Business is doing well as many Oregonians set out to cool down on the water, but drought means there's not enough water for some areas to remain open. 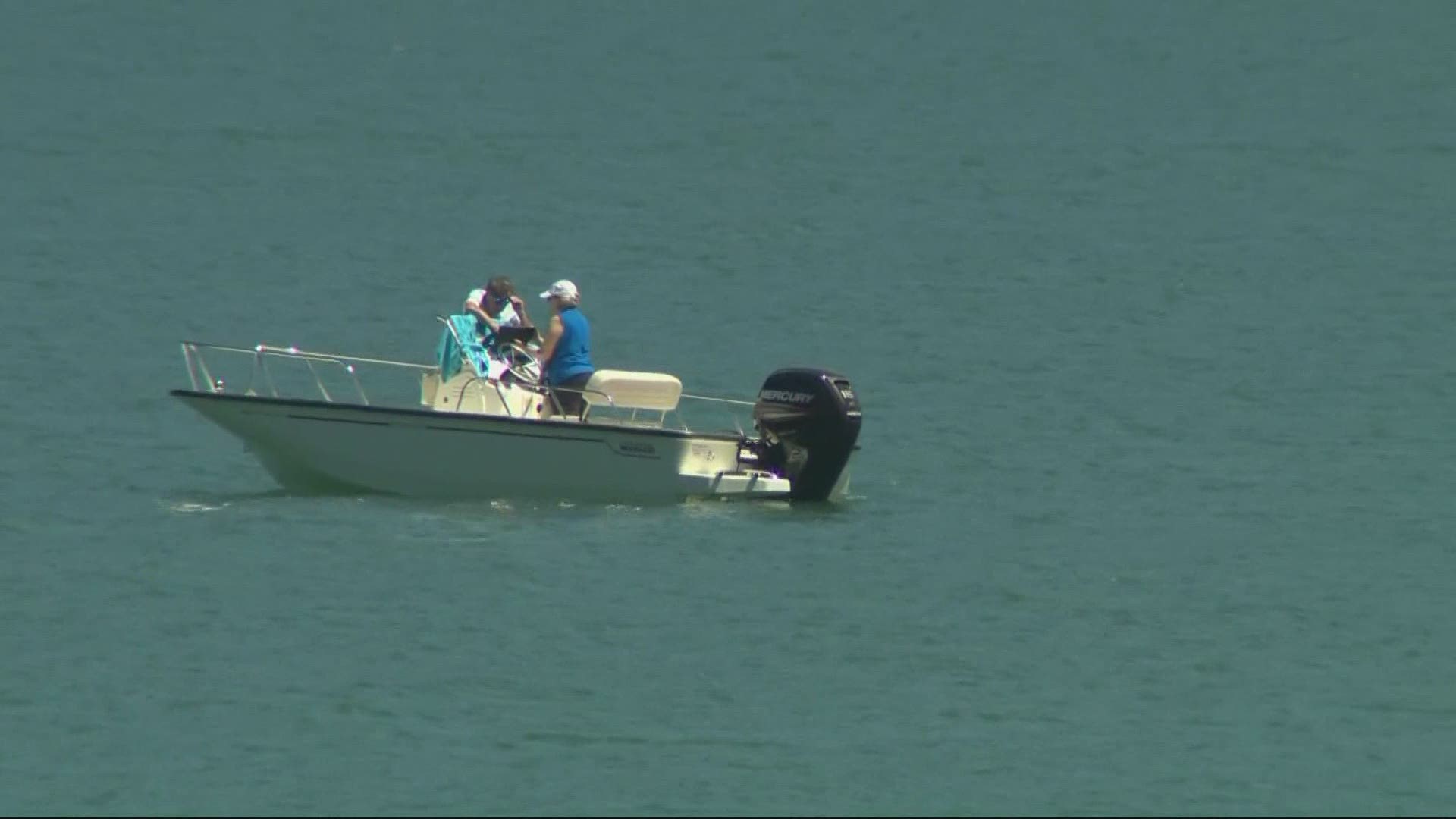 DETROIT, Ore. — Detroit Lake Marina is set to close early this summer because water levels are too low.

Lucas Lunski manages the marina, which made that tough decision and announcement this week.

"We are low water levels, about 22 feet from full pool," Lunski told KGW on Saturday morning. "We're just having to shut our docks down early because there's only about three and a half feet under our shallowest area."

Detroit Lake Marina posted on Facebook saying all boats need to be out by July 11.

To our amazing moorage customers: Sadly, this season is having to come to a close earlier than any of us wanted or...

Lunski noted drought this year is a big factor.

Back in May, Dustin Bengston with the US Army Corps of Engineers echoed that concern.

Changes at Detroit Dam are also adding challenges in 2021.

Under a new plan this year, the US Army Corps of Engineers is keeping reservoir levels down at Detroit Lake. It is working on assessments of the dam, with concerns that a large earthquake could cause a breech of the spillway gates.

To lower the risk of a breech and flood, the corps capped the amount of water in Detroit Lake to reduce pressure on the dam.

This year, that meant five fewer feet of water allowed, which has an impact on businesses. However, drought and lower snowmelt are still the biggest problems.

Credit: The US Army Corps of Engineers
A diagram shows the adjusted water level requirements for Detroit Lake, based on safety assessments of the dam.

Although rentals are fully booked at Detroit Lake Marina, Lunski knows water levels dictate when he can keep it open.

"For us to move the docks for winter, we need to make sure we have enough water to get them upriver," he explained.

Various marinas and businesses reopened just about a month ago, newly repaired after wildfires destroyed much of Detroit last year.

RELATED: Eight months after wildfires, Detroit hopeful tourists will come back this summer

Low water levels are the latest challenge for businesses that represent the community coming back to life.

"[It's] Unfortunate we have shut down soon," Lunski said. "Because a lot of people are just getting their summer started."

"When I think of what it must have taken to rebuild and be ready for customers in 8 months...only to suffer another blow. Hopefully you can feel the virtual blanket of empathy from all of us."

Although Detroit Lake Marina will not remain open much longer, Lunski expressed hope Oregonians will still enjoy the lake's day-use areas and campgrounds to help support his neighbors.

"It is open and it's still beautiful. Water's really warm. Just hope people will come back even though we have low water," he said.

RELATED: Students in the Santiam Canyon reflect on pandemic, wildfires on last day of school