‘I will serve this community again’: Deputy shot near Hagg Lake vows to return to work

Two deputies were shot and injured on Aug. 8, 2019 chasing after an armed man in Washington County 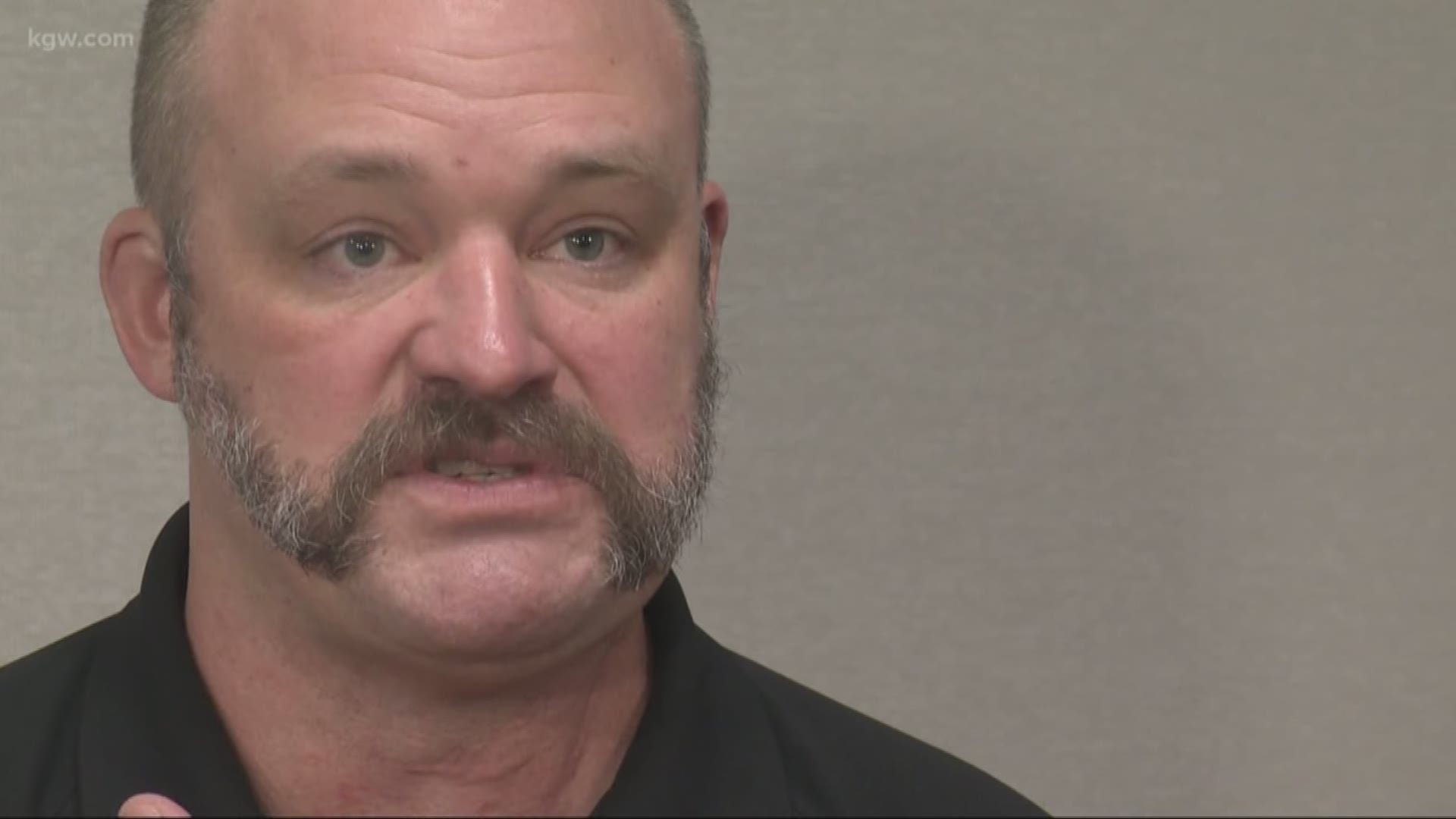 HILLSBORO, Ore. — Corporal Jeremy Braun has marks on his body that will forever remind him of Aug. 8, 2019.

"This scar here is the most recent one. They went in and beefed up my vocal chords," he said pointing to his throat. "This scar here [pointing to the left side of his neck] speaks so much because it goes all the way down here [to his chest. I've had surgeon's hands inside my throat massaging my carotid and my jugular. It's a reminder that other people's decisions and how they choose to lead their life can affect other people."

On Aug. 8, Braun and deputy Chris Iverson were searching the woods near 54700 SW Scoggins Valley Rd, north of Henry Hagg Lake, for an armed theft suspect.

At around 5:30 p.m., both were fired at and hit with birdshot, tiny BB-like pellets used in bird hunting.

The man who allegedly shot them, Dante Halling, was later arrested and charged with attempted murder.

Braun sat down Thursday morning, with his wife Joy and Washington County Sheriff Pat Garrett by his side, to reflect on the shooting and talk about his recovery.

He started off with one word: overwhelming.

"The love I have received, the support given to my family and my teammates, all overwhelming," Braun said while reading a prepared statement.

He then opened up candidly, but had a hard time finding the words to describe what the last six months have been like.

His injuries were serious. His carotid and jugular were punctured. He had damage to his vocal chords, but surgery fixed it so he could talk again. Pellets from bird shot traveled up and down his body, many will remain forever.

"We've always lived life with the understanding that I may not make it back home, I just didn't understand how crappy that would be," Braun said.

He spent months in rehab learning how to conquer the simplest of tasks like walking and swallowing, even living off pureed food for the first few months.

"You're not living until you're excited about pureed french toast and pureed eggs," he said laughing.

Once he could handle solids, he had a list of foods he craved.

"Gyro House. I don't know if you guys have ever had the Gyro House. Then somebody brought me Thai food and then Chick-fil-A," he said with a grin, "It was a good next step, but I was so glad to be done with the pureed stuff."

Braun and his wife Joy have been married for 16 years. Joy says she was at home when she heard about a shooting and called the sheriff's office for more information.

"Hey, I heard there was a shooting," she said recalling the phone call she made. "And he said this is not how you're supposed to find out. I was like, that's not good," Joy said.

A deputy took her to the hospital and when she walked into the trauma center at OHSU she said it was like something you see in movies.

"There's just like an ocean of blue. It was very surreal." Joy said.

"In the SWAT world, our goal is that when we show up everybody looks to us and goes 'the world's OK.' We bring calm. We don't bring screaming, we don't bring yelling," Braun said. "I didn't realize that until this event how much I value that in all aspects of my life. And my wife, she showed up and brought calm to the world. The world at that time was OHSU and the trauma center."

Braun said he credits his wife, his three kids and his brothers and sisters in blue for getting him to where he is today.

His hope is to return to work within the year.

RELATED: Deputy recovering in rehabilitation hospital after being shot near Hagg Lake

RELATED: ‘Somebody’s got to look out for them’: Medic credited with saving injured deputy’s life