Deputy acted in self defense when he shot, killed man in Happy Valley, grand jury rules

Authorities said Jeremiah Lee Wright was armed with a gun when he stopped and turned toward the deputy during a foot chase on June 7. 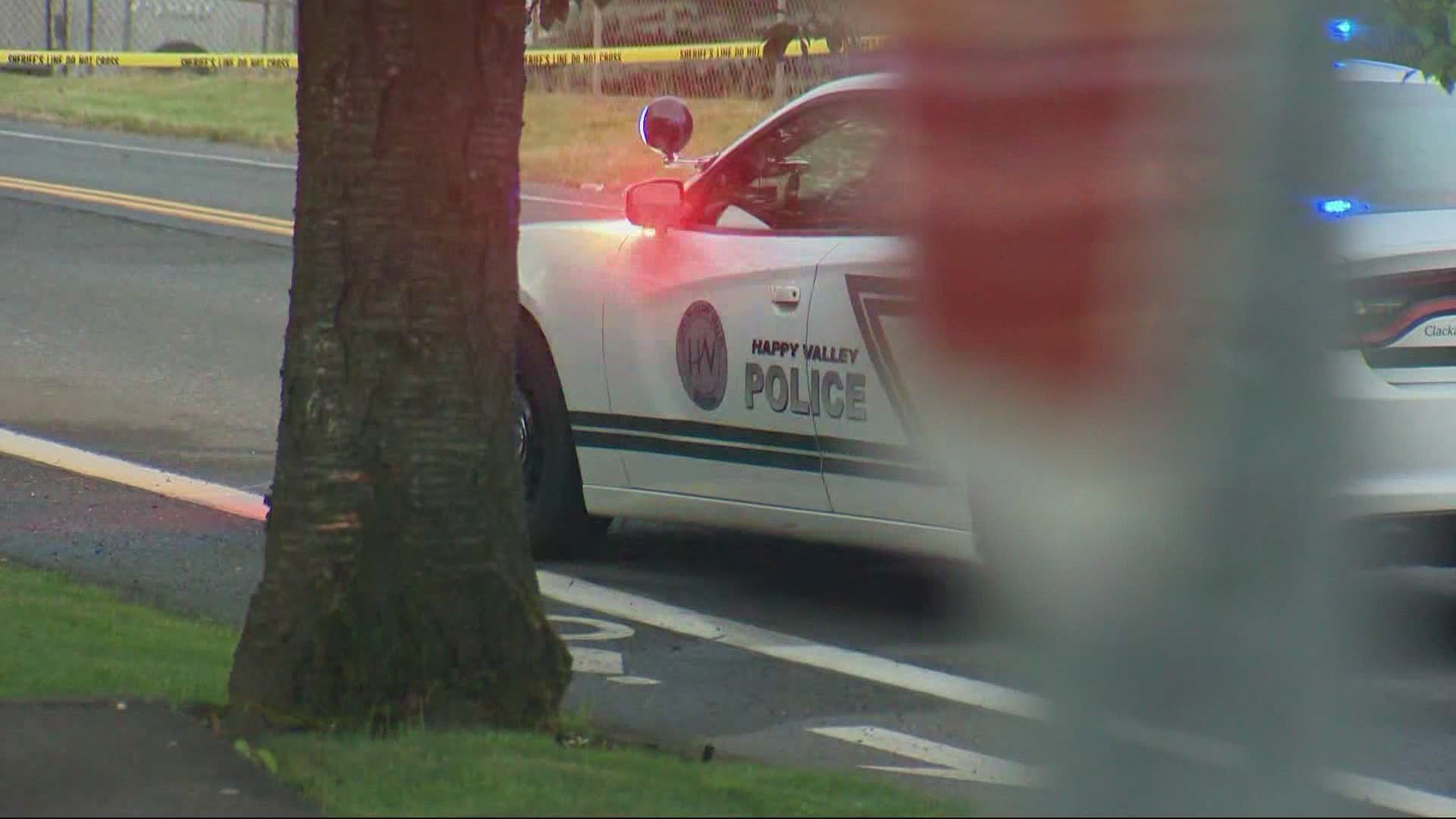 HAPPY VALLEY, Ore. — A grand jury decided that a Clackamas County sheriff's deputy who shot and killed a suspect in Happy Valley on June 7 acted in self defense.

The suspect, Jeremiah Lee Wright, was armed with a gun when he stopped and turned toward Deputy Casey Newton during a foot chase, and he refused to obey the deputy's commands to drop it, according to the Clackamas County District Attorney's Office.

In a report, the DA's office said Deputy Newton tried to pull over Wright for driving without a license plate near the intersection of Southeast 129th Avenue and King Road around 2 a.m.

Wright fled from the deputy and led a mile-long chase. The DA's office said he drove through a construction barricade and hit speeds close to 100 miles per hour before crashing over a sidewalk and into the fence of Sunnyside Montessori School at Southeast 122nd Avenue and Eagle Glen Drive.

From there, Wright got out of the car and ran southbound. After about 400 feet, he stopped and turned around with a 9mm semi-automatic Glock pistol in his hand.

Credit: Clackamas County Sheriff's Office
Dash camera footage from the deputy's patrol car shows the suspect running with a pistol in his hand following a car chase in Happy Valley on June 7, 2021.

The DA's office said Deputy Newton shot Wright in the torso after he refused to obey commands to drop the weapon.

Wright, a convicted felon prohibited from having a gun, was on parole at the time of the shooting. The car he was driving was stolen and contained heroin, fentanyl, steroids, methamphetamine, OxyContin and ammunition for the pistol.