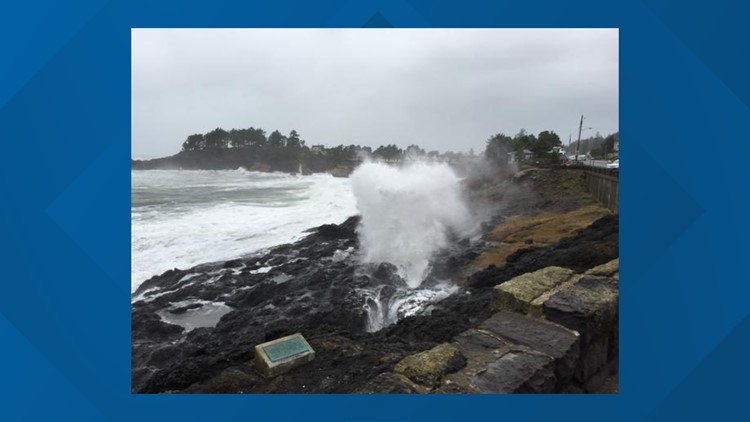 DEPOE BAY, Oregon — Depoe Bay will soon have a sign marking an important filming location related to the classic film, One Few Over The Cuckoo's nest.

Oregon Film announced on Tuesday that the sign will be unveiled on Thursday, Dec. 19.

The Depoe Bay harbor featured prominently in the film when Jack Nicholson’s character, Randle "Mac" McMurphy, staged an escape from the hospital and led his fellow patients to the harbor, where they commandeered a fishing boat and took it out for a day of fishing.

Dockside Charters provided the picture a boat for the film when it was shot in March 1975.

This newest sign on the trail comes on the heels of two others, relating to the same film, that were installed in Salem last month; one at the Oregon State hospital and the other at the Department of Correction's "Dome Building." Visitors to Depoe Bay will be able to stand next to the sign and see the picturesque harbor in front of them.

This sign is a collaborative partnership between the Oregon Film Office (partnered with the Oregon Made Creative Foundation) and the Depoe Bay Chamber of Commerce and has been funded in part by a grant from Travel Oregon.

"Depoe Bay is honored to be a part of the Oregon Film Trail and we know our residents and visitors will enjoy sharing these fun film memories with their families and friends. We’re looking forward to additional efforts to commemorate other filming in our community," said Depoe Bay Chamber Executive Director Laura Furgurson.

Fans of other movies such as Twilight, Point Break, The Goonies, Kindergarten Cop, Sometimes a Great Notion, Free Willy and Short Circuit, among others, have been coming to the coast since these films were first released. Some of those trail signs can be seen at Gleneden Beach, Ecola State Park (two locations), Astoria and Hammond Marina in Warrenton.

"We continue to be amazed by the response this program is having," said Tim Williams, executive director of Oregon Film. "We get new suggestions every week and we keep adding them to our fast-growing list. Oregon has so many iconic locations that this Film Trail will continue to grow."

RELATED: Made in Oregon: Film office celebrates 50 years of movies