A couple hundred people showed up to ask that every vote gets counted this election. 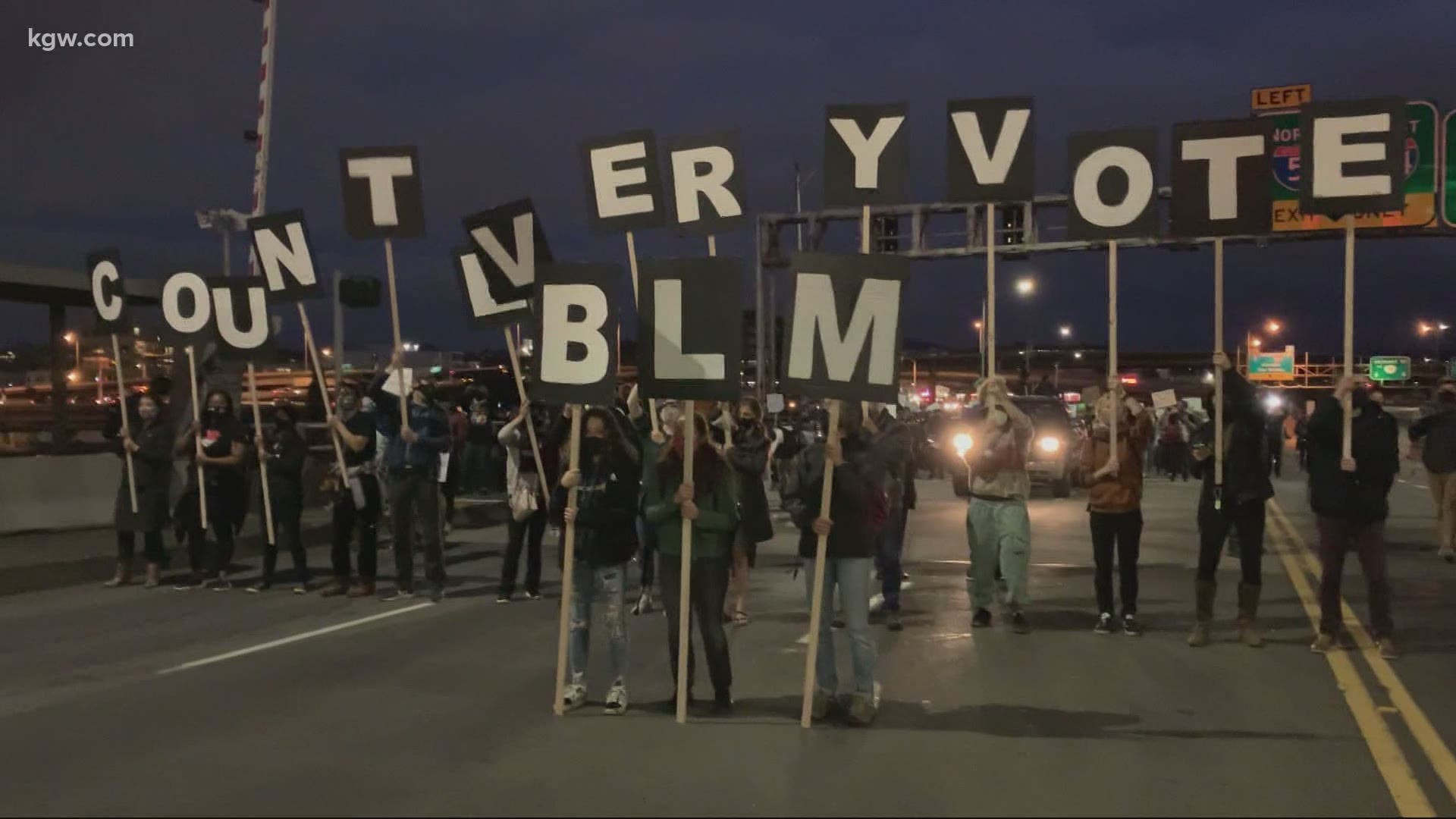 PORTLAND, Ore. — For the past five months, Revolution Hall has become a popular spot to hold rallies, speeches and a starting point for marches against racial injustice.

Wednesday evening, the day after Election Day, a couple hundred gathered outside the building at Southeast Stark Street and 14th Avenue to call for justice and demand that every single vote counts this election.

"We're here to defend democracy and make sure that every vote is counted," Defend Democracy Coalition organizer Destiny Houston said, "We are providing an opportunity for people to come together and realize they are not alone, that there is going to be support no matter what the outcome is."

The results are still being counted as of Wednesday night. In some states, it will take every last vote before a winner will be declared, and then there are the court battles that most likely will ensue before an official winner is declared president of the United States.

Regardless of whoever is elected or reelected the next president, organizers say it won't change things overnight for the Black community.

The group advocated for a peaceful event, asked everyone to wear masks and socially distance during a march to downtown Portland for a continuation of the same rally in Waterfront Park south of the Burnside bridge.

"It just makes it really obvious who's on what side," said Tommy Kiser, who walked along the march with his wife and children. "It's unfortunate that it has to be so polarized, but at this point one side is trying to make sure as few voices are heard as possible and the other side is trying to include everyone."

The group walked down across the Morrison Bridge, temporarily halting traffic. They briefly stopped at mid-span to hold up letters that spelled out "COUNT EVERY VOTE" and "BLM".

The plan was for the group to walk to the Burnside Bridge where the Saturday Market is held, then walk back to Revolution Hall.

"The end game is to make sure that every vote is counted and come up with strategic action plans to address any violence against the BIPOC community that arises because of this election process," Houston said.

A separate group that met at the North Park Blocks Wednesday night held a march that was declared a riot after demonstrators began smashing windows. The Oregon National Guard was activated and a number of people were arrested.