A slow-moving landslide is still in motion on Yakima's Rattlesnake Ridge. 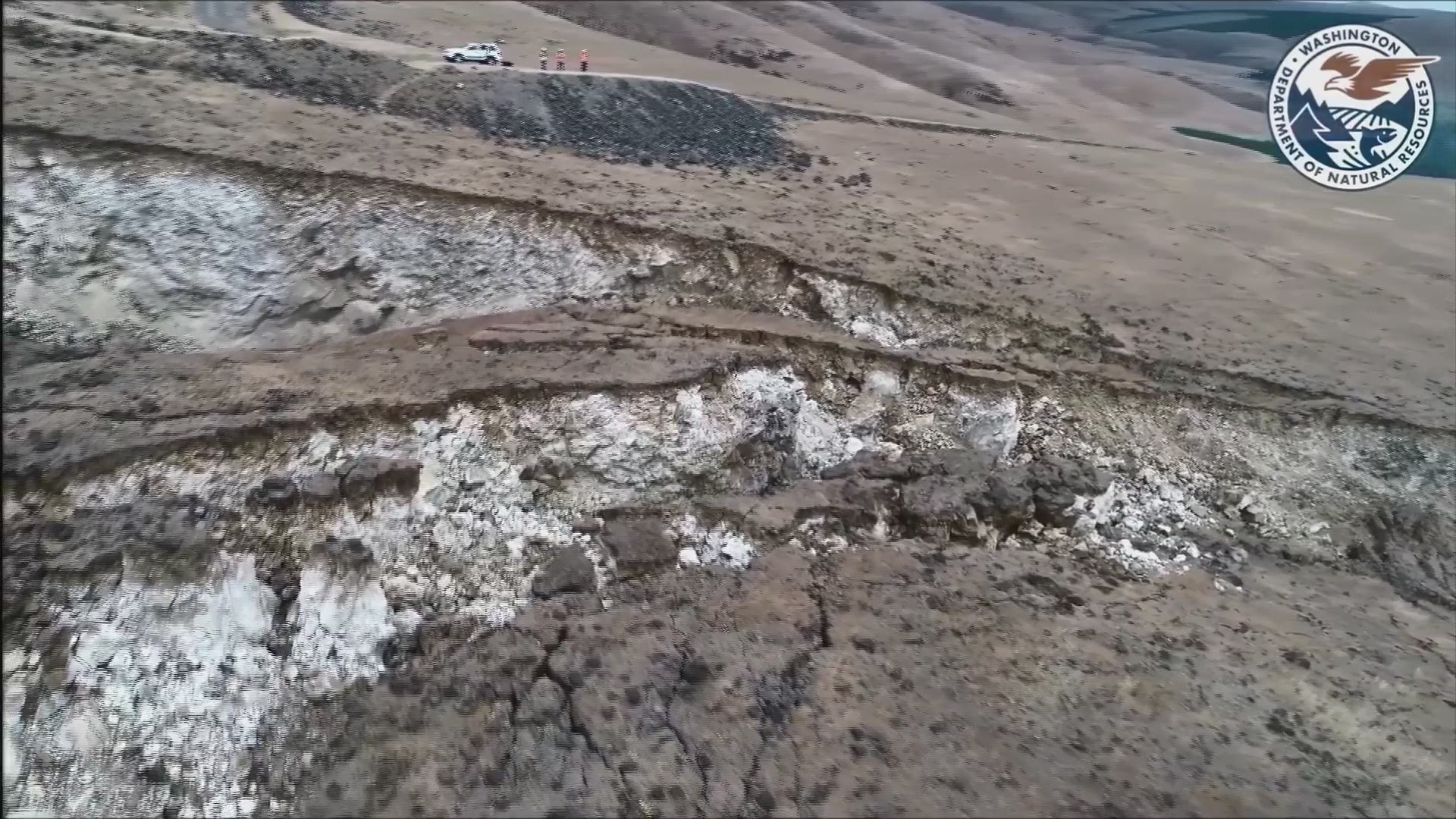 New drone footage shows progress of the slow-moving landslide on Yakima's Rattlesnake Ridge. The Washington Department of Natural Resources says the slide spans 20 acres of land moving at a rate of 1.5 feet per week.

Geologists use a drone to monitor the slide event as it travels south near Union Gap, about three miles south of Yakima. Mike Tonkel with the Washington Geological Survey says they stitch the drone images together with a computer algorithm to create a 3D model of the landslide's progress.

"Over time, we can take these various images that have been taken at different points in time and we can follow the progress of what's going on with the land and surface features, so we can watch how fractures and gaps grow." Tonkel continues, "We can also watch which direction the land is moving and then make calculations based off that - for volume, distance, speed."

DNR says the landslide is moving toward a quarry managed by Columbia Asphalt. Mining operations there have stopped while the slide event is being inspected.

In the event report for Rattlesnake Ridge, DNR leaves a candid assessment of the slide's future: "What do we think will happen and when? The honest answer is no one knows for certain. There are a number of possibilities. The most likely scenario is that the landslide will continue to slowly move to the south, where the landslide mass will fall into the quarry pit and accumulate."

The state originally predicted a full slide to occur by March, but have since dropped any timeline for a collapse.