15-year-old boy dies after being stabbed by another teen on Metro, police say

A 15-year-old girl was arrested and charged with first-degree murder while armed. 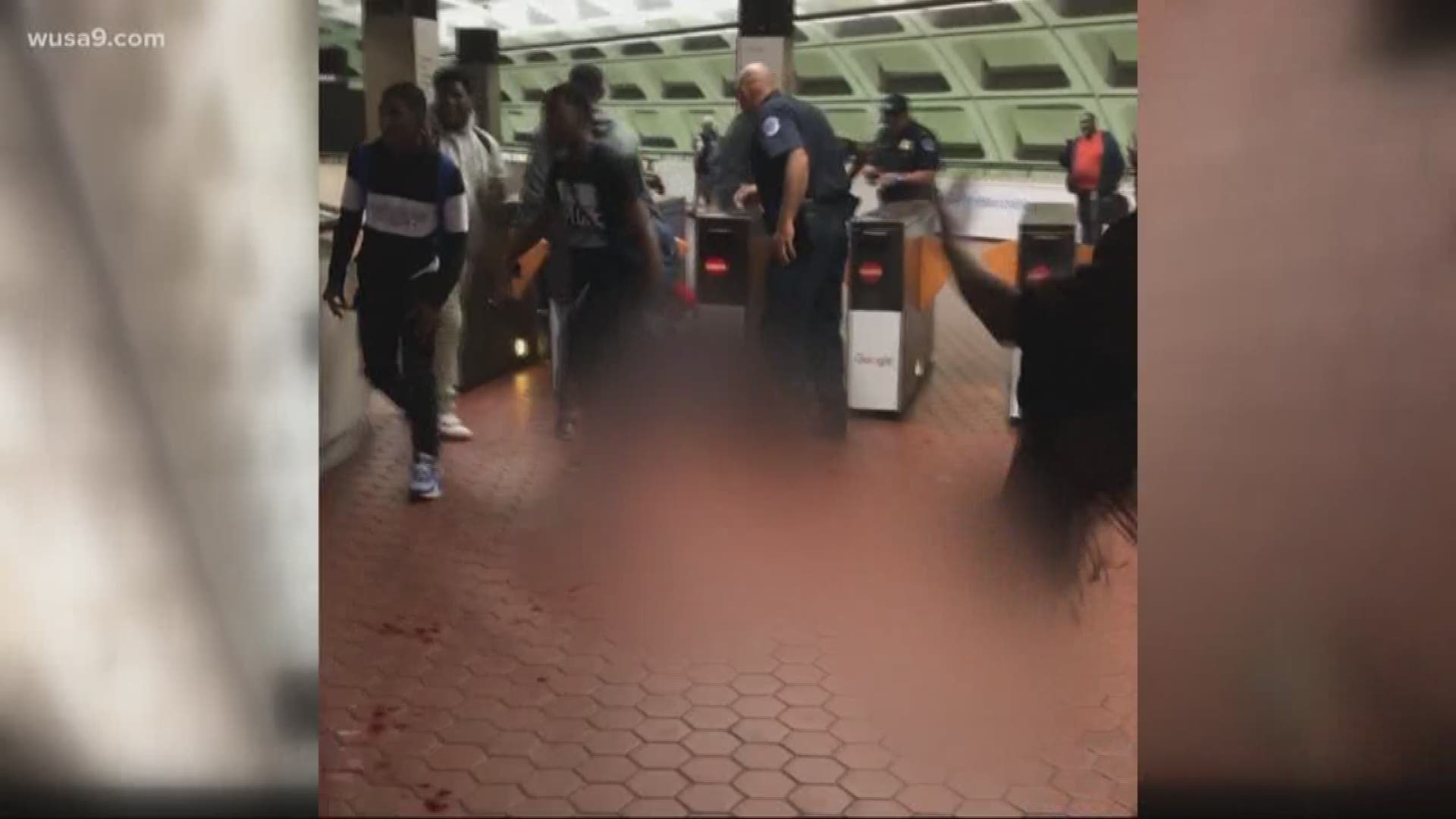 Metro Transit police and other authorities were called to the 300 block of 1st St SE for the report of a stabbing around 12:30 p.m.

"Due to the severity of the victim’s injuries, the Metropolitan Police Department’s Homicide Branch assumed investigative responsibility," police said. "Investigation at the scene determined the stabbing took place inside of an orange line rail car."

The victim walked up to the station kiosk and collapsed. He was taken to a hospital in life-threatening condition, police said.