The Portland Gay Men’s Chorus is starting its 41st year virtually and auditions are just around the corner; open to anyone no matter age, gender or sexuality. 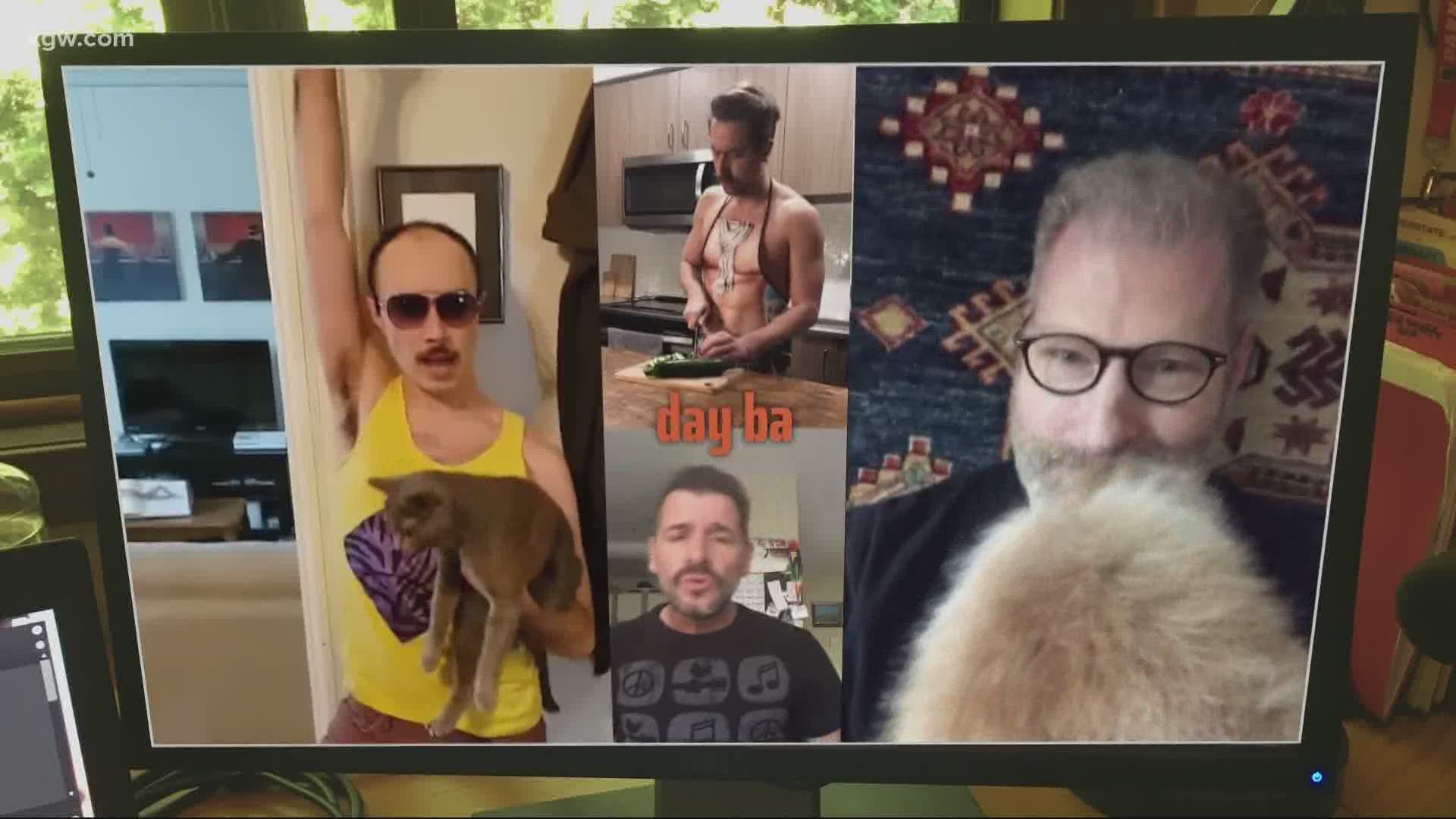 PORTLAND, Ore. — The Portland Gay Men’s Chorus (PGMC) is more than a choir: It’s a community, a family that’s open to anyone no matter your age, race, gender or sexuality.

This year, because of the pandemic, the group is going completely virtual and that has allowed them to open auditions up to people who live outside the Portland Metro area.

"So, the name of our season is actually, 'Dare we Sing!' And we are embracing the idea of adapting and changing and finding a new path to make art together that will uplift our community and uplift our audiences," PGMC Artistic Director Johnny Atorino said. "Right now, I think more than ever, we do need to be creating, we do need to find a way to sing together somehow."

For three months, every Monday at 6:30 p.m. on Zoom, the chorus will meet to rehearse and connect.  It culminates with an online performance focused on the resiliency ahead in a show called "Snowed-In with PGMC."

Attention all singers! Auditions are just around the corner for @pdxgmc's 41st season. They're going all virtual this year and auditions are open to everyone; no matter your age, gender, sexuality, race, or even location! pic.twitter.com/ZU91EH8Ob2

"I think the idea and the metaphor of us staying together virtually, despite the odds, is very on-brand for PGMC and many other queer choruses since they started in the 80's," Atorino said. "Despite the odds we still sang, we still found a way to sing together."

"When I moved to Portland I was not out; I had never sung in a men’s chorus," said PGMC tenor Vikram Srinivasan. "I didn’t even know what men’s choruses were like or what kind of music they created."

Ten years ago he was new to the city, and he took a chance auditioning for PGMC.

“Overnight they just took me in, and I found the family that I always was looking for,” Srinivasan said.

In the last decade Srinivasan says he’s seen this chorus empower the queer community and it has given him the strength to come out to his family, to grow as a person, and to find a community unlike any other.

He wants more people to feel that same sense of belonging; community, culture, and personal growth.

“I don’t know of any other force that is more powerful, that is more universal, that sort of transcends barriers unabashedly than music can,” Srinivasan said.

PGMC is one of just six recipients of the 2020 Governor’s Arts Award, the highest honor given to an arts organization in the state.

If you can hold a tune and love the joy of music, you’re the right fit for PGMC. Auditions are coming up on Saturday, Sept. 12. You’ll just need to prepare a 30-second to 1-minute verse and chorus of a song that best shows off your voice. Go to pdxgmc.org to sign up and learn more.