Clark County Public Works is warning people to stay away from the toxic plant because it can cause severe burns. 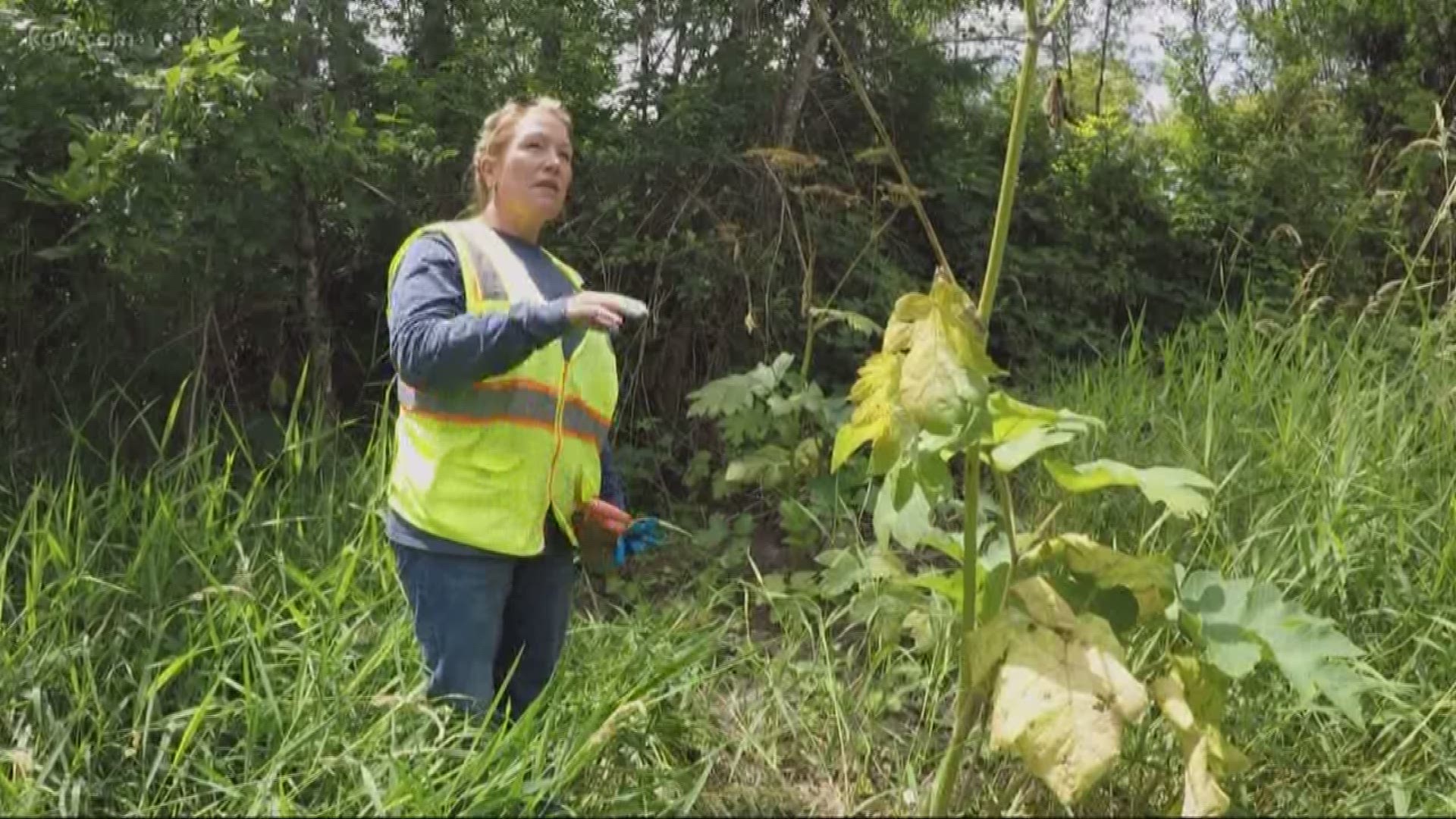 CLARK COUNTY, Wash — Clark County Public Works is warning people to stay away from a toxic plant that can cause severe burns.

Giant hogweed has been spotted in the Salmon Creek area, mostly along the watershed.

The county has a vegetation management team working to get rid of the plants.

When the hogweed’s sap is combined with sunlight, it can cause second- and third-degree burns, and permanent blindness in some cases.

Last year, a Virginia teen suffered burns on his arms and face after he came in contact with giant hogweed while he was removing it from a yard. He did not know the danger of touching the toxic plant.

Clark County Public Works is asked anyone who sees the hogweed in our area to note its location and send a photo if possible. 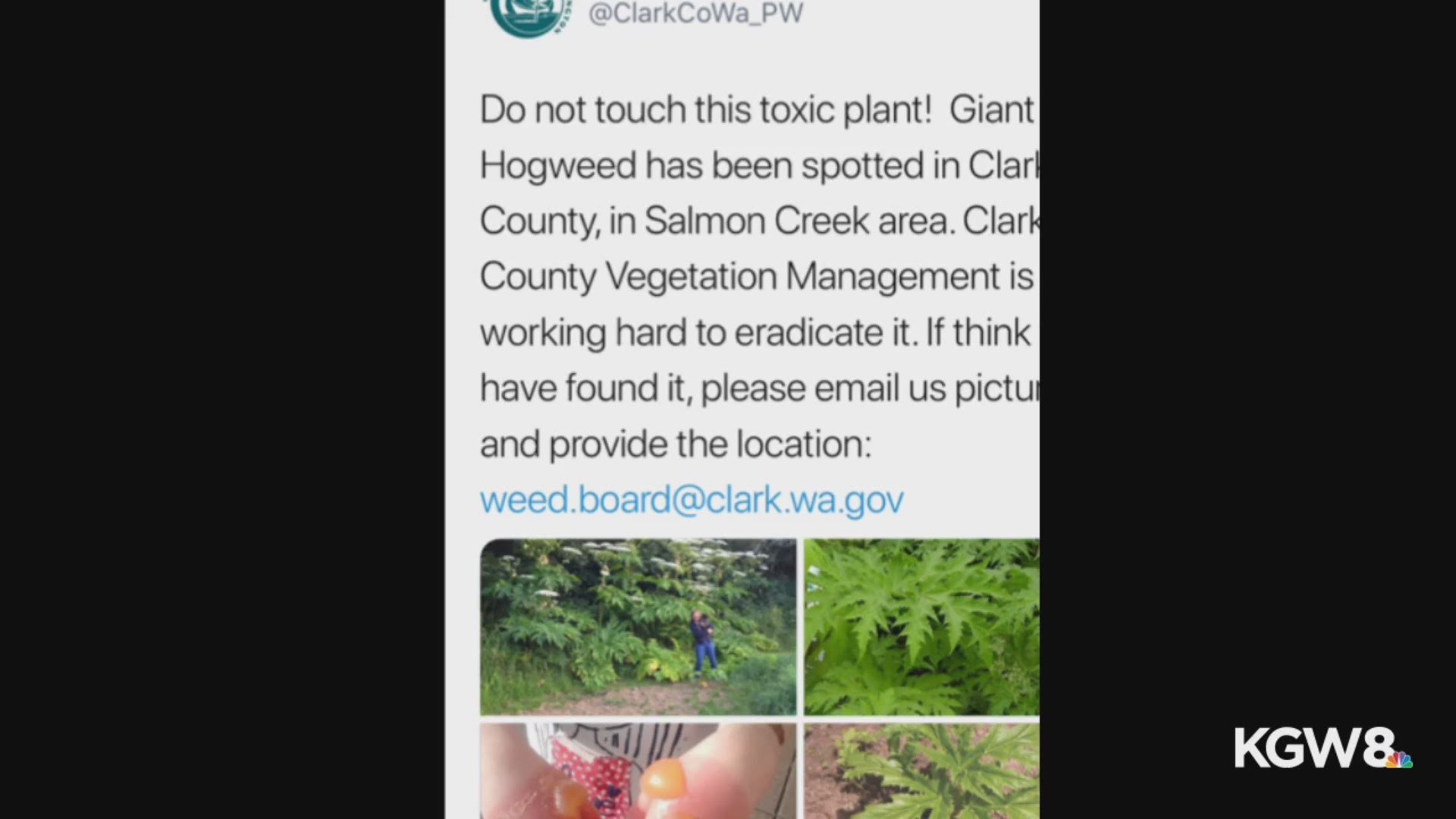 How to spot giant hogweed | Photos

Clark County Public Works says giant hogweed can grow 10-15 feet tall and has dark reddish-purple spotted stems and leaf stalks with dense, stubby hairs that cover both. Its stems can be two to four inches in diameter with large deeply incised compound leaves that are three to five feet wide.

Flowers bloom mid-May to July with numerous large, umbrella-shaped white flower clusters that can be up to two and a half feet in diameter across the top. Seeds are winged. Giant hogweed is usually found in ravines, parks, wooded open spaces, roadside ditches and wetlands. The plant prefers partial shade but can grow in full shade to full sun.

Giant hogweed is similar in appearance to native cow parsnip. Giant hogweed is much larger however, the purple blotches are more raised and bumpy, and the hairs underneath leaves are shorter.