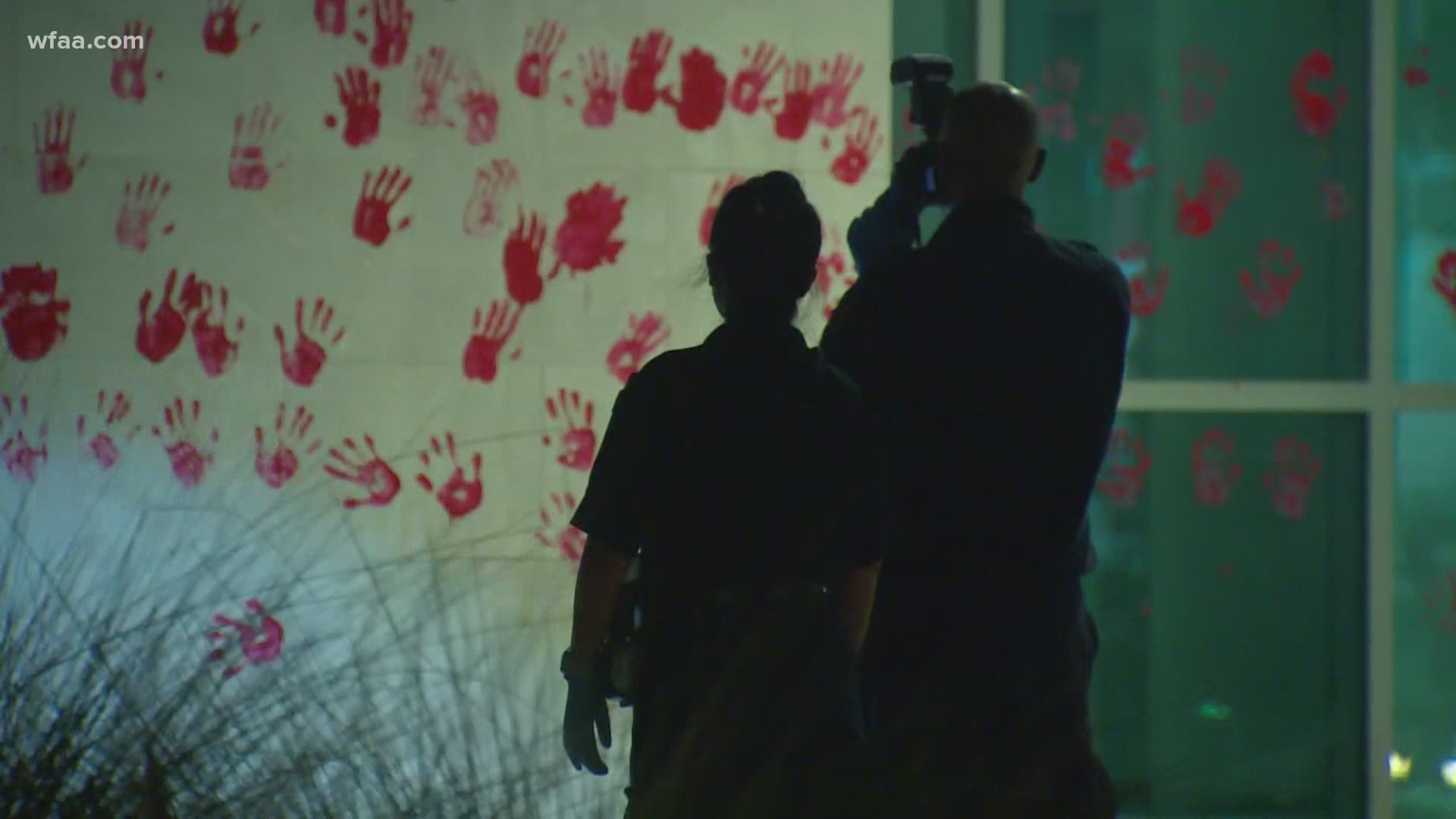 Dallas police officials say two women were detained and questioned about the vandalism but were not arrested in the incident.

Police said about 30 people went to the headquarters around 8:30 p.m. Thursday "for reasons unknown at this time."

A racial justice group said they gathered outside the headquarters at 1400 S. Lamar St. to hold a vigil for those who have died at the hands of police.

"We’re tired of Black and Brown bodies being taken. It really was to just honor the lives taken," said Angelica Andrade. "Botham Jean should have been celebrating his birthday this year, like many others."

The group read the names of 265 people who have been killed by police or died in police custody. Andrade said the group did not put the red handprints on the building.

She said she did not see spraypaint but did see a bottle of red fingerpaint.

"Nobody should be charged because there was no property damage," Andrade said.

Dallas police officials said there were no arrests made in the incident.

But later in the night, the Dallas Police Association also released photos showing red handprints on the association's building. The photos also showed a chalk outline of a body on the ground outside the building and the words, "Kill a cop. Save a life."

The police association said the people also wrote the name of the group's president, Mike Mata, on the ground and building.

The group said the vandalism is an example of "the growing anti-cop sentiment in Dallas."