Haunting on lane 1: Washington bowling alley has a ghost that keeps on rolling

Daffodil Bowl has been around since the 1950s. Its owner says due to the pandemic closures, they've been able to experience things they believe must be paranormal. 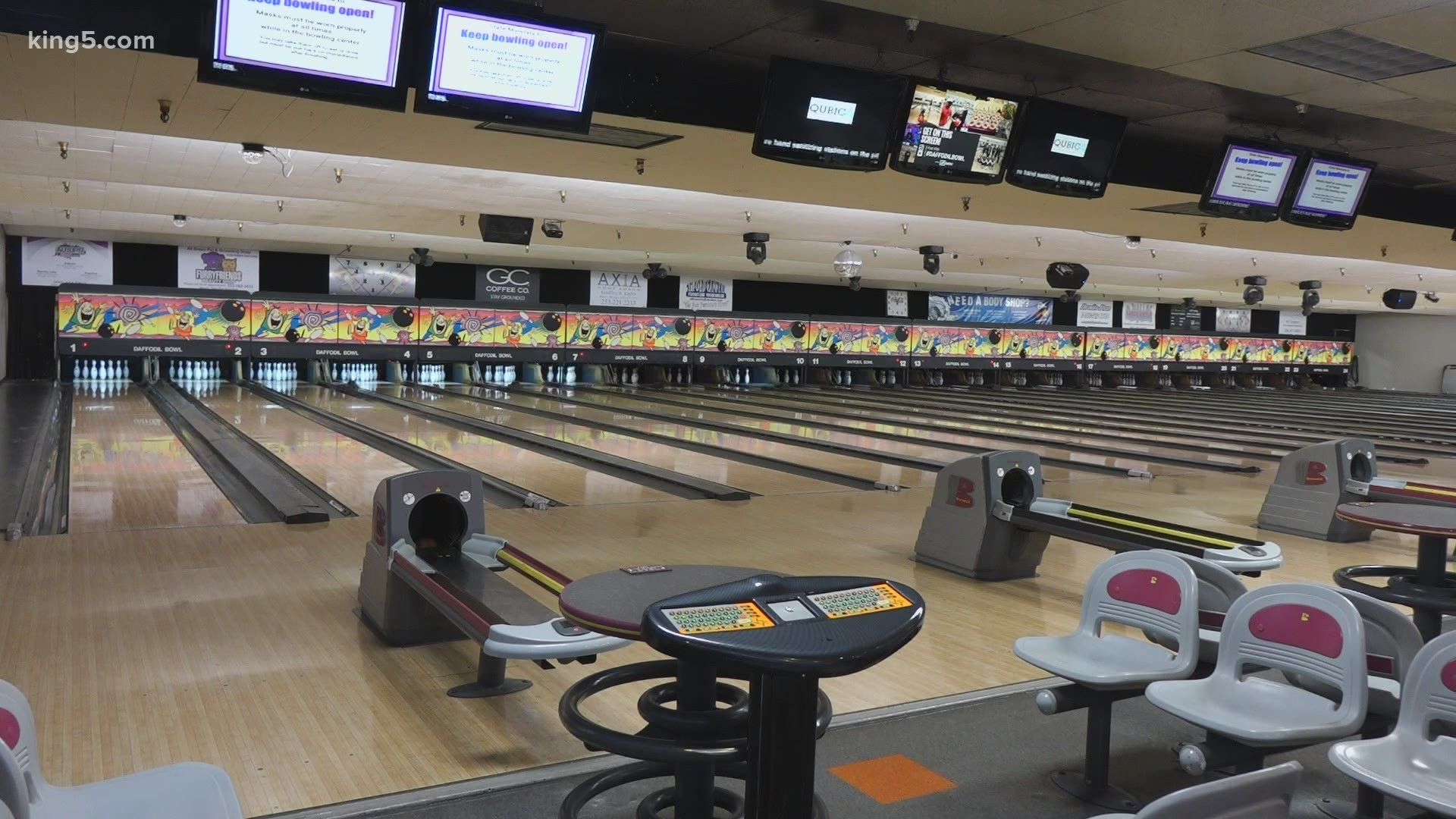 PUYALLUP, Wash. — Daffodil Bowl in Puyallup has been around since the 1950s. Brad Swartz took over ownership nearly three years ago and has recently learned something rather curious about his bowling alley.

"The previous owners of 22 years never mentioned that this place is known to have a ghost!" said Swartz.

Swartz works alongside his daughter Ashley and said during the pandemic closure they have been able to personally confirm the rumors of paranormal activity on their lanes. Both were quick to say it’s not something they’ve seen but what they've consistently heard.  Ashley said that as often as every 15 minutes they can hear the distinct sound of a bowling ball being thrown down the lane.

For the first time in decades the bowling alley is nearly silent and that makes the sound of a lone bowler more noticeable.

After mentioning what they have been hearing to employees it became clear that they were the last to know about their friendly ghost that refuses to leave Daffodil Bowl.

Swartz said just about every employee has a story or two about strange noises and occasional sightings like bowling shoes flying off the shelves or cooking utensils dropping from the walls in the kitchen.

An employee named Corey said she’s been working at the bowling alley for over 30 years and confirmed she’s had some personal encounters.

"He comes up behind me and says my name. Sometimes he turns on the pin setters in the back as a way of letting me know he’s here and to have a good day or something," said Corey.

The identity of this seemingly friendly ghost is a minor dispute. Many believe it’s the spirit of a former loyal customer who died of a heart attack and died on lane 1.

"That’s where we usually hear the sound of a ball rolling…lane 1" said Swartz.

Daffodil Mechanic Larry Davidson has been on the job for more than a decade and said he has seen and heard many things he has accepted as paranormal.

"I’ve seen figured hunched over these machines, I’ve seen a dark figure walking to the back of the lanes when I’m the only one here at night and the doors are locked," said Davidson.

Davidson said he believes the ghost is actually a former mechanic who had his very job for a long time before his passing. That mechanic lived in a house that’s just across the parking lot until the home was torn down last summer.

Whether it’s a former mechanic or the loyal bowler who frequented the lanes -- everyone seems to agree that it’s not a scary haunting. They’ve even named the ghost "Daffodil Don" to honor his presence.

Swartz said the bowling alley hasn’t been closed for more than a day in decades so it’s possible the ghost has always been there but it’s never been calm enough to notice.