Dads get more freedom this Father's day compared to 2020

It was a Father’s Day with more opportunities to celebrate together this year. And dads and kids were out taking full advantage. 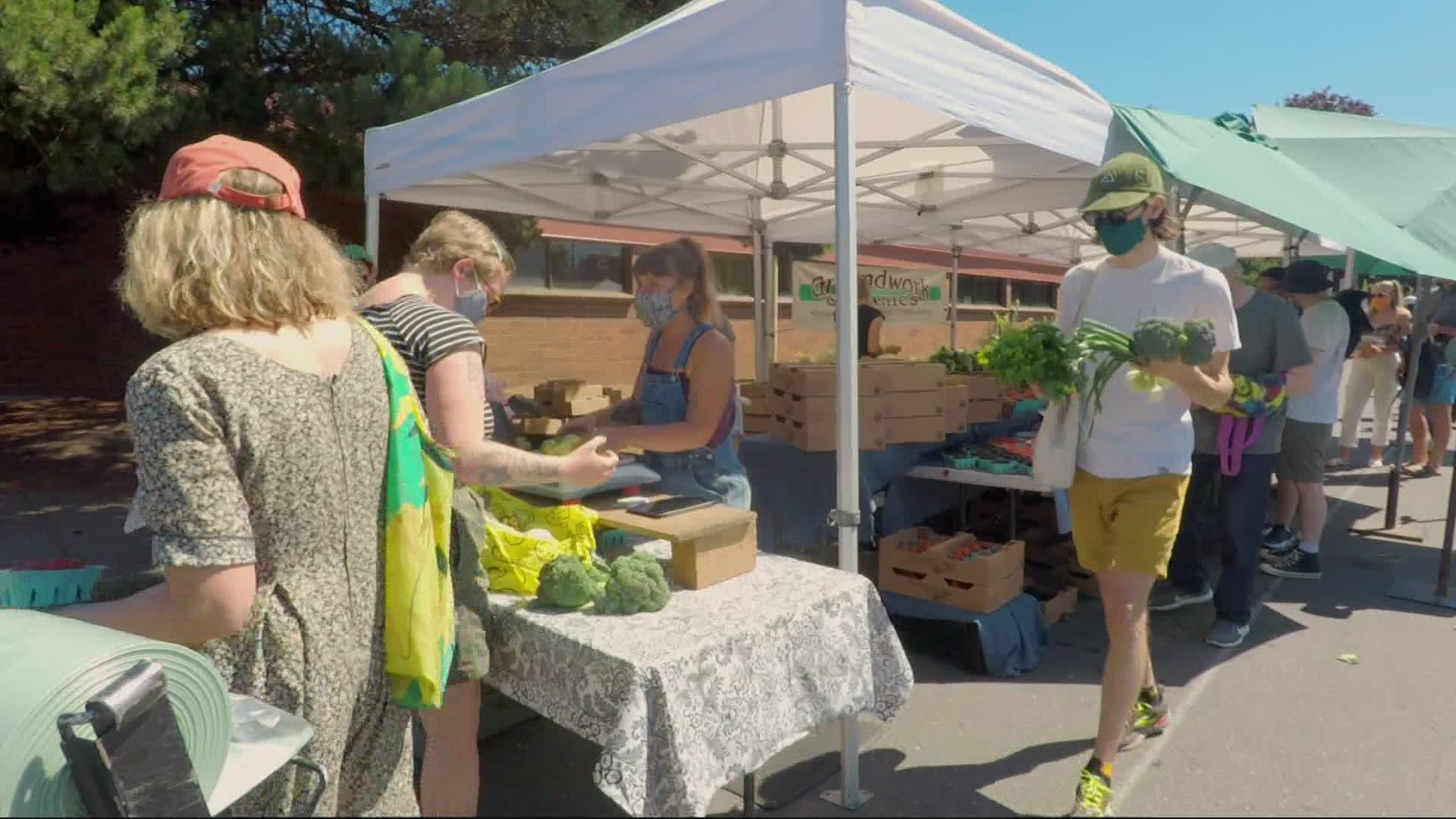 PORTLAND, Ore. — The masks were still mostly on at the Portland Farmers Market in Northeast Portland, but pandemic moods were improving this Father’s Day.

“I feel like we’re on the downslope we’re trying to get back to normal,” said Jake Fleet, who was visiting from Seattle with his family.

The produce at the market looked great and the crowd was growing. Jami Epstein was working the market for Groundwork Organics. She said last year at this time was much quieter.

“It’s wonderful everybody’s out with their dads and having the best time. They’re here with the whole family and enjoying and living it’s nice to see things starting to return.” said Epstein.

Yimsze Lamb says he and his family are pleased some normalcy is returning.

“I don't remember what we did last year probably just stayed home,” said the dad. “So to be able to go out and do things, it's great.”

And talk about getting back to near normal, how about two pro-soccer matches this weekend in Portland?

Saturday night the Portland Timbers won their match against Sporting KC with 80% percent capacity, or about 20,000 vaccinated fans in attendance, including Tim Gordon and his brother-in-law.

Sunday, the Portland Thorns took on Kansas City, with the same 80% fan capacity at Providence Park.

Kamu Miles was home with his family last Father's Day.

This year the dad brought his three kids Saturday night, and again to see the women win on Father’s Day.

"This year we get to go out and enjoy the social life. It feels great, you know it’s been a long time coming and we’ve been very patient, we’ve been coming to the games when there’s been 15-20% capacity. And last night’s game was electrifying," said Miles.

From soccer to skating, the Rose City Rollers had a pop-up skating event on Sunday in the North Park Blocks, so kids like Zoe could skate her heart out.

“Oh, it’s great, such a relief,” said Zoe’s dad Daniel Mills, who added, “Last summer was so depressing with the splashpads closed and the parks closed, yeah it was rough.”

Rough then, but getting better now, on Father’s Day and the first day of summer.