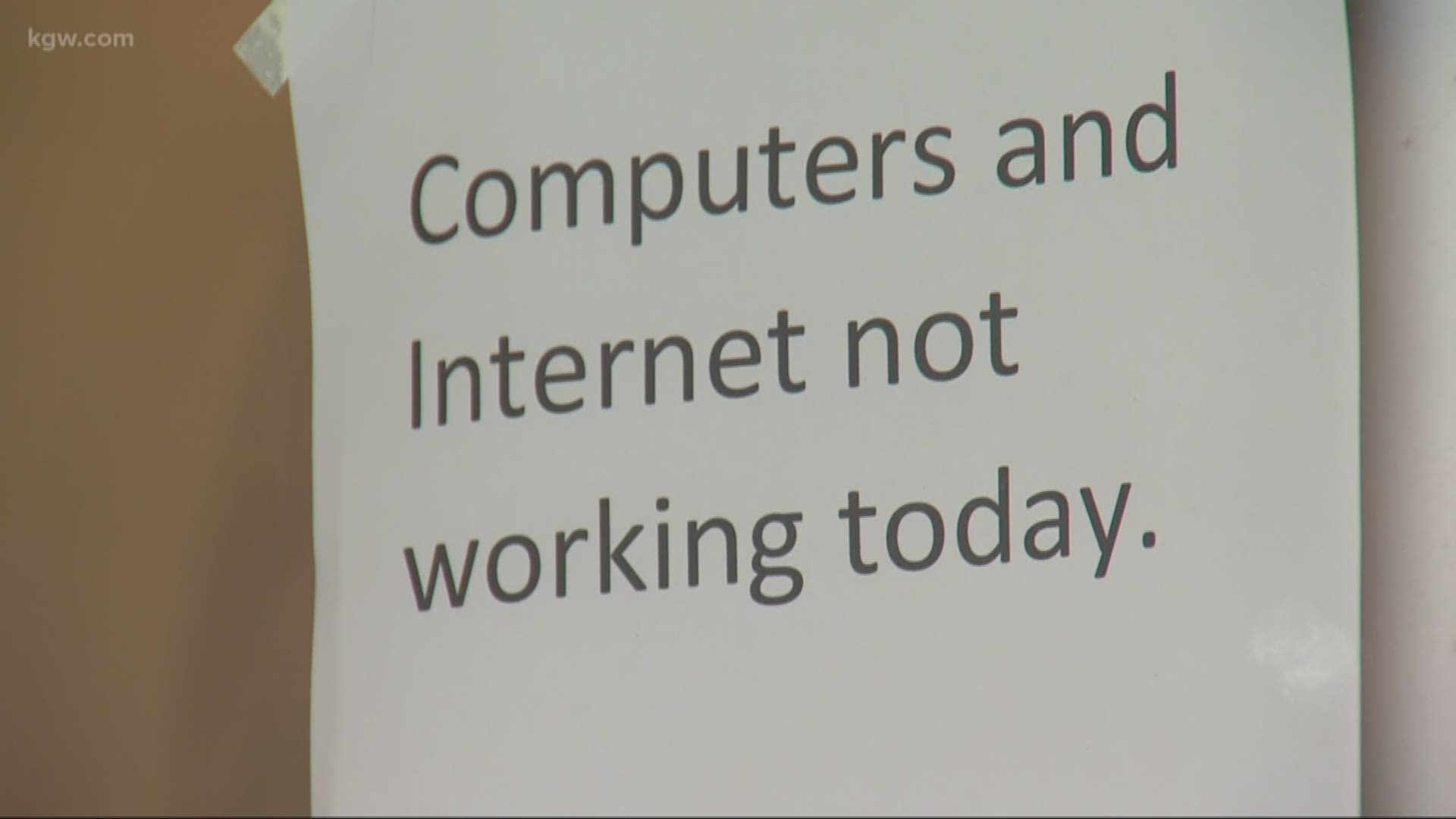 TILLAMOOK, Ore. — Tillamook County has called in a forensic team to figure out what caused a virus to shut down their computers. Systems were infected with malware causing all computer systems and phones to stop working.

The issue was first noticed Wednesday morning and IT staff immediately shut down computers hoping to stop the spread of the virus.

County websites were unavailable as of Thursday evening and phones went straight to voicemail.

"It's unusual that you come to work and you can't get on a computer," said Lt. Gordon McCraw with the Tillamook County Sheriff's Office. "Much of what we do is computer generated. So, again all we can do is set back and wait and see and learn from it."

McCraw is also the director of Emergency Management for Tillamook County.

RELATED: Airline canceled some flights in Alaska after cyber attack

He says the 911 dispatch center runs on a different server and emergency calls are not affected by the virus.

Sheriff's deputies are still able to respond to calls, but their phones and computer systems are still down as well.

Circuit court inside the Tillamook County courthouse runs on a state system, but the Justice Court in the same building runs on the county servers. Until the issue gets resolved, dockets are processed on paper in Justice Court.

Books at the library can't be checked back in, instead they are piling up until systems are back online. The library says any book turned in won't receive a late fee.

Those checked out are done so on a piece of paper.

"If you ask anyone in the county right now, they're going to say it's a big deal, they're impacted," McCraw said.

County payroll is supposed to get processed on Monday, Jan. 27, giving enough time to pay employees on Friday, Jan. 31.

McCraw says they aren't sure what the backup plan is if the shutdown extends into next week.