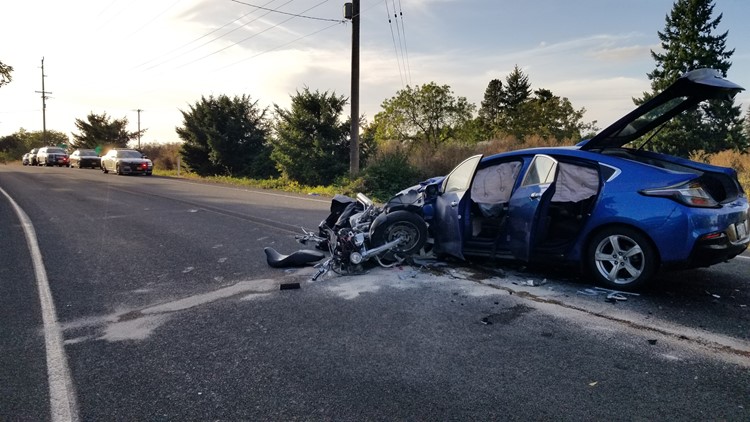 WOODBURN, Ore. — A fatal crash between a vehicle and a motorcycle has closed Highway 214 between Woodburn and Mount Angel, according to the Oregon State Police.

The crash occurred near milepost 41 and Elliott Prairie Road on Saturday afternoon, according to the Oregon Department of Transportation.

According to Oregon State Police, 50-year-old Travis Corter collided with a vehicle while driving in the opposite lane in an attempt to pass the car in front of him. He was pronounced dead at the scene.

Three of the five occupants in the other vehicle involved in the accident were taken to the hospital for minor injuries.