'We are in desperate need': Cowlitz County RV park to lose power and water

Dozens of people living at Lewis River RV Park learned they would lose electricity by noon on Thursday because of a dispute with the landowner. 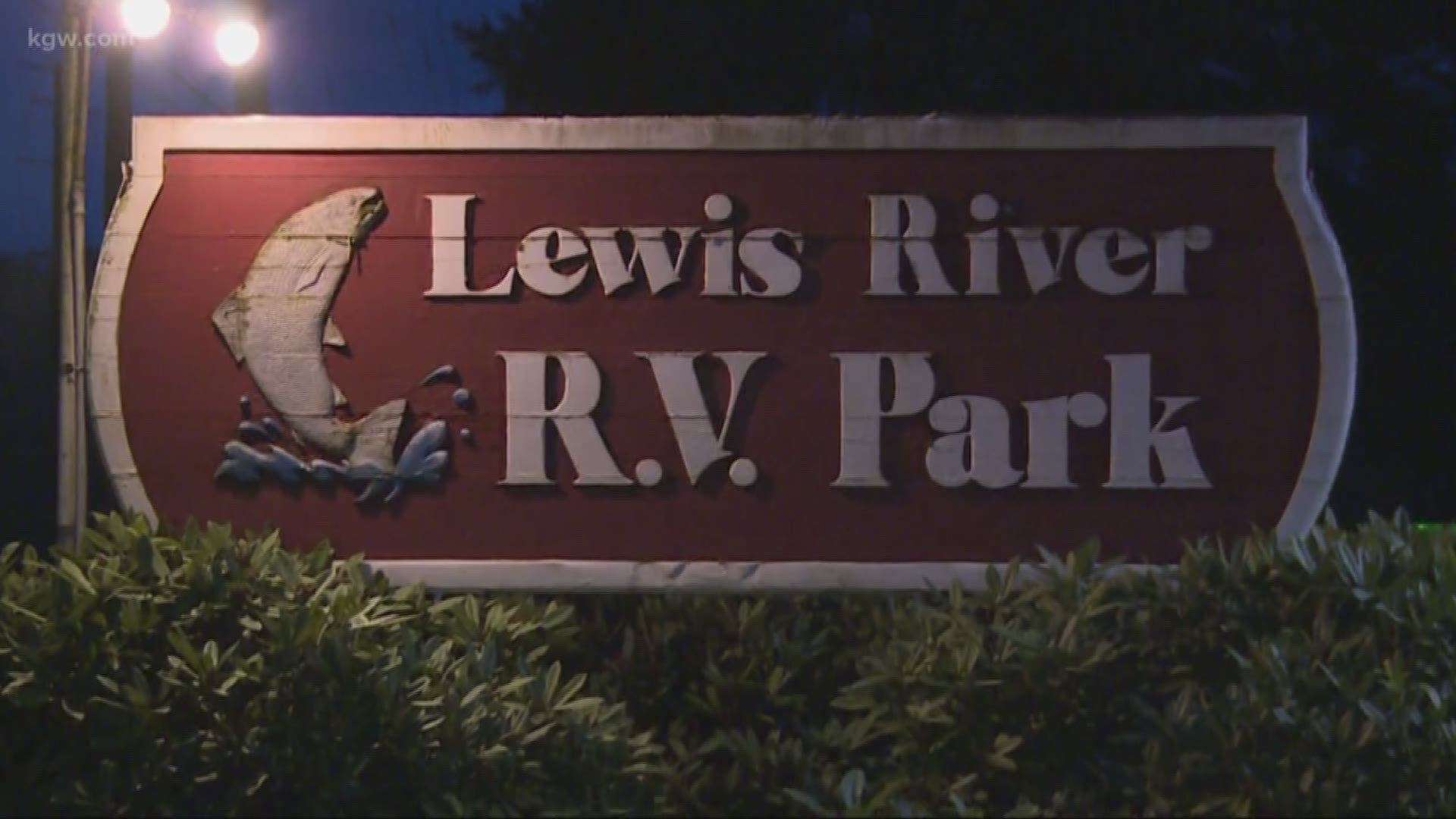 WOODLAND, Wash. — UPDATE (Feb. 4) -- KGW confirmed that the landowner has become a customer of Cowlitz County PUD and the power will not be shut off.

UPDATE (Jan. 22) -- The RV park will now have power until Jan. 30. The landowner signed an extension with Cowlitz County PUD on Jan. 22. He and the county are working toward a permanent solution.

UPDATE (Jan. 15) -- The Cowlitz County Public Utility District received permission to apply donated funds to keep electricity on at the RV park until Jan. 23. The landowner, previous landowner and Cowlitz County PUD met Wednesday but did not resolve the utilities dispute.

Dozens of people living at an RV park in Cowlitz County learned they would lose electricity by noon on Thursday.

"As you may be aware, the current owner of the Lewis River RV Park has decided they will not be signing up for electrical service from Cowlitz PUD. Having our customers go without power, especially in the cold weather is something we try to avoid. We have tried our best to work with the new owner on a solution that accommodates all parties and have not reached an agreement. We regret to inform you that all electrical service will be disconnected by noon on Thursday, January 16th," the notice read.

Many RV Park residents were blindsided.

"What are we going to do?" said James Jourdan, who lives in one of three RVs owned by his family. "Sudden shock — it came in one hit."

Homebuilder Jerry Reeves had owned the RV park property since 2005. Last year, a trust run by Reeves' late ex-wife's attorney, John Berman, took possession of the land and RV park. In December, legal documents show Reeves paid $1.2 million to redeem the land and, said Berman, the RV park was included in that purchase.

Reeves disputes that last part and told KGW by phone that the park was still under Berman's ownership. Cowlitz PUD disagreed. Communications manager Alice Dietz told KGW that unless Reeves opened a new utility account under his name, tenants would lose power on Thursday.

"We care a lot of about our customers," Dietz said. "Cowlitz PUD is stuck in the middle."

Many who live at the Lewis River RV Park are on fixed incomes, have disabilities, or both. Phil Thomas considers himself lucky to own a generator to provide heat, but knows not everyone does. Plus, the RV park will also lose water because its well is operated with an electric pump.

"It's the dead of winter, [Reeves] is coming in here cutting the power, he's cutting water," Thomas said. "There’s no showers, you got school kids in here."

"Already her health is in jeopardy and there's a lot of people in here that have basically the same problems," Thomas said.

Reeves told KGW he is trying to negotiate with county officials to find a resolution. Jourdan said he hopes it happens before Thursday because he doesn't have a backup plan for his family.

"We are in desperate need," Jourdan said. "We got thrown in a situation we have no control over."

Many people in the community have offered to donate money for the park's electricity bills but Dietz said right now it wouldn't do residents any good.