COVID-19 lockdowns cause Kentucky family to be stranded in Honduras, begs for state's help

"It's frustrating when you feel like you've been abandoned by your federal government and betrayed by the U.S. carriers amongst you." 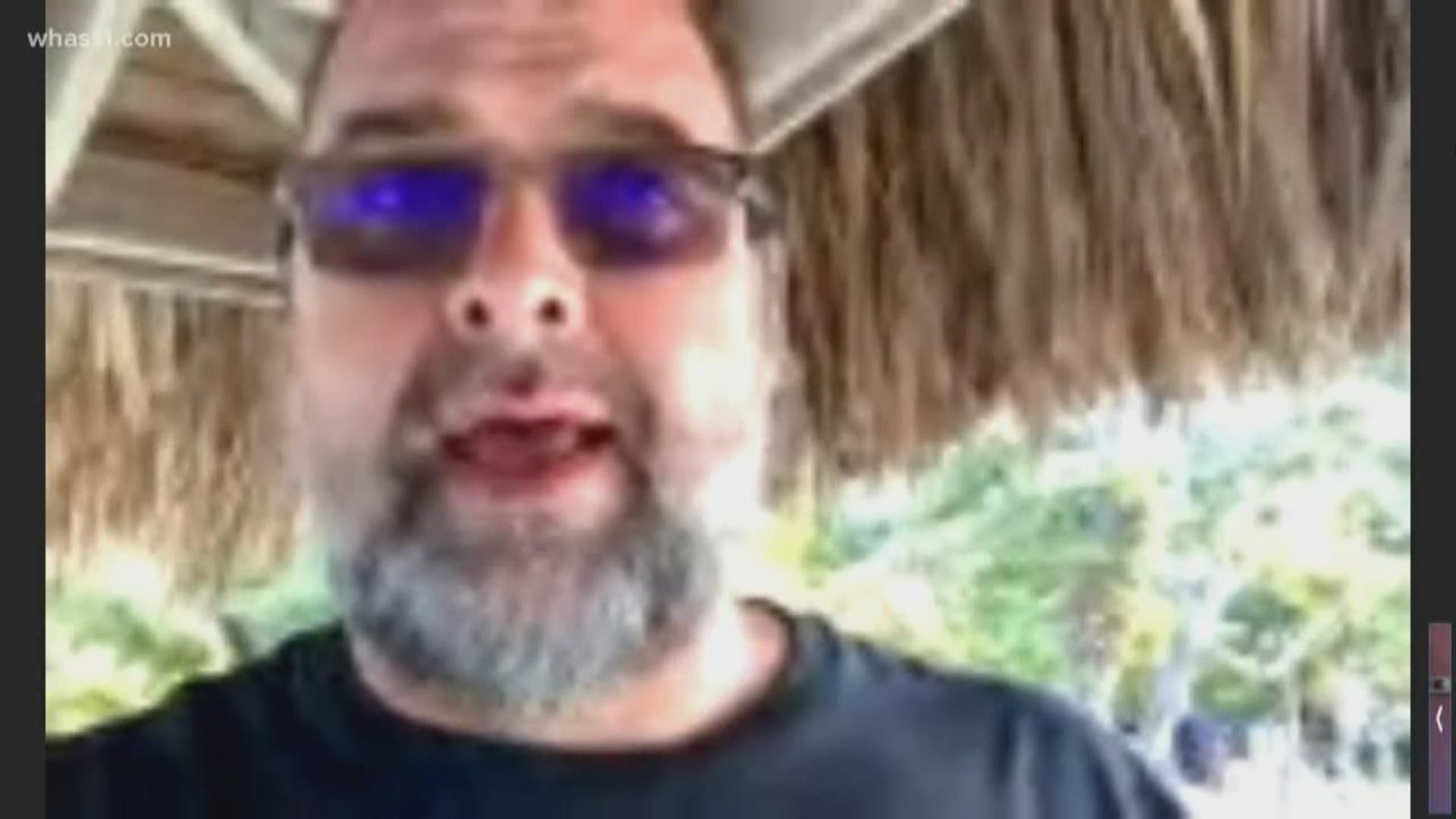 LOUISVILLE, Ky. — You only turn 50-years-old once. Fred Warkentine of Shelbyville planned his wife's birthday trip last summer. On Saturday, the two of them and their four children traveled to Roatan, Honduras to celebrate.

"When we got here the situation was much different than what it is now," Warkentine said.

The trip took a turn for the worse.

"On her birthday ironically, the president declared all the borders close," he said.

WHAS11 reporters spoke with Warkentine on Skype Saturday morning. The family's flight back to Kentucky was supposed to depart that day, but Delta airlines canceled it, according to Warkentine.

After a global freeze on international travel and mass quarantines, some Americans are stranded overseas.

The family re-booked another flight for March 28th but Warkentine said last night, Delta canceled that one too and is not offering any other dates to re-book. There are no other airlines offering flights back to the states, according to Warkentine. The family even attempted to book a private charter plane but were denied a permit.

"We're stuck here currently under martial law," Warkentine said. "Martial law got here last night for the entire country so we don't know what that's going to mean for us."

The family contacted the U.S. Embassy and the State Department, but Warkentine said they were not helpful.

"It's frustrating when you feel like you've been abandoned by your federal government and betrayed by the U.S. carriers amongst you," Warkentine said.

The father of four said Senate Majority Leader Mitch McConnell, Congressman John Yarmuth and U.S. Rep Thomas Massie have all reached out helping in any way they can. When WHAS11 reached out to McConnell's office, the spokesperson could not give a count but said several other Kentucky families stuck overseas have contacted them. Congressman Yarmuth's office said about a dozen constituents stuck abroad have asked for help.

Warkentine is an ER doctor at Norton Children's Hospital. In the midst of a health crisis, not only does he want a safe return home, he wants to lend a helping hand.

"That's part of my anxiousness to get back," he said. "I need to get back to work and provide care for the people of Kentuckiana."

Starbucks goes drive-thru only over coronavirus concerns after employee petition

Proffitt Report: We can overcome coronavirus pandemic by learning from Greatest Generation