The biracial couple's story went viral when they appeared at a Los Angeles protest in the wedding clothes. Now they are traveling the country, spreading positivity. 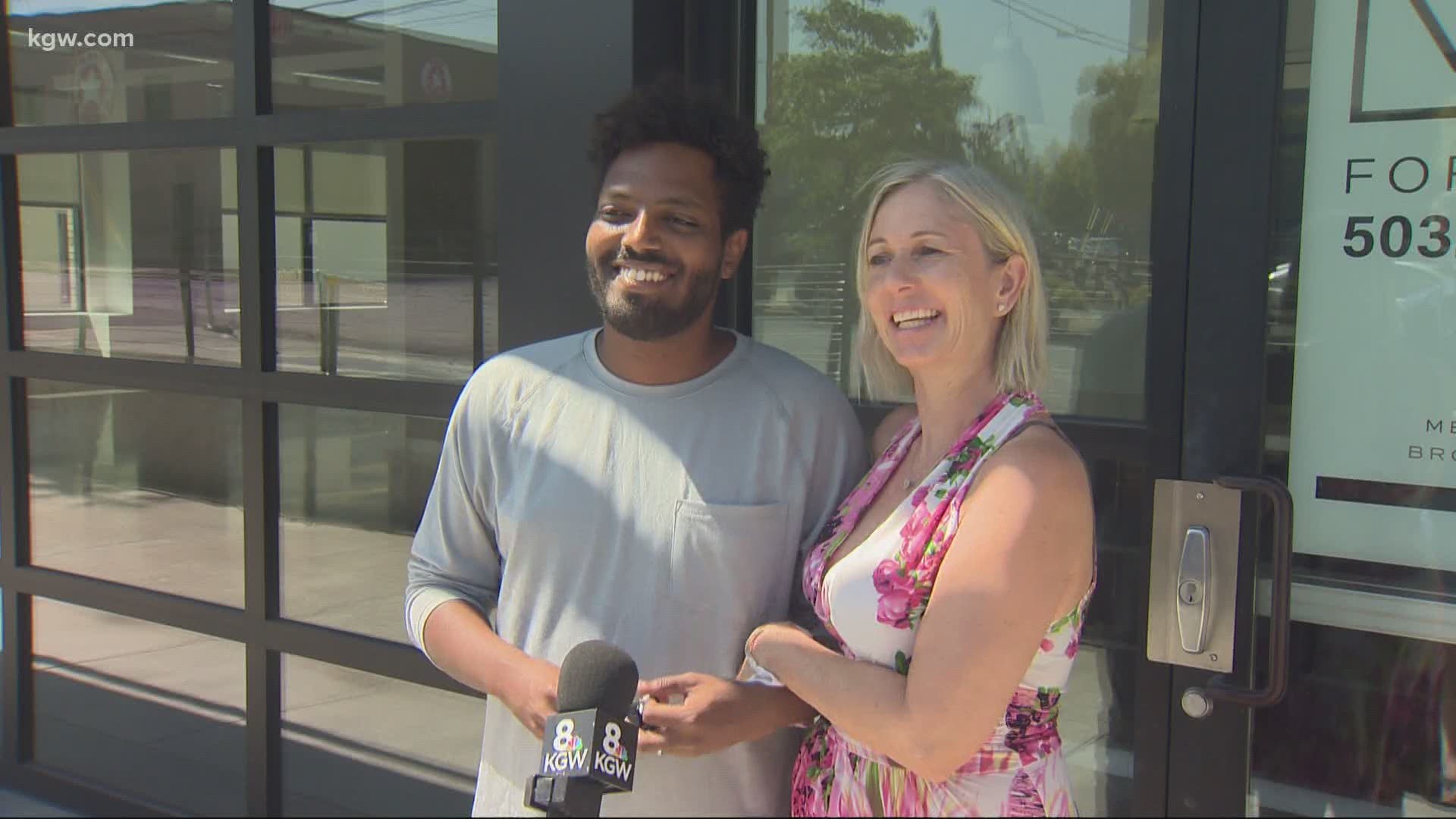 PORTLAND, Oregon — A recently-married couple from Los Angeles traded their honeymoon for a cross county tour. They are calling it the "Road of Love" tour.  And they just made stops in Portland and Vancouver.

It began out of a spontaneous thing that happened at the end of May, when Lara Sanders and Samuel Mekonnen ended up in their wedding clothes at a Black Lives Matter demonstration in LA.

"We accidentally drove into the protest and he said, ‘babe you want to change the world?’ and I said yes," said Sanders.

And so they shared the love in Los Angeles. And now with 13-year-old son Luka helping document the trip, they're sharing the love everywhere.

"It wasn't planned or anything, but it kind of changed our life, because now we get to be on the road and we're currently on the 'Road of Love' tour and Portland/Vancouver is one of our stops," said Mekonnen.

So far the family has visited 25 cities in only three weeks, and they’ve traveled 5,950 miles.

And they are meeting Black leaders in stops along the way. They met the immigrant Black mayor of Helena, Montana, and many others. In Portland they met a young entrepreneur in the design field, and in Vancouver they met a life coach and motivational speaker.

Along the way, Sanders, Mekonnen and Luka have seen that America has its troubles, but also lots of good, flourishing humanity. They are hoping others will share their positive message as well.

"Start in your family, start in your community, to say that we are all the same no matter what color, there are good people and bad people everywhere – no violence please, and use your words, you have a voice," said Sanders.

"It's spreading positivity to the people and I think it's important to spread that – spread the love, and love conquers all, and it penetrates through walls," said Mekonnen.

The family will be traveling south out of Portland on Thursday.  They plan to eventually  make a documentary and then a feature film about their experience.