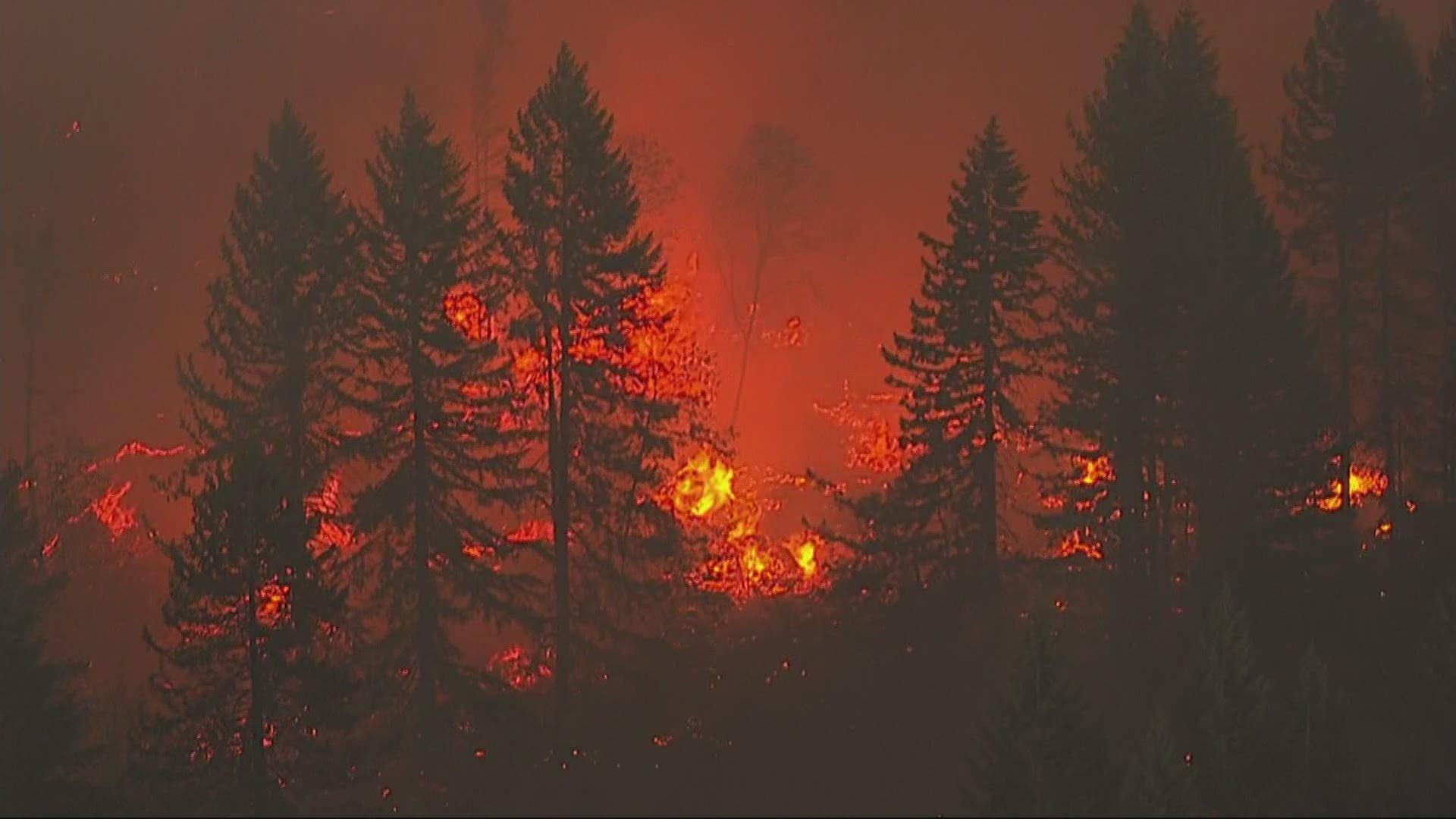 PORTLAND, Ore. — Almost a year has passed since last summer's wildfires broke out in Oregon over Labor Day weekend. The wildfires burned more than 1 million acres.

That’s far above the average acreage burned during prior wildfire seasons. According to the Northwest Interagency Coordination Center, Oregon saw, on average, more than 550,000 acres burned between 2010 and 2019.

As we head into the 2021 wildfire season, could we see a repeat of last year?

“Last year was an anomaly. Last year for Oregon was the big year, you look at the Oregon wildfires and it is way up there,” said Cliff Mass, a professor of atmospheric sciences at the University of Washington.

He said there were a lot of factors in play last year that made it such a historic event: Dry weather, hot conditions and wind.

Mass said if high winds had not fanned the flames, it would have been a very mild wildfire season.

So could we see something like that again? Mass said he thinks it’s a big unknown whether or not we’re going to get strong easterly winds. He said he suspects not, and that last year was very unusual.

The east winds play a major factor when fires start to spread. While the Pacific Northwest is no stranger to fires breaking out this time of year, Mass said our forests have changed over the years and we need to take measures to protect them.

“What we need to do as a society is thin the forest and bring back prescribed burns again, that’s crucial, “ Mass said.