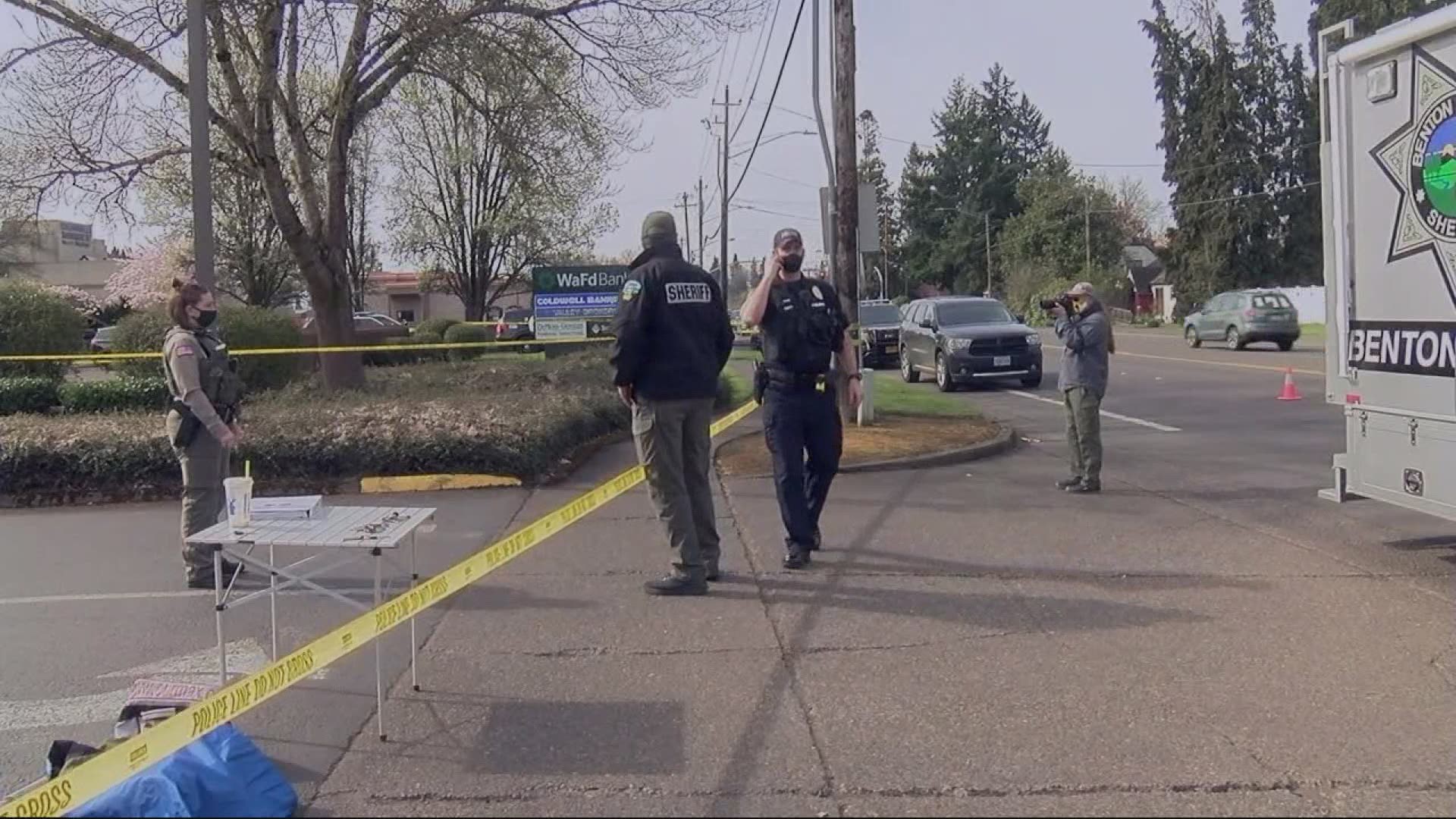 CORVALLIS, Ore. — A man was shot and killed by police at a Days Inn motel in Corvallis where he was trying to get into guest's rooms Saturday morning.

According to the hotel staff who called the police, the man was armed with a knife acting in an aggressive manner.

The Corvallis Police Department (CPD) said in a Saturday morning release that CPD arrived at the motel at 1113 Northwest 9th Street before 3:30 a.m.

CPD said Jeffrey Appelt, 32, of Philomath had a knife when an officer made contact with him. The department said Appelt threatened to kill the male officer and went toward him, prompting the officer to run in the opposite direction.

One there was some distance between them, the officer fired a taser at Appelt, who then went back toward the motel entrance, police said. A second officer tried to take the suspect into custody as he reentered the motel, but the suspect was able to get away and flee.

A third officer pulled into the parking lot and Appelt reportedly yelled at the officer, "Do you want to die?" two times. The officer repeatedly ordered him to drop the knife times, but he continued to approach while holding it. When Appelt came in close proximity to the officer, the officer fired his pistol, hitting the suspect multiple times.

Attempts to save the suspect with emergency medical aid were unsuccessful and he was pronounced dead at the site of the shooting.

All of the involved officers in this shooting have been placed on administrative leave, which is standard protocol for CPD and consistent with statewide use of force protocol.

The Benton County District Attorney released bodycam video Saturday evening that showed the the moments before the fatal police shooting.

Investigation into this incident is ongoing and is being led by the Albany Police Department (APD), with help from the Benton County major crimes unit.

CPD said the department is committed to cooperating fully with the active case.

Any updates on this matter will be released as they become available from APD and the Benton County District Attorney's office.