The Copeland Fire is burning north of Boulder Lake, and is believed to have started early Wednesday morning. 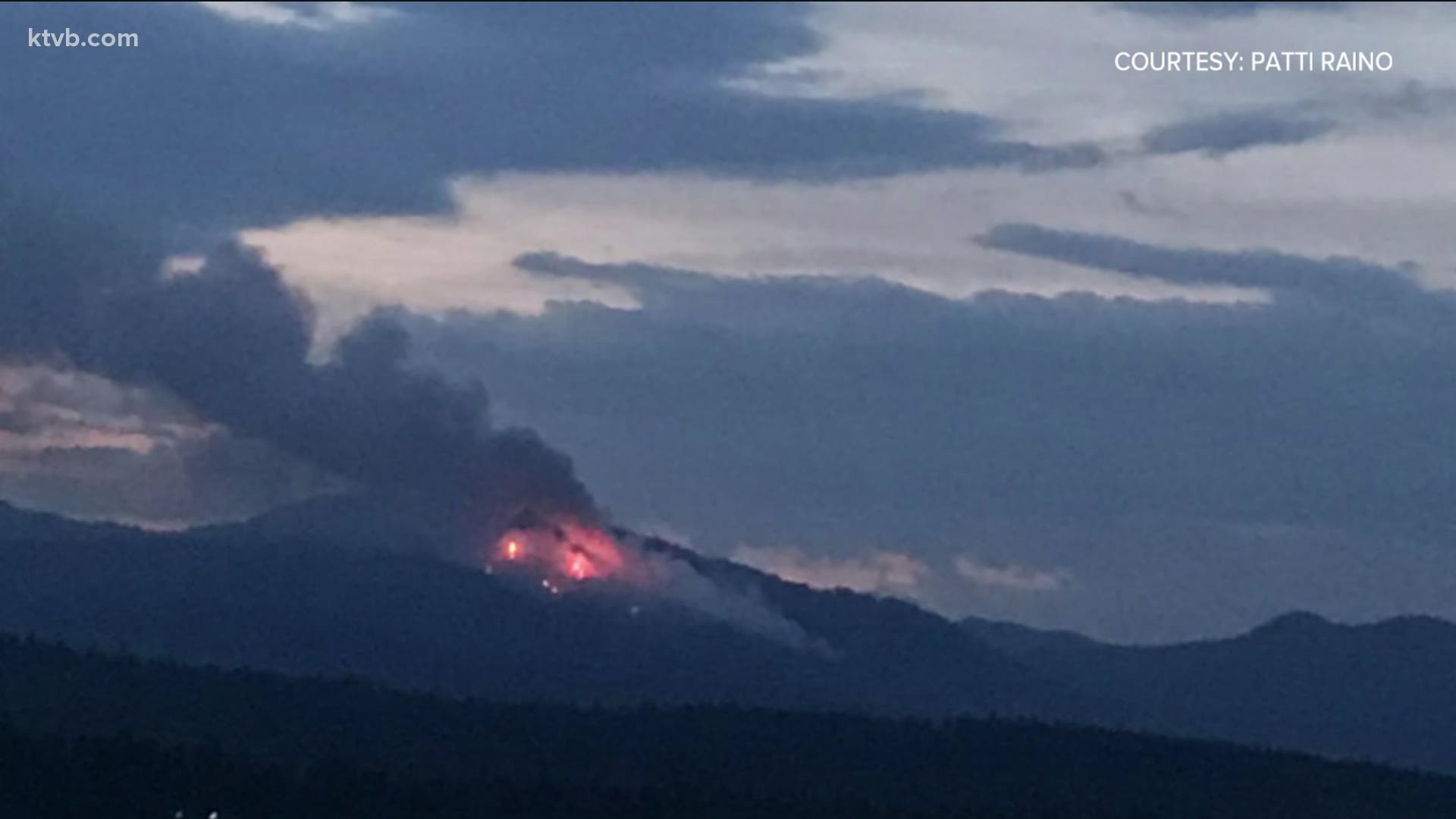 MCCALL, Idaho — Firefighting crews are working to put out a new wildfire that sparked early Wednesday morning east of McCall.

The Copeland Fire is burning in the Shaw/Twin Lakes area, north of Boulder Lake on Jughandle Mountain, according to a Forest Service spokesman.

The lightning-caused fire is believed to have started around 3 a.m., and grew to more than 90 acres by the afternoon.

The Payette National Forest says a hand crew and three wildland firefighting crews are currently assigned to the Copeland Fire, as well as multiple aircraft.

No structures are threatened at this time. A temporary flight restriction is in place.

On Wednesday, firefighting planes were seen scooping up water out Lake Cascade.

Officials say the Copeland fIre is one of 13 new wildfire starts in the Payette National Forest that officials are working to get a handle on. Check back for updates.

RELATED: Over 75% of wildfires on Boise BLM land this year are human-caused