'We all want to be here for each other': Concordia athletes cope with pending school closure

Students have been scrambling to make plans for next year, including athletes. On Thursday, Concordia's basketball teams returned to the court amidst the chaos. 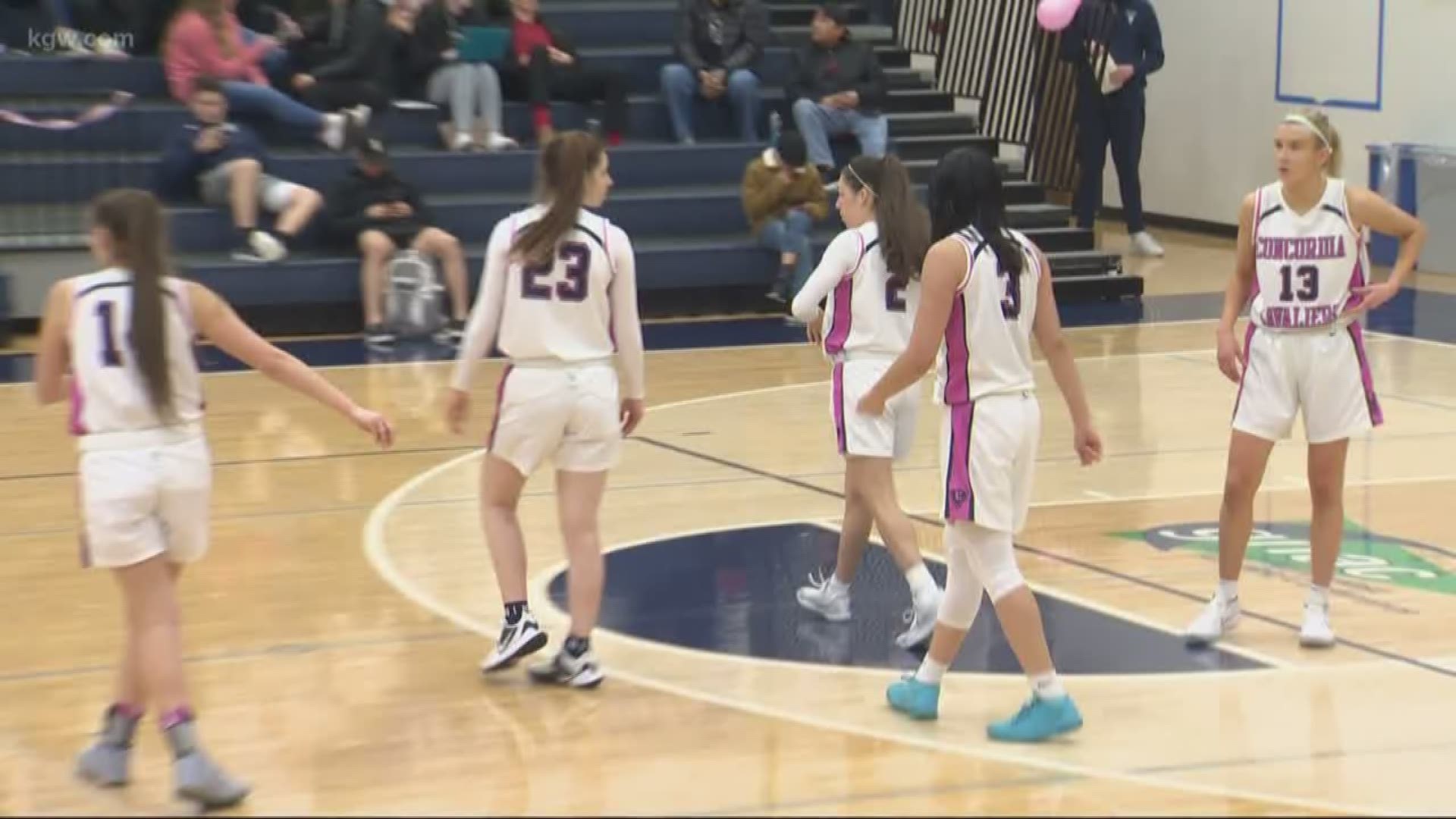 PORTLAND, Ore. — It's been a difficult week for students and staff at Concordia University in Northeast Portland. On Monday, they learned their school would close for good this spring. Students have been scrambling to figure out what they'll do next year, many of them student athletes. On Thursday, the men’s and women’s basketball teams took the court for the first time since learning the news.

To many, the women's team huddle felt more than just a pregame ritual; it embodied how so many on campus had been feeling.

“We all want to be here for each other,” said senior shooting guard David Wheeler while watching the women's game. Wheeler is one of the lucky ones in that he'll graduate this spring.

“It is definitely surreal to think I was able to be in the last class here,” said Wheeler. “But my thoughts are more with everyone else and where they're going to go and what they're going to do.”

Among those left in the lurch was junior forward Riley Friauf. Her mother Angie was in the stands Thursday night.

“So many tears,” said Angie Friauf.

Between looking for schools that will accept Riley's credits and wondering if she'll play basketball, Friauf said they're all dealing with the emotional toll.

“The first thing my daughter told me was how the coaches were just sobbing,” said Friauf. “They looked at the kids' interests and their futures first which-- we know they're out of jobs as well-- so it breaks your heart on a lot of levels.”

An estimated 1,500 staff members will lose their jobs at Concordia including Sports Information Director, Evan O’Kelly. He took the job at Concordia in September after spending five years at Montana State University Billings.

“It was a dream job,” said O’Kelly. “I grew up in Northeast Portland.”

Now as O’Kelly and others look ahead, they're keeping one eye on the court, the field and the diamond. They won't turn their backs on the athletes who’ll finish their year with them.

“You know they're determined to fight through this and play for each other,” said O’Kelly. “Really, that's all they can do right now.”

For the rest of the year, home sporting events at Concordia University will be free to the public to encourage community support. You can view team schedules here.