With COVID risk levels changing often, entertainment venues and festivals are having a tough time planning for the summer. 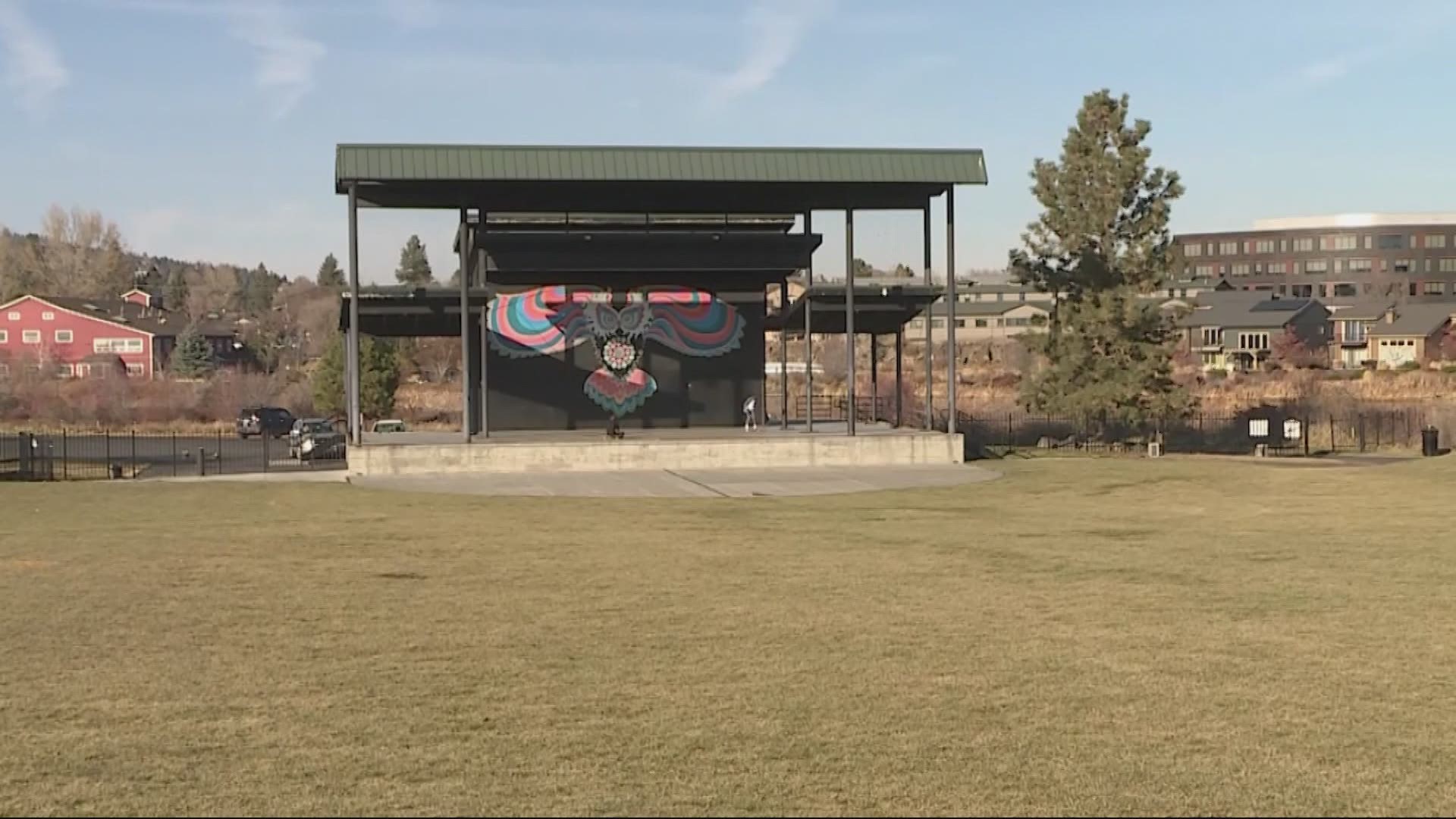 PORTLAND, Oregon — Watching a video from an outdoor concert can feel like watching something from 10-years ago. But as more people get the COVID-19 vaccine, concert venues are trying to plan how to bring back live, outdoor events. Many feel like they're doing so without the state's guidance.

“There's none of that groundwork, so right now we're losing shows, daily,” said Beau Eastes, marketing director for the Les Schwab Amphitheater in Bend. “People are saying, ‘We'll route our tour around Oregon because we don't know what the parameters are going to be.’”

The amphitheater was one of around 50 theaters and music festivals that signed a letter to Governor Kate Brown last month. It detailed a proposed plan for reopening outdoor concert venues this summer. They asked the state to allow 100% capacity at outdoor venues, but not until a month after counties reach low-risk levels and everyone has access to the vaccine. Last week, concert venue reps met with the governor's office and state health officials. Eastes said it was unproductive.

“What we came away from that meeting with was the state didn't really feel like they could predict more than two weeks in advance,” said Eastes. “I understand that's tough, but these shows don't happen overnight.”

Eastes said without state guidance, they haven't been able to book any new shows for this year. The five shows they have lined up for late summer are all roll-overs from 2020.

“The reason that venues need guidance and clarity and direction from the government is it takes us months to prepare for a show; we have to book the show we have to promote the show,” said Amanda Stark, executive director of The Old Church Concert Hall in Portland.

While hers is a much different venue from an amphitheater, Stark believes they share the same concerns about long-term planning without real-time guidance.

“What audience member wants to walk into a venue that has no plan?”

In response, Governor Brown's office issued a statement. It read in part, "In an effort to support venue operators, we recently expanded outdoor entertainment capacity by removing hard caps and transitioning to a percent-based limit, and we're currently exploring whether a similar expansion for indoor entertainment would also work,” wrote Charles Boyle, Brown’s Deputy Communications Director. “While case counts have steadily decreased over the past few weeks, the last week has shown that case numbers can rise again across the state and we still need to remain cautious, especially as we're also assessing the spread of new, more contagious variants."

McMenamins also signed the letter to the Governor. In a statement, McMenemens' music director, Jimi Biron said in part, "The lack of guidance is having a detrimental impact not only on the venues and local communities where the concerts are hosted, but the bands, agents, production crews and many other Oregonians who rely on the state's various summer concerts for their livelihoods.”

Back in Bend, Beau Eastes is just hoping for something to help them salvage a summer that feels lost before it's even arrived.

“We aren't going to do this unless we can do it safely,” said Eastes. “Let's put together a plan.”