The ban has received national attention since the vote, including from Rep. Alexandra Ocasio-Cortez. The ACLU of Oregon is also considering legal action. 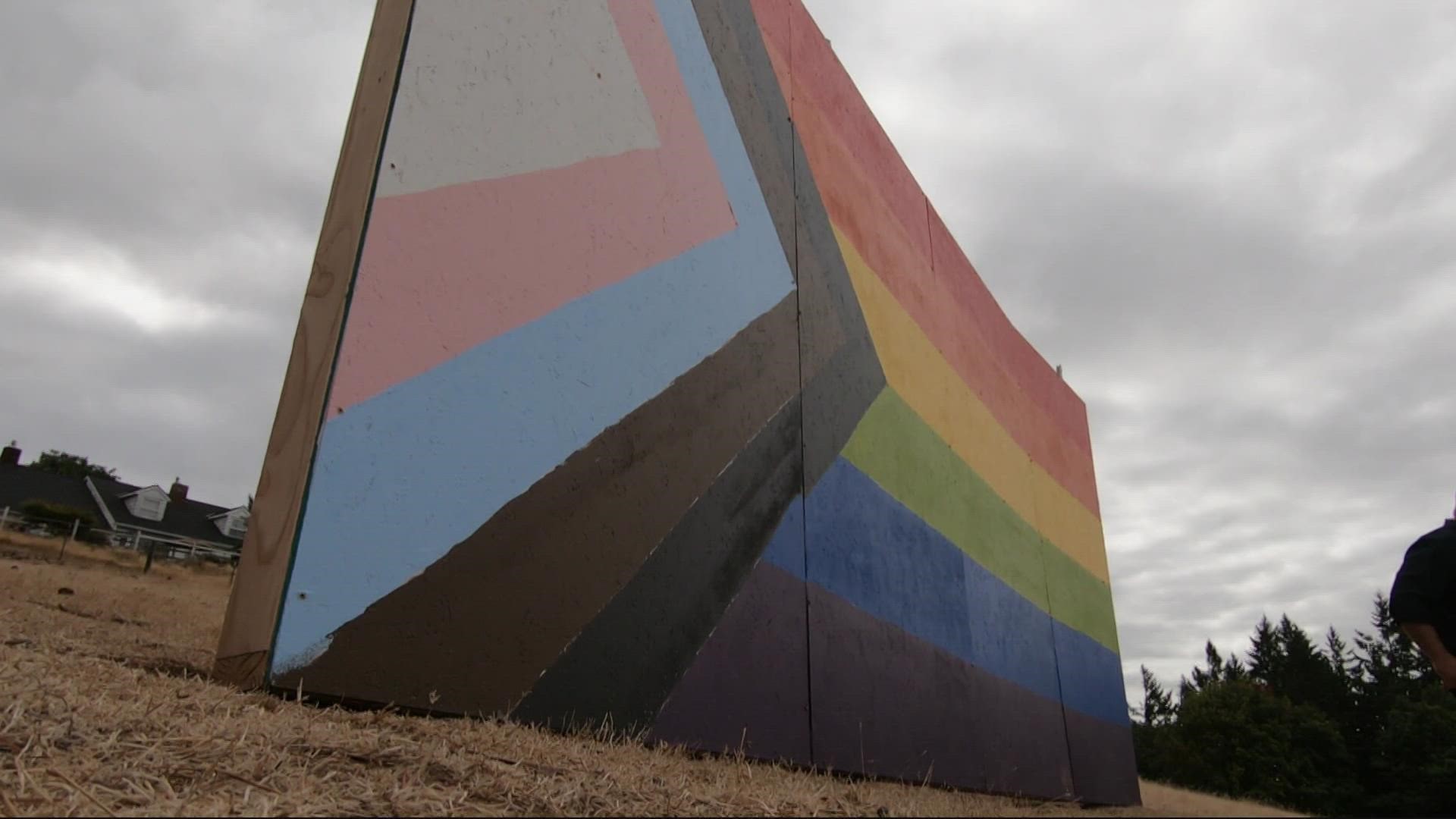 NEWBERG, Ore. — Advocates are planning a protest of the Newberg School Board over its 4-3 vote to ban "political symbols" including Black Lives Matter and Pride flags earlier this month.

"It's heartbreaking, honestly," said Amanda Boothby, a 2015 graduate of Newberg High School. "It wasn't really welcoming to begin with."

After watching the full four-hour board meeting on Aug. 10, Boothby felt compelled to act. She organized a peaceful protest in the center of Newberg for Tuesday, Aug. 24.

She said symbols of support for marginalized communities, such as Pride and BLM flags, go a long way.

"I see love, I see acceptance, I see who I am as a lesbian woman," Boothby explained. "I know Newberg is big on community and loving each other. And by doing this [ban], it's showing hatred."

"Hopefully gonna wake some people up," said Kelly Lash, a licensed professional counselor who serves clients in Portland and Newberg.

Lash is advocating for LGBTQ+ and BIPOC youth.

"The statistics are alarming," she said.

Studies from the Trevor Project show lesbian, gay and bisexual youth are about five times more likely than their straight peers to attempt suicide because of bullying and lack of support. That rate goes up for transgender youth.

Another study published in JAMA Pediatrics showed Black children under 13 are twice as likely to die by suicide than white children.

"It is preventable," Lash said. "The treatment is love and acceptance."

Newberg mother Tai Harden-Moore argued during the school board meeting that her Black son has not felt that acceptance.

"Because my son was called a [n-word] in school," she told the board.

Board vice chair Brian Shannon voted in favor of the ban.

"To get political symbols and divisive symbols out of our schools," he argued.

Before the ban can be enforced, the superintendent said district lawyers need to review it.

The ACLU of Oregon has voiced strong opposition to the vote, and said it's considering a legal challenge if the ban moves forward.

Lash argued that while political views and symbols are a choice, race, sexual orientation and gender identity are not.

"People are not political!" said neighbor Erin McCarthy. "It's not expressing a Democratic idea or Republican idea or conservative or liberal ... It's human beings."

Erin and her husband Jaybill helped build a 17x30 foot Progress Pride flag within view of Newberg High School after the vote. It represents both LGBTQ+ people and people of color.

"[So] that they know that they're not invisible," Jaybill told KGW.

"Regardless of what people in positions of power are saying, know that you matter," Erin said. "Even though this is difficult, there are people who are here for you."

KGW's story about the McCarthy's protest Pride flag gained national attention from outlets such as The Advocate and LGBTQ Nation.

Rep. Alexandria Ocasio-Cortez also visited with advocates in Newberg this week during her vacation, according to a tweet from Newberg Graphic reporter Ryan Clarke:

.@AOC was on vacation in Newberg, Oregon yesterday and met the folks at Chehalem Valley Dance Academy, including its politically active owner Kristen Stoller.

This after a tumultuous week in the community with the local school board banning Black Lives Matter and Pride displays. pic.twitter.com/PxNpyno1j0