‘It was my little bit of heaven’: Community dreams of rebuilding after Detroit ravaged by wildfires

Crews battling the Beachie Creek fire say they’ve made progress along Highway 22, keeping the fire back. But it continues to spread slowly north, where firefighters 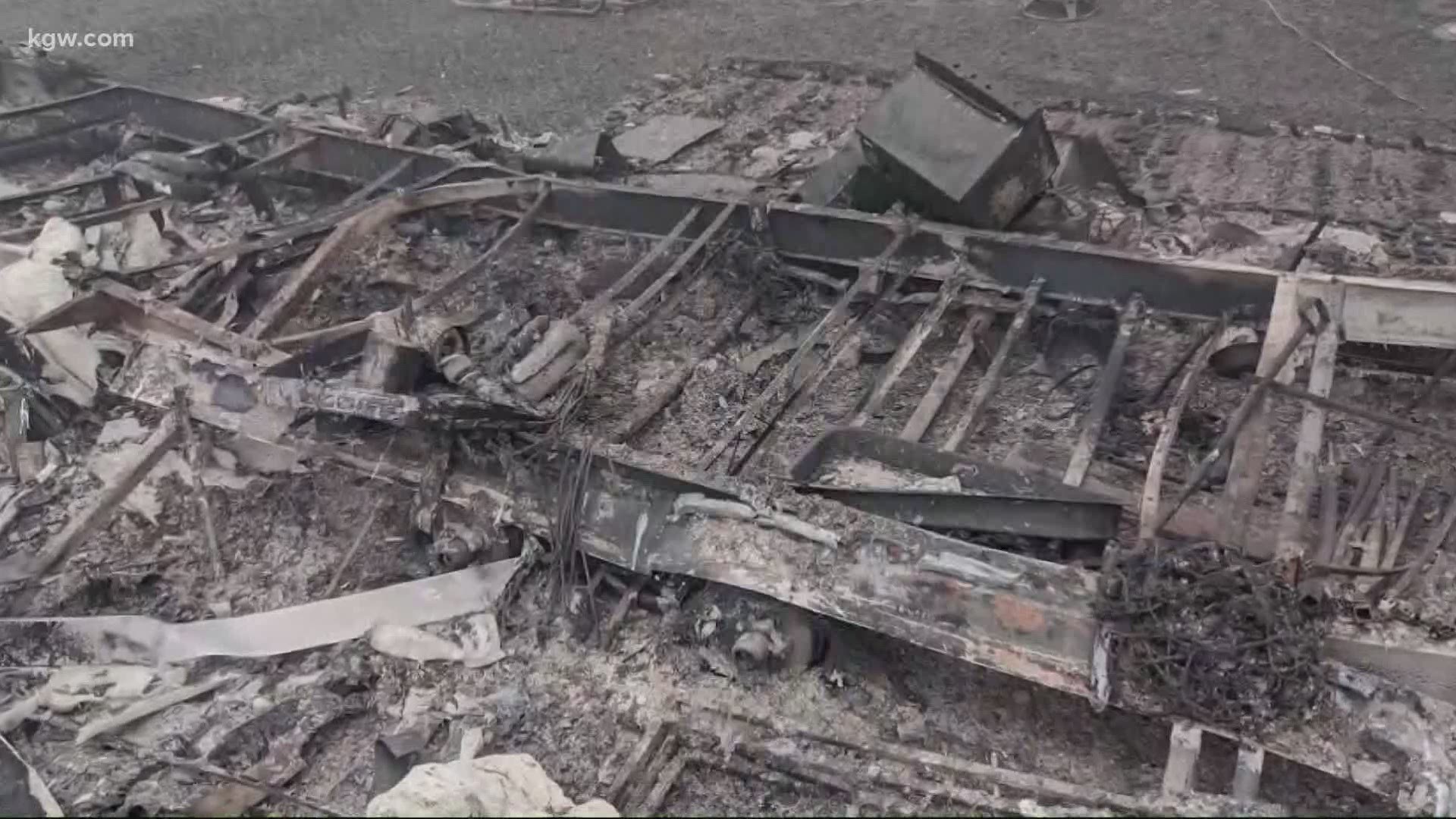 DETROIT, Oregon — Relief can be a tough pill to swallow when your city turns to ashes.

“My home seems to be okay,” said Detroit Mayor Jim Trett. “So that was followed by euphoria, followed shortly thereafter by a real sense of guilt because mine is still there and so many others lost their home.”

Like Dean O’Donnell whose home didn't make it.“There’s a basement shell and it looks like embers of what used to be our house,” O’Donnell explained.

Many Detroit residents were forced out of their homes Monday overnight into Tuesday as the Beachie Creek and Lionshead fires caved in. The fires ravaged the tight-knit town, which usually brings in a lot of visitors for its beauty and charm.

For O’Donnell, Detroit was his everything. He built his home on the lake with his wife of nearly 50 years.

“It was my little bit of heaven,” he said, and if he has it his way, it still will be.“I personally have no doubt that we will rebuild our home.”

And to say that with a smile, especially given what parts of Detroit look like now, speaks to what he calls the “Detroit way.”

“The only way to get through this is to concentrate on the silver linings.”

“I’m grateful for that," said O'Donnell.

Or the Aurora Fire District donating a working fire engine after the City of Detroit’s was torched by flames.

“It’s one of those things I can’t imagine how it would feel for us to lose a fire engine similar to what Detroit did,” said Chief Joshua Williams with the Aurora Fire District.

“This is our toolbox. If you take our toolbox away we can’t do our job.”

And there’s still a big job to do. Crews battling the Beachie Creek fire say they’ve made progress along Highway 22, keeping the fire back. But it continues to spread slowly north, where firefighters are working to save structures. The Marion County Sheriff’s Office is working on a plan to start escorting people back behind the barricades to see the status of what they left behind.

So far, O’Donnell has only seen pictures and is bracing for the opportunity to rebuild that lies ahead.“We can’t look backward,” O’Donnell says. “We have to look forward.”