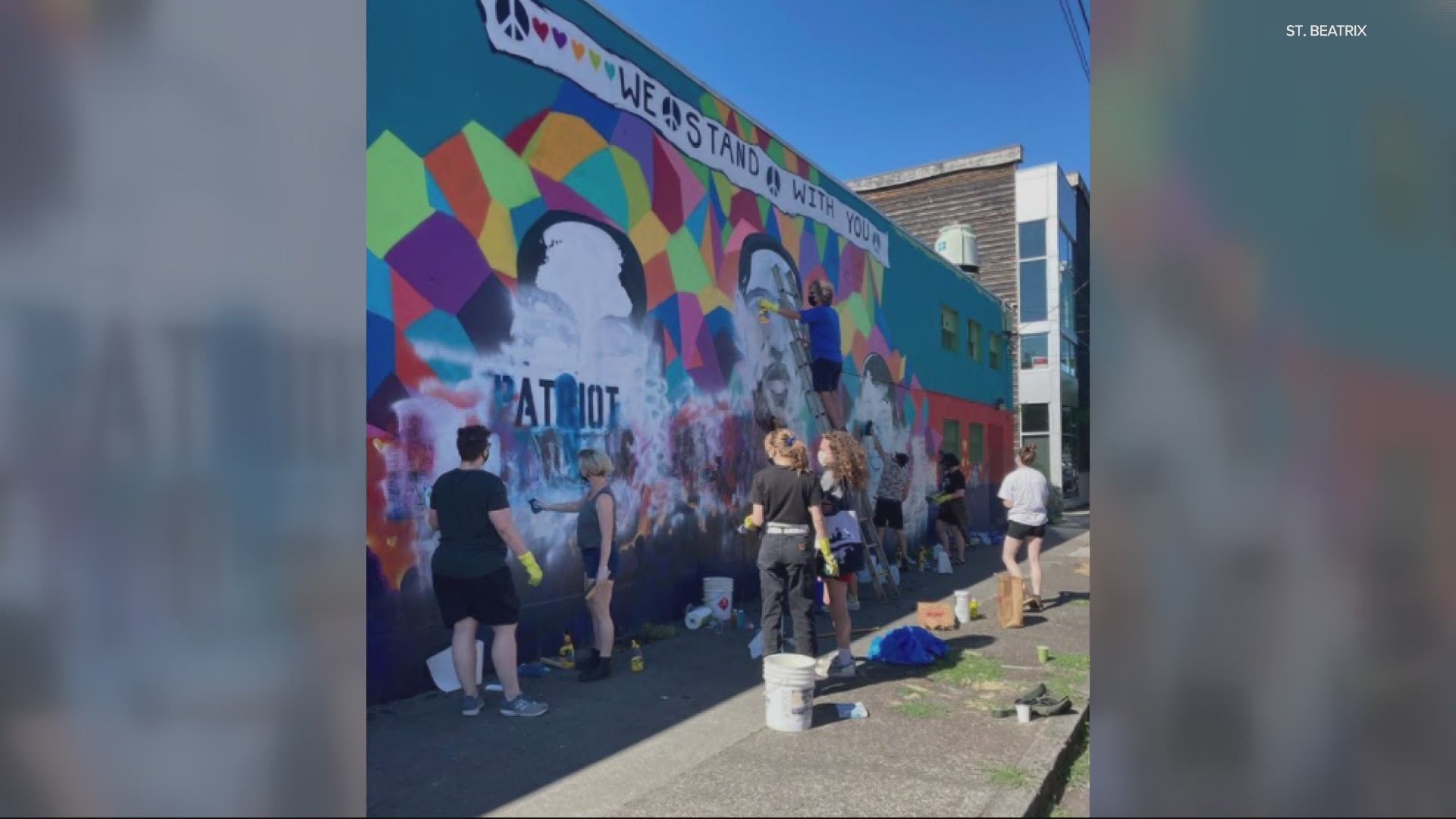 PORTLAND, Ore. — A mural honoring Breonna Taylor, George Floyd and Ahmaud Arbery in Northeast Portland was defaced over the weekend and the community has come together to repair it.

The muralist, known as Firekat on social media, said in a post that he was, "sad, confused and lost for words on how much HATE and ignorance is in our community."

Firekat was posting progress pictures of the then-almost-completed mural in June 2020. It has sat, spreading the message of, "We stand with you," for nearly a year at the intersection of Martin Luther King Jr. Boulevard and NE Failing Street. The vandalism appears to have come from an extremist group called Patriot Front.

Patriot Front supports ideologies of white supremacy and white nationalism, often touting that people of color are not true Americans and speaking on the superiority of white people.

Firekat said on social media that he was heading to try and repair the mural at 2 p.m. on Sunday. He asked for anyone who had spray painting skills to come and join. If you can't join, he asked for donations to cover the cost of supplies to his Venmo via his Instagram story.

To support his efforts to fix the mural, local businesses in NE Portland offered incentives to those helping him including Carioca Bowls, a vegan/vegetarian restaurant, offering free smoothie cards and I've Been Framed, an art supply center, offering $10 gift cards to help compensate for any supplies used. St. Beatrix was handing out free pizza and coffee to community members trying to clean the mural.

Workers at those shops, and many members of the community, want people to know that behavior is unacceptable in their neighborhood.

His post about repairing the mural has hundreds of likes and dozens of comments from a supportive community. You can follow Firekat to keep up with his mural painting on Instagram.