Fishing families that lost income because of the pandemic are now facing a season delay. 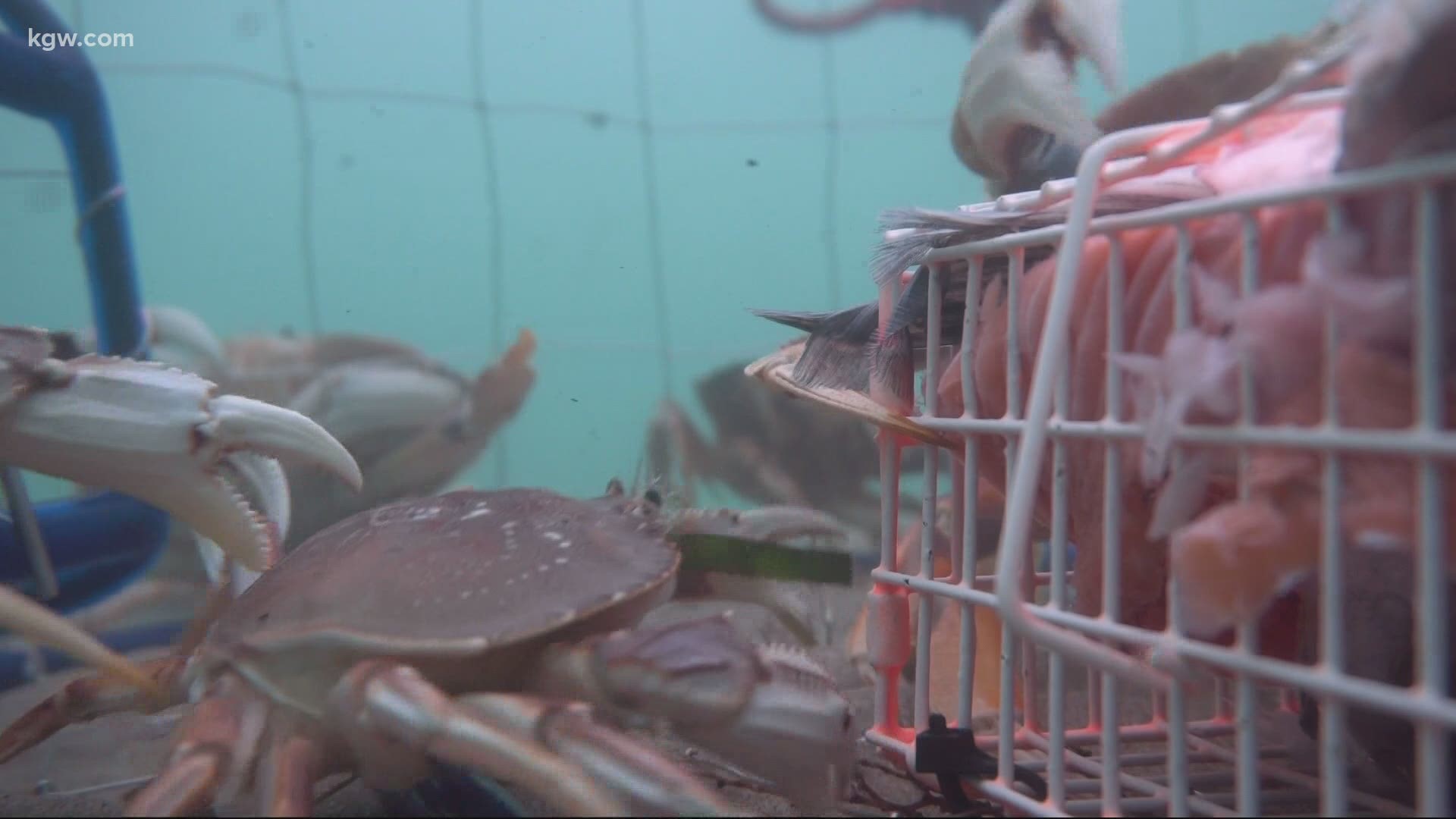 CHARLESTON, Ore. — Crab season typically runs from December to August, but there is nothing typical about the year 2020.

"I think my husband has worked the least amount this year than all 26 years of our marriage," said Melissa Clemens.

That's because the pandemic hit restaurants worldwide and the demand for crab fell significantly.

Clemens' husband is a commercial crab fisherman in Charleston on the southern Oregon coast.

"When this all first started going down, we really didn't think it was going to affect the commercial fishing industry all that much," she explained, "because those guys are out on the boat, so really you wouldn't think that it would."

But it did. The processing plants were not selling as much overseas, so they bought less crab from the fishermen. With few buyers, the fishermen were stuck at home.

They looked forward to the opening of the season, but then came the news from the Oregon Department of Fish and Wildlife (ODFW) that the season would be delayed until at least mid-December. ODFW says tests found crabs needed more time to grow.

"I think I can probably pretty much speak for the entire fishing industry when we say that we never count on it happening Dec. 1," said Clemens.

The season has been delayed each year for the last several years, either because the crabs weren't big enough or because of the presence of domoic acid, which is bad for humans.

"We haven't seen big issues with domoic acid so far this year, " said Troy Buell with ODFW. "We'll be of course continuing to test in areas of concerns, but good news so far on that front."

There's a chance the season could start on Dec. 16, but with the pandemic, it's unclear how many people will actually be buying crab.

Buell says people can expect that to be a discussion amongst the processors and fishermen when they're talking about selling prices and bringing crab to market.

Back on the southern Oregon coast, Clemens hopes the season will start soon, as families are getting desperate.

"We filed for unemployment in March on my husband, and we waited 17 weeks to see a dime. And if we didn't have any savings to live on, I mean, we would've been really hurting."

She adds that if fishermen start in mid-December, most of them will be lucky if they see a paycheck before Christmas hits.

Four years ago, Clemens and others formed an organization called Charleston Fishing Families to help fishing families during hard times. This year, the nonprofit is helping dozens of families by providing COVID-19 relief, which includes gift cards and meals.