A budget gap is forcing the pool to close in June 2020, but neighbors are not giving up just yet. 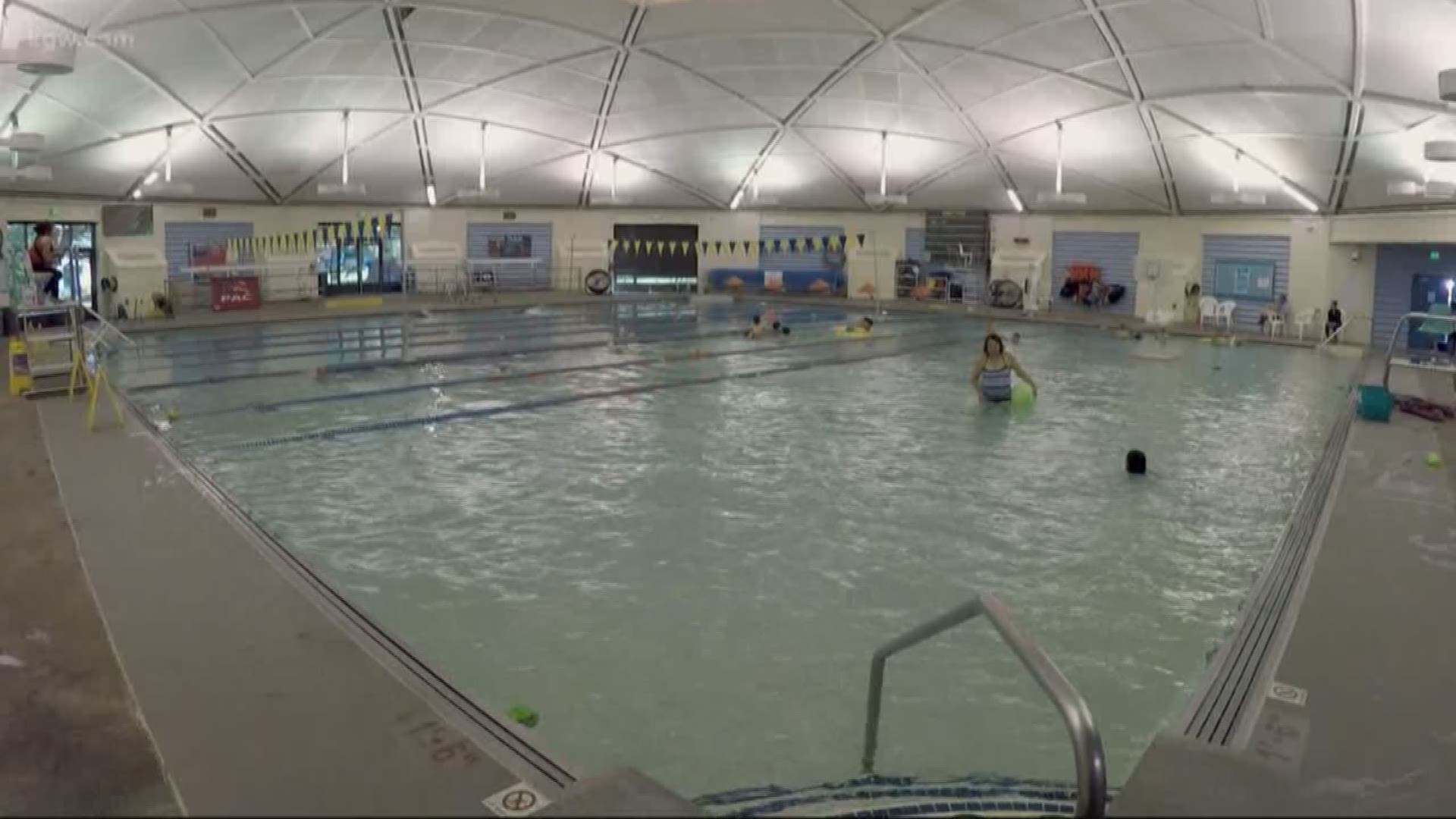 PORTLAND, Ore. — North Portland’s Columbia Pool is scheduled to close next summer due to a major budget gap in the Bureau of Parks and Recreation, but neighbors are not ready to give up on their beloved facility yet.

From seniors, to parents, and even their kids; people in North Portland are fighting to keep the pool open. However, the city said it just does not have the money to do that.

The Columbia Pool needs extensive and expensive repairs. It’s also not bringing in enough money to offset costs, according to parks and recreation staff.

When Pat Cronin moved to North Portland 12 years ago, she was looking for a public pool for exercise, but what she found was community.

“It's been a life-giving support and I don't think you think of a pool that way, but that's what this pool is,” Cronin said.

She is part of a group of seniors who are fighting to save the pool from closing in 2020. Some members of the group have been coming to Columbia Pool for almost 40 years.

From seniors to Cronin’s grandchildren, she said there is a place at the pool for everyone.

“We had our aerobics class and we could hear the children in the background with their swim lessons and the moms with their new babies – all at the same time,” Cronin said. “And it just feels like it’s a great place to live when you have that.”

Cronin is worried what she and her fellow swimmers will do if the pool closes.

Facing a $6.3 million funding gap in the Bureau of Parks and Recreation, the city council made the decision to close Columbia Pool in May. It's scheduled to shut down June 30, 2020, but Cronin, her friends, and several neighborhood groups are fighting to keep it open.

On Saturday, they came together for a free concert at Columbia Park called Park and Poolooza.

There was food, music, and community sponsors, but it was more of a pool party with a purpose.

“We're all united around a single message of uninterrupted access to a pool year-round on the peninsula,” said Mary-Margaret Wheeler-Weber, chair of the Portsmouth Neighborhood Association.

The Bureau of Parks and Recreation said closing the pool comes down to numbers. The pool has an estimated $5 million in needed repairs. That includes a new roof and a new heating system.

“Although we know there's a budget crisis for the city, we are sure we can work with them to come up with a solution to keep the pool open,” Burdon said.

Portland Parks and Recreation Is exploring the possibility of a full-service aquatic center at Charles Jordan Community Center, but nothing is certain yet.

Some community members are worried about how long they will have to wait for a new pool.

People at Park and Pooloza are hopeful they can find a solution like other community facilities on the budget chopping block have.

Earlier this month, neighbors were able to save the Sellwood Community Center from closing. They worked out a deal with the city by leasing the building for one year for one dollar.

“We feel like the city set Sellwood up in the same way they set us up to have some community activism and really seek a positive solution so we can maintain this asset in our park,” Burdon said.

Volunteers tell KGW they expect and eight to nine-month budget battle with the city, but they are ready to work with the city to keep the pool open.

From the outside, it might just look like a pool, but to these neighbors it is so much more.

“It's all kinds of things; my health, my spirit, my community. So, it's really important to me,” Cronin said.