An article in the National Geographic last week cast doubts on several claims Portlander Colin O'Brady made about his "Impossible First." 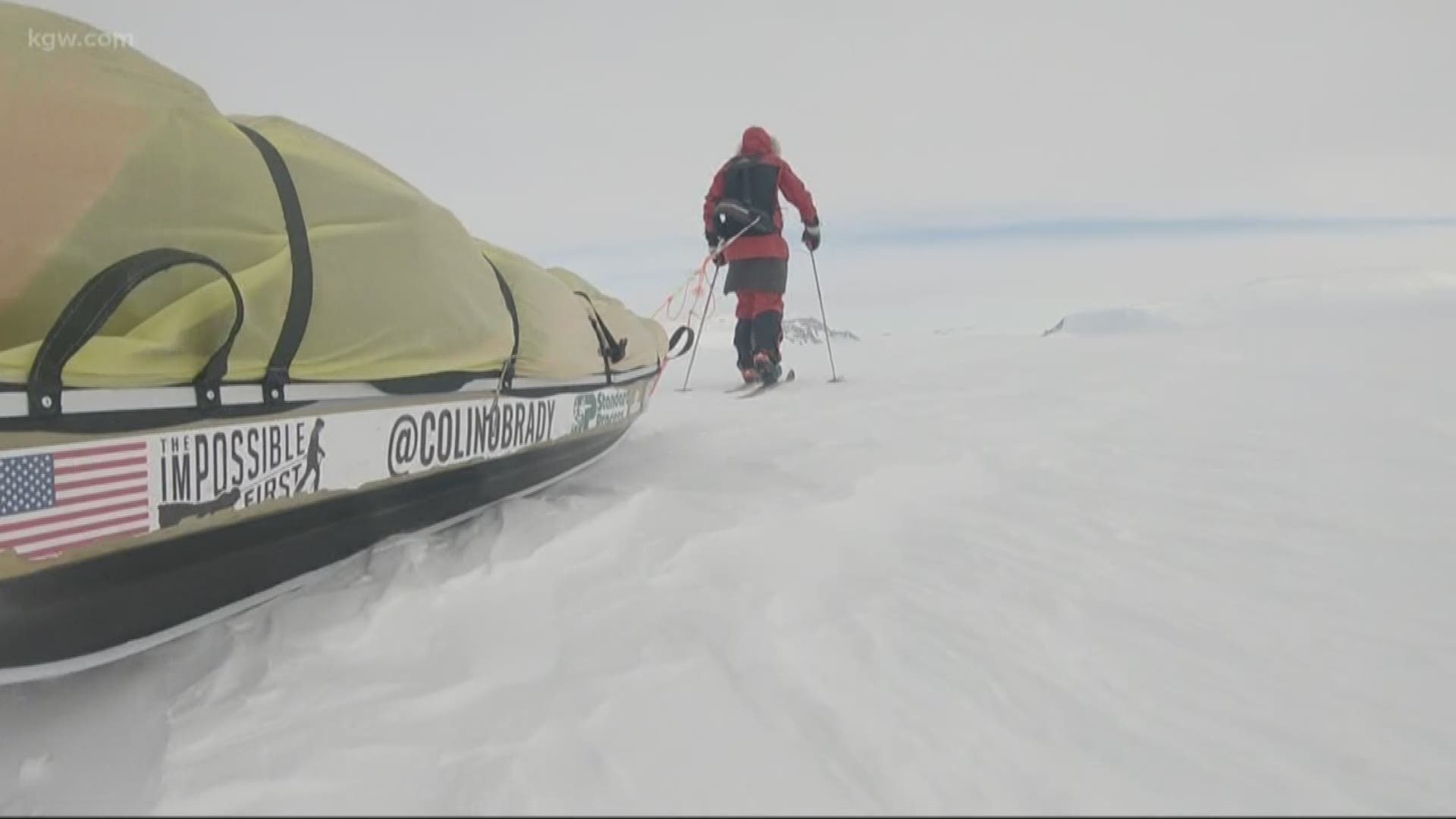 An investigative report from the National Geographic published earlier this month cast a series of doubts about the trek Portland resident Colin O'Brady took across the Antarctic in 2018, dubbed, "The Impossible First."

O'Brady recently released a book about the 932-mile trek, and with it came a slew of criticisms from the "adventuring" community.

Teasdale also wrote O'Brady finished the last third of his trip, about 366 miles, along the South Pole Traverse, on the McMurdo-South Pole Highway.

Lastly, Teasdale said O'Brady's claims that no one would be able to rescue him during a certain portion of the trip were not true. In fact, experts told Teasdale that O'Brady could have asked to be rescued at any point.

O'Brady has now responded to the article in a lengthy letter, asking for retraction from the editor-in-chief of the National Geographic, posted in full online.

For example: "The article claims that I exaggerated the dangers and compares the ease of arranging for a plane to come rescue me, in the event of an extreme emergency, to '... requesting an Uber.' This is patently false," O'Brady wrote.

O'Brady said he only had a long form conversation with Teasdale more than a year ago, about his trek in what he calls "a different context."

KGW spoke with Teasdale last week when the article was published - but before O'Brady submitted his letter. At that time, Teasdale said he stood by his reporting.

RELATED: ‘It is an incredible feeling’: Portland man overjoyed, 'a little tired' after solo Antarctica trek