The Petite Provence employee says staying positive and learning to accept help from others have been keys to getting through diagnosis and treatment. 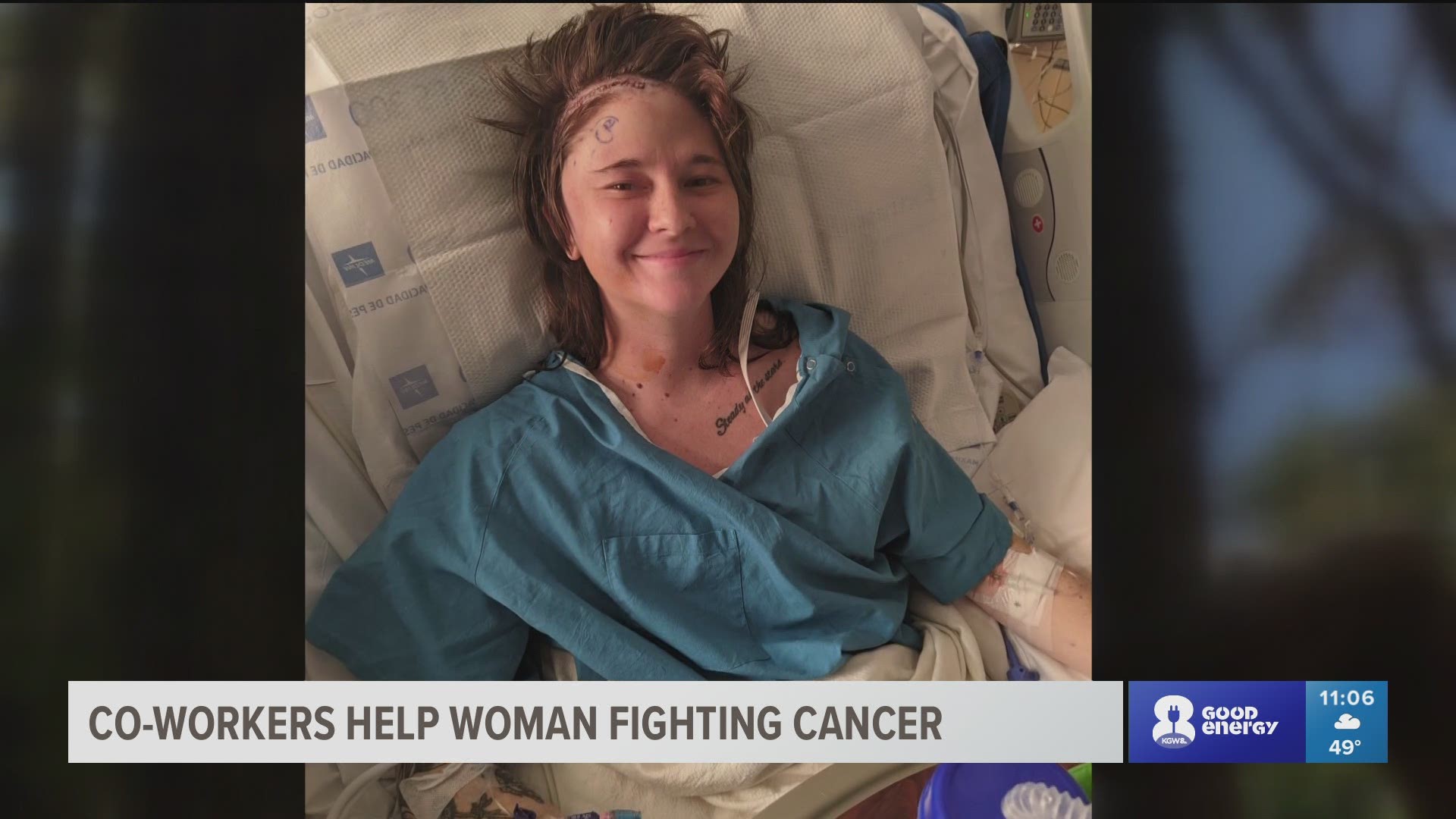 PORTLAND, Ore. — It's been a long year for restaurant workers. For a Portland woman in that industry, it's also been a year marked by a fight for her life.

Since February, Taylor Lum has worked at Petite Provence on Southeast Division Street.

“She just walked through the door and immediately it was just such a good fit,” said general manager Jim Constantine.

“Interacting with all the people is just like a really bright part of my day,” said Lum.

Lum also became a bright part of her co-workers' days. So when she suddenly took ill in April, people noticed.

Back pain, nausea and migraines led Lum to get an MRI. Doctors found a golf ball-sized tumor in her brain and another mass in her lung. It was stage 4 metastatic melanoma; the cancer Lum had fought four years ago, had returned. Doctors removed most of the brain tumor. What's left of it, along with any other masses, will require aggressive radiation and several weeks off work.

“Everyone wanted to help,” said Constantine. “People just came to me and said, ‘Does she need money?’ They started a donation fund and people just kept giving money every day; waiters, dishwashers, cooks from other [Provence] locations.”

“It makes me feel really loved and seen and taken care of and appreciated,” said Lum.

Constantine wanted to do more. He started a GoFundMe account to help with Lum’s rent and life expenses. With radiation treatments, she expects to be off work for at least a month. Although, the first thing she said after surgery was, “Can I go back to work, now?”

“Ideally in my world, I'd like to go back to work next week!” said Lum. “I need you in this weekend, actually,” quipped Constantine, getting a laugh out of Lum. “That’s perfect!” she said.

Lum's laugh is just one reason why people love her. Constantine said Lum reflects joy and kindness to everyone and at just 28 years old, Lum doesn't see that ending anytime soon. She hopes others facing their own tough times will benefit from what's helped her fight: having a positive attitude and accepting help from others.

“That's honestly the hardest part for me is to let people help me,” said Lum. “And it has been the biggest part of this last month — people helping.”

RELATED: Oregon tenants will get 8 more months to pay pandemic-era back rent