The man planned to commit suicide at the top of the mountain, but he changed his mind. 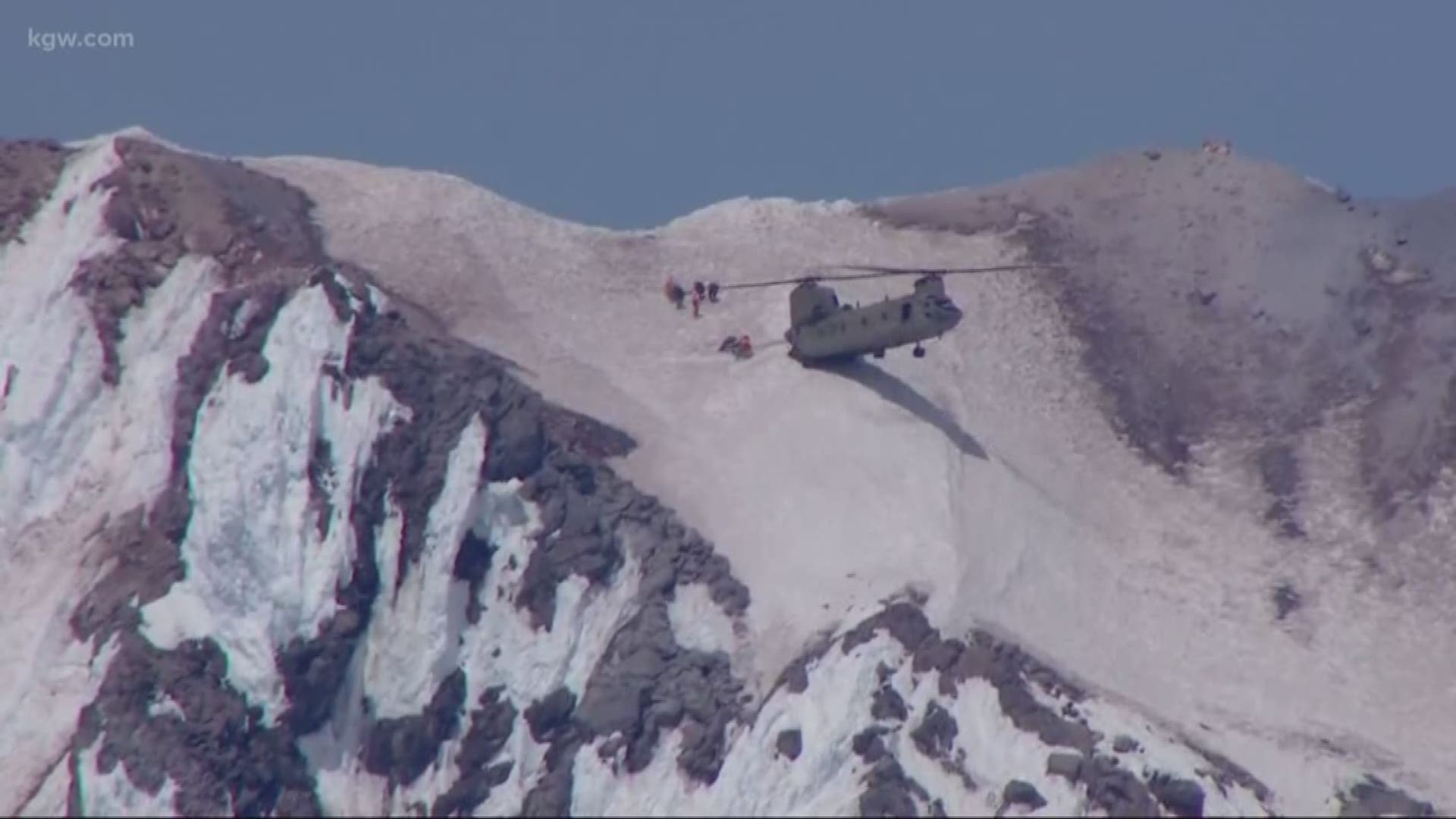 MT. HOOD, Ore. – A Chinook helicopter crew lifted seven people - six rescuers and a climber who planned to end his life - from the summit of Mount Hood Friday afternoon.

“The Clackamas County Sheriff notified us that [the climber] had gone to the summit of Mount Hood because he was going to end his life up there, and then he changed his mind,” said Scott Lucas with the Oregon Office of Emergency Management.

Rescuers needed a Chinook helicopter from the Oregon Army National Guard because of the high altitude - more than 11,000 feet - and the warm air at the summit. The pilot landed the helicopter's two rear wheels on the mountain while the seven people made their way onto the aircraft.

WATCH VIDEO OF THE RESCUE 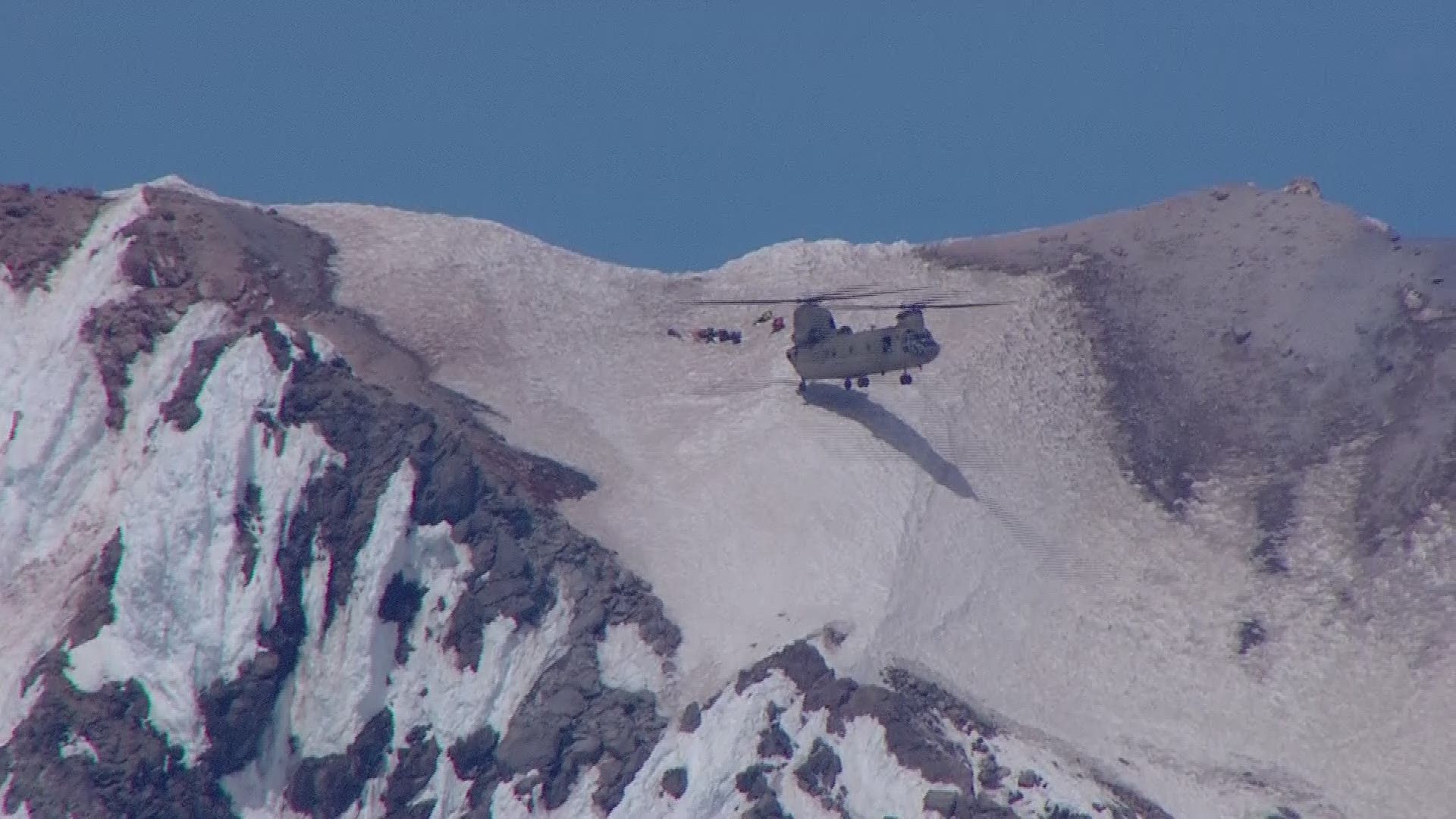 The climber, a man in his 20s, has not been identified. Medics took him to a Portland-area hospital.

The six others are with Portland Mountain Rescue. They kept the climber company until the helicopter crew arrived.