Teens spring into action to save Clark County woman's life

Three teens were in the right place at the right time to help save a woman whose heart had stopped beating. 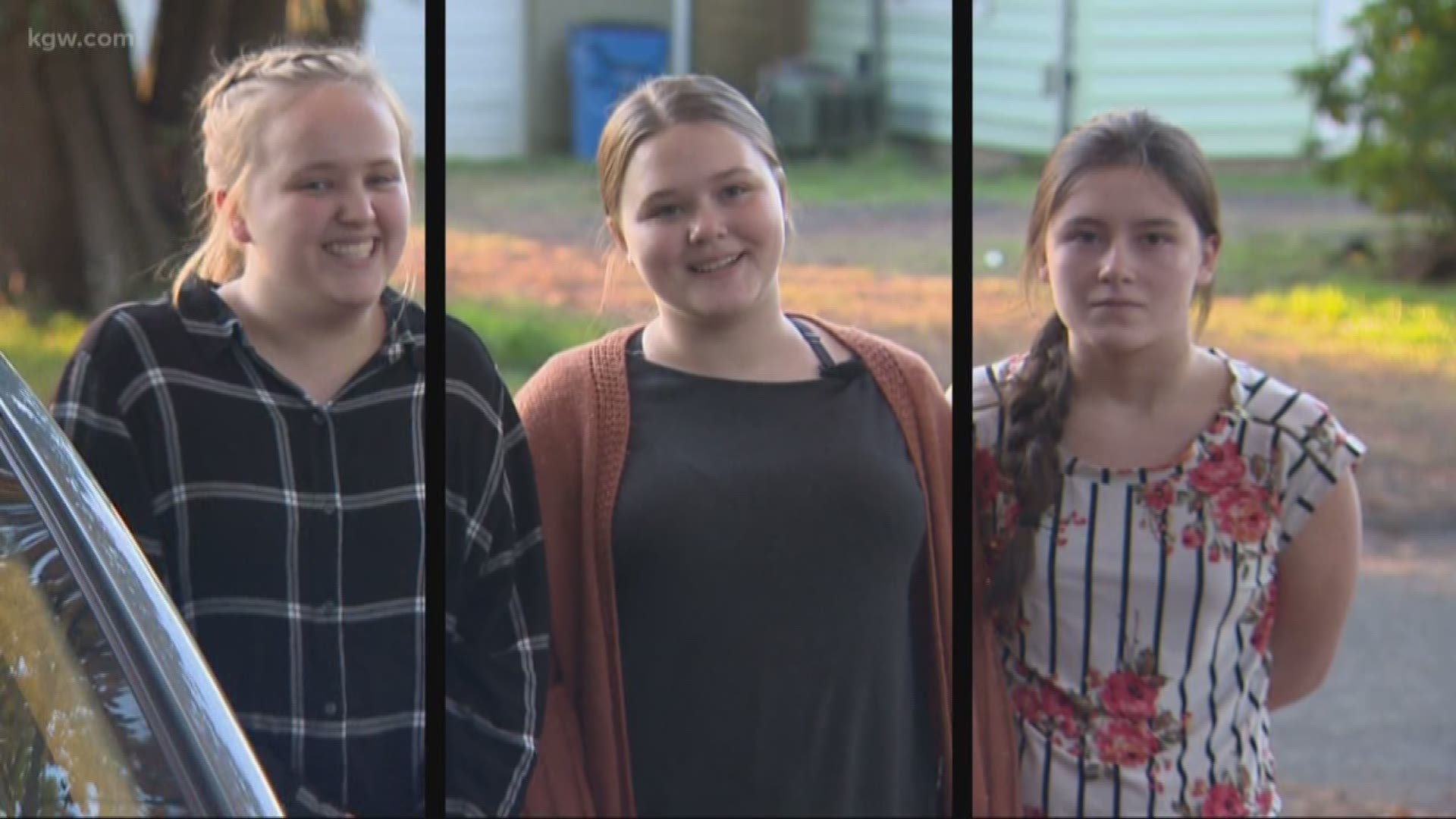 Ashley Eggleston was eating in her dining room on Oct. 6 when she suddenly collapsed.

“I heard a loud bang,” said her son Owen Meyer. “I went over there and she was on the floor.”

Meyer feared for his mom’s life and ran outside, where he flagged down the first passing car he spotted.

“He said, ‘Help, my mom fell,’ and we stopped our car in the middle of the road,” said Emilee Tikka. “We ran inside and saw Ashley on the dining room floor.”

“When we got there she was breathing,” Eva Sarkinen added. “By the time I talked to the operator she wasn’t breathing anymore.”

The 911 dispatcher helped Sarkinen with CPR.

“She told me how to put my hands and where to put them, and then she counted a beat, a rhythm,” Sarkinen said.

Sarkinen performed CPR until first responders arrived. Eggleston was rushed to the hospital where she spent six days.

“I had heart palpitations. It would skip a beat on a daily basis. It happened for eight years, I felt it and it became normal to me,” she said. “This time it got into an arrhythmia that was so bad where it wasn’t pumping blood.

“I felt like everyone was where they needed to be at the right moment.”

“I imagine us keeping in touch from here on out,” she said.

“We were meant to be there I guess,” Tikka said.

READ: Transplant nurse donates liver to boy at her hospital