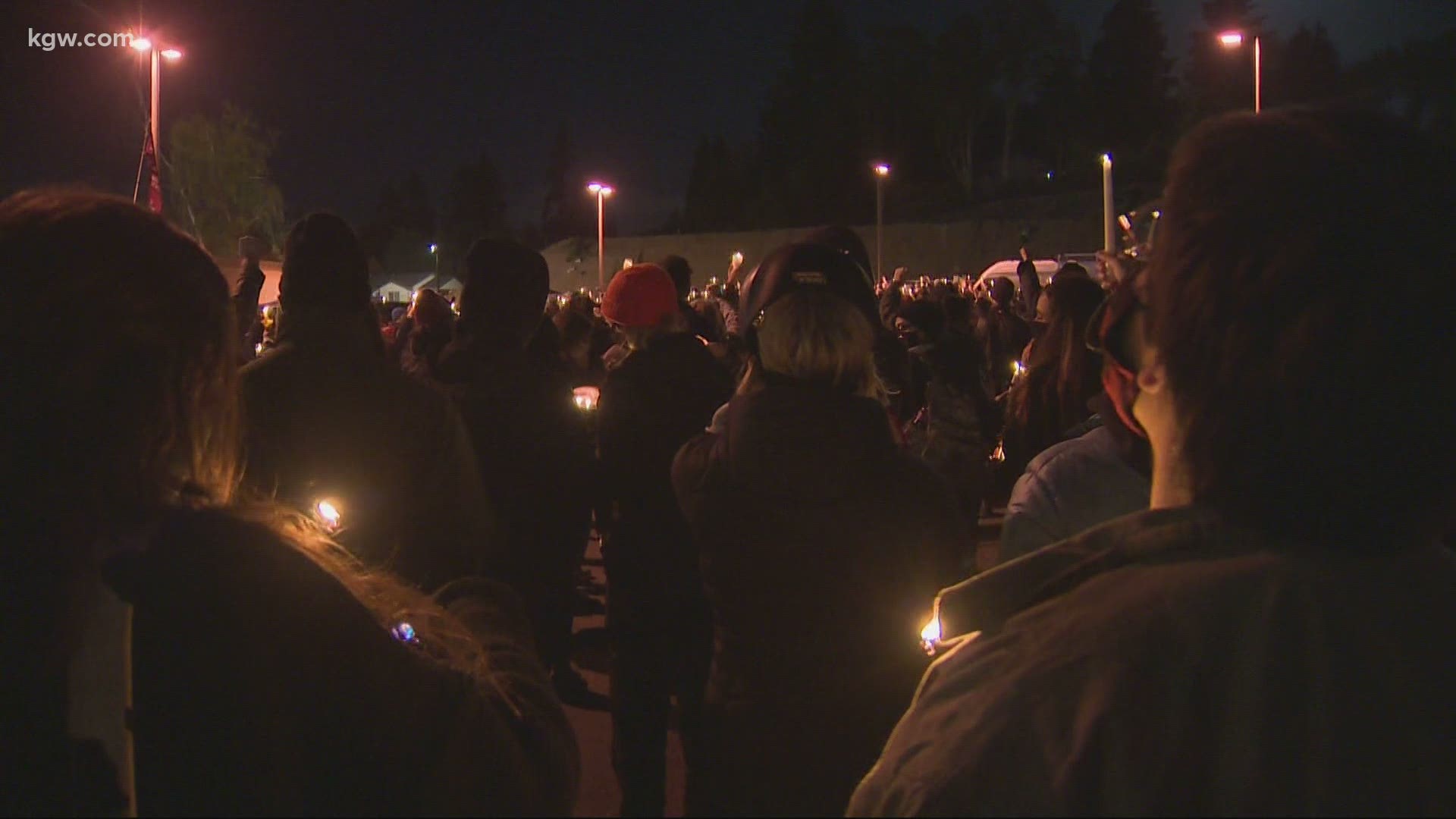 As first reported in The Oregonian, Peterson's father, Kevin Peterson, confirmed Friday morning that his son was killed by police. Peterson Jr.'s girlfriend, Olivia Selto, separately confirmed his identity to The Columbian and said he died at the scene of the shooting. She said she was on the phone with him during the shooting.

During a brief statement Friday afternoon, Clark County Sheriff Chuck Atkins said Peterson was shot and killed during a foot chase and exchange of gunfire with Clark County sheriff's deputies in the parking lot of a U.S. Bank on Northeast Highway 99.

But a news release Friday evening from the Southwest Washington Independent Investigate Response Team (SWIIRT), who is leading the investigation into the shooting, did not say Peterson fired a weapon.

According to Atkins, drug task force detectives were conducting an investigation in the area and deputies began chasing a man armed with a gun just before 6 p.m.

"The information I have is that upon entering the parking lot of a bank, the man reportedly fired his weapon at the deputies," said Atkins. "The deputies returned fire and the subject was tragically killed. It is my understanding that the man’s firearm was observed at the scene."

SWIIRT investigators confirmed Peterson was armed, and a gun was recovered at the scene, but the version of the events described in their news release differs from the sheriff's statement:

"When contacted, the man fled on foot, with officers and deputies close behind. Soon after the foot chase began, the man produced a handgun, and the officers backed off.

"A short time later, the subject encountered three Clark County Deputies who all discharged their pistols."

KGW has asked for clarification from Battle Ground Police Chief Mike Fort, who is providing public information on behalf of SWIIRT, about whether Peterson fired a gun or not.

All involved deputies were put on administrative leave and the independent investigation is ongoing. They have not been identified.

The shooting comes during a time of heightened tensions following police shootings of Black people across the country. Protests have been happening regularly in Portland since the killing of George Floyd on Memorial Day.

A vigil for Peterson is taking place Friday night in the U.S. Bank parking lot.

Ahead of the vigil there’s a rally for #BlackLivesMatter & a counter protest across the street pic.twitter.com/HDMFz85pxc