Team members formed their own team independent of the college. They will play against different colleges across the region. 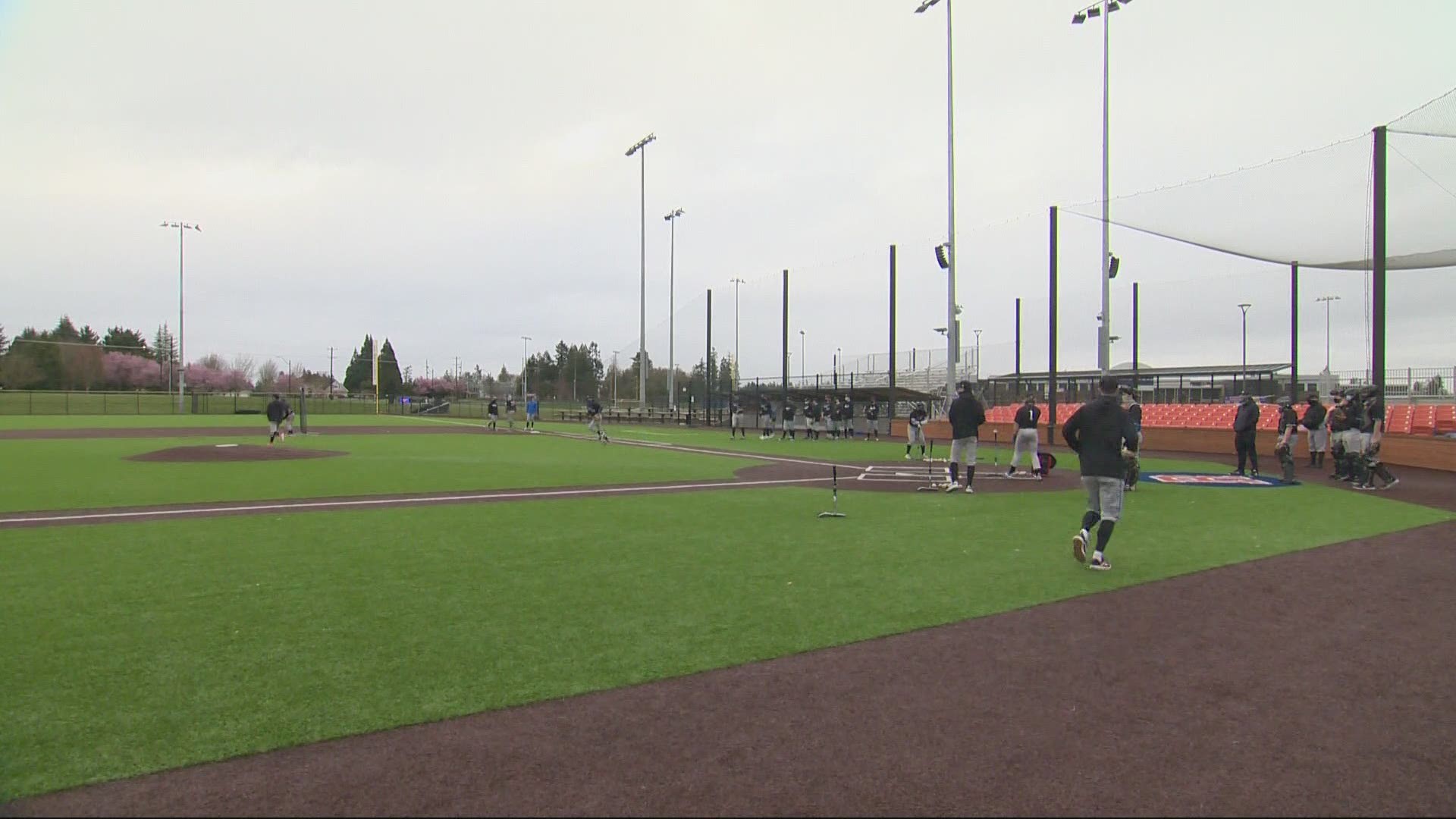 VANCOUVER, Wash. — In Ridgefield Thursday morning, the Northwest Star baseball team got in some last-minute work before the season opener this weekend.

"Just being able to compete is everything we could ask for," said outfielder Quadrese Teague. "That's the one thing we enjoy -- going out there and competing with your brothers."

As Teague eluded to, this team is closer than most because they have been through a lot together.

"You won't always get the hand you want in life, but you have to be strong," Teague said.

Teague and his teammates are really the Clark College baseball team, a squad that saw its second consecutive season canceled because of COVID.

"It was more of a downfall last year but now this year, we're ready for it," said infielder Hector Infante. "Ready for anything. It was another day and we went on with our business."

Part of that business was starting a baseball team independent of the college. The Penguins of Clark College became the Northwest Star faster than pitcher Jacob Trupp's fastball.

"We're all about going after what we want and trying to make it happen no matter what," Trupp said.

Coach Mark Magdaleno, affectionately known as Mags, could not be prouder of his guys for rallying like they did and turning a negative situation into a positive one.

"I think it's the toughest team I've ever had," Magdaleno said. "I think they're resilient and tough minded."

Coach Mags says the team needs the baseball season. It is the only way players can earn scholarships to bigger schools where they can continue their academic and athletic careers.

"We've got to set the table for some of these young men," Magdaleno said. "They need to get some film. Scouts need to see them. Not only pro but college scouts."

It all starts this weekend with the Northwest Star traveling to the College of Idaho for an exhibition game.

Coach Mags said the Northwest Star baseball team has games lined up against Eastern Oregon, Oregon Tech and Corban University, among others.

The team needs money to make this happen since they are playing independent of Clark College. They have started a GoFundMe to cover expenses such as transportation, lodging, food and equipment.