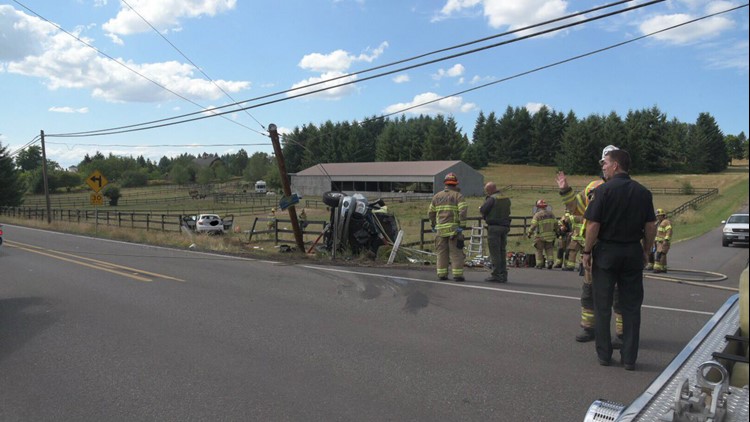 One person dead, 4 injured in multi-vehicle crash in West Linn

WEST LINN, Ore — One person was killed and four more were hurt in a two-vehicle crash in West Linn on Friday afternoon.

The crash, involving a pickup truck and sedan, occurred on Southwest Stafford Road near Newland Road. One of the vehicles rolled over and knocked down a power pole and lines, according to Clackamas County Sheriff's Office.

In addition to the person who died, one person was rushed to a hospital with life-threatening injuries, firefighters said. Three more people suffered injuries not believed to be life-threatening.

It's unclear what caused the crash. Impairment is not believed to be a factor in the crash, according to the sheriff's office.

Southwest Stafford Road is expected to be closed until at least 7 p.m.