Family to give away 1,100 life jackets to honor daughter who drowned

The family hands out free life jackets at Barton Park each year on the anniversary of their daughter's death. 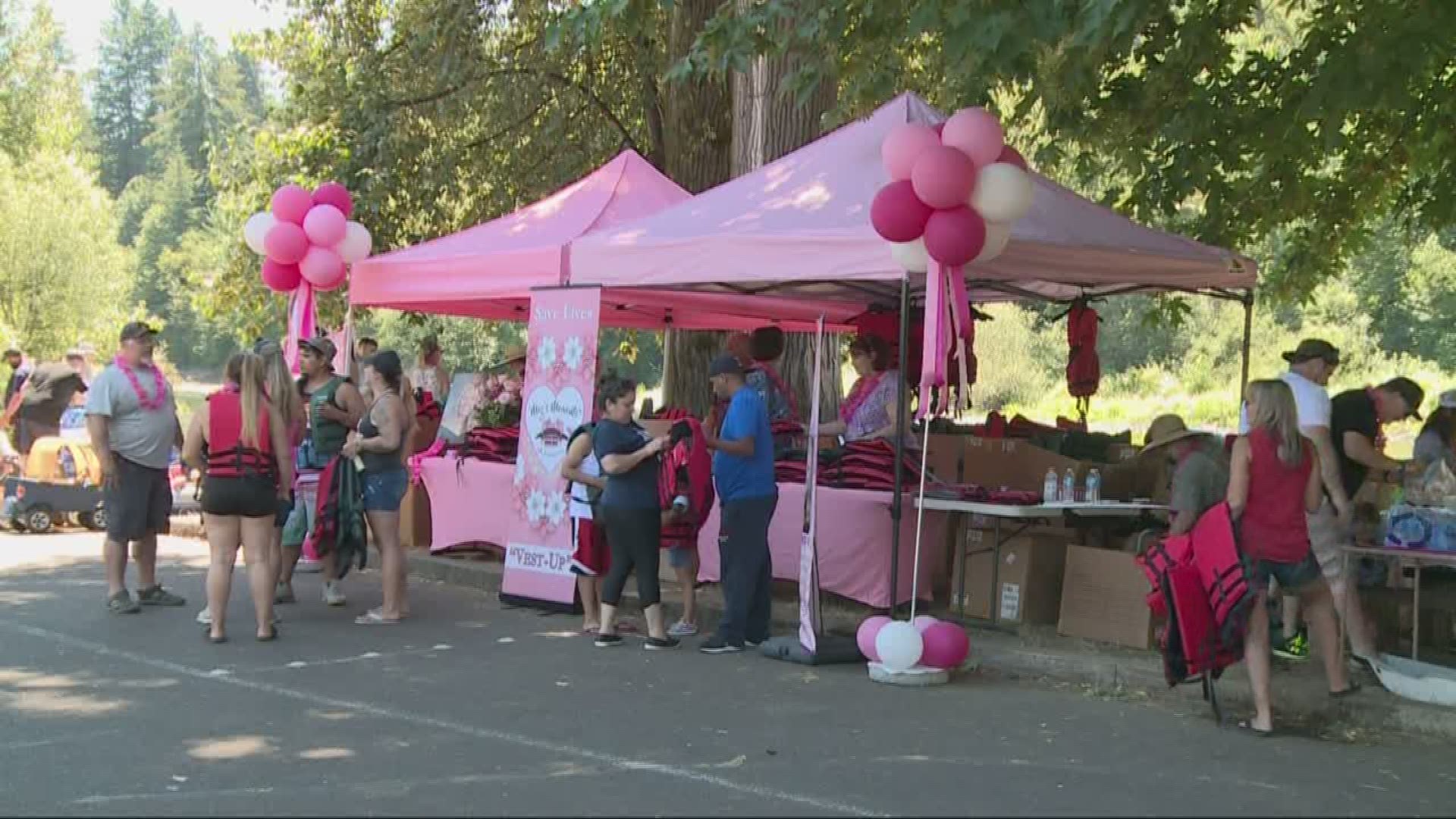 CLACKAMAS, Ore — Several people at Barton Park took the opportunity to float down the Clackamas River on Friday. But for the O'Meara family, this is the park where life as they knew it came to an end.

Six years ago their daughter 26-year-old Meagan O’Meara-Clark went swimming without a life jacket and got caught in the current of the Clackamas River and drowned.

Meagan was a strong swimmer. Yet, on July 5, 2013, she wasn’t able to escape a whirlpool near Barton Park.

“Divers looked for two days and called off the search and we couldn't leave her out there, we actually went out and found her,” Robert O’Meara, Meagan's father said.

RELATED: Family gives away 1,000 life jackets to save lives, honor daughter who drowned

Her parents have taken their loss and used it to help save other lives.

They started handing out free life jackets at Barton Park each year on the anniversary of Meagan’s death.

“We do this so other parents, you know, don't have to go through any experiences like this," Robert said. "I know she's up there smiling down with what we're doing.”

KGW was there as they loaded up for Saturday’s giveaway. They plan to start handing out jackets at 9 a.m. and keep going for as long as they last.

The family said they have 1,100 life jackets to give out this year.