In an email to firefighters, outgoing fire chief Larry Goff said he was let go because he disagreed with city manager Scott Lazenby's idea of closing one of the city's three fire stations to cut costs. 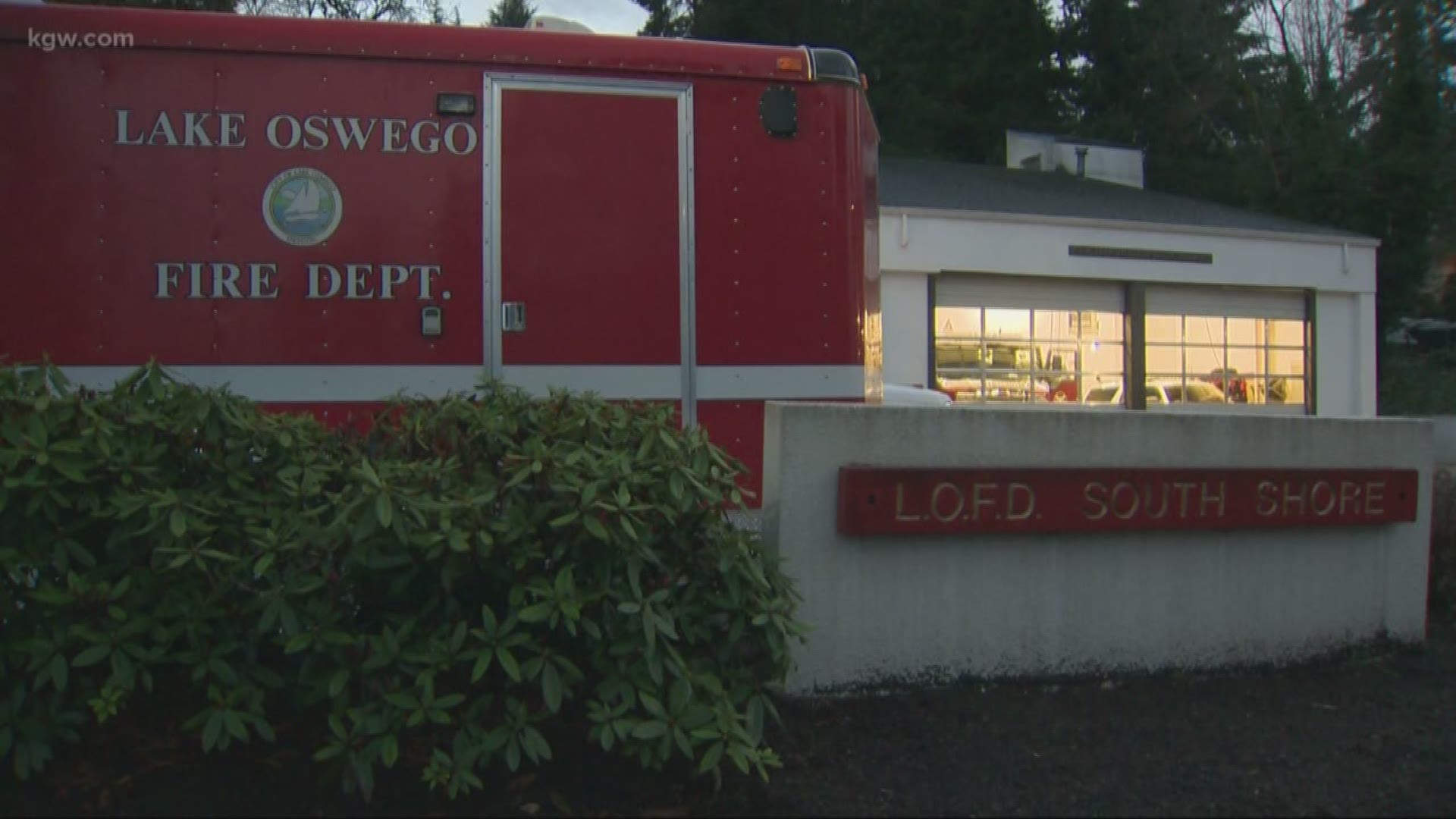 LAKE OSWEGO, Ore. — In Lake Oswego, community members and firefighters came out in force to oppose closing one of the city's three fire stations, the notion of which city officials dismissed as a rumor.

They packed Lake Oswego’s city council meeting Tuesday night to offer public testimony on the issue, which was not on the council’s agenda.

"The citizens we serve intuitively know less is not more," said Karl Koenig, president of the Professional Firefighters Association of Clackamas County. "When somebody has chest pain, minutes count."

Koenig said the outpouring of opposition was in response to an email that Lake Oswego firefighters recently received from outgoing fire chief Larry Goff. In the email, Goff said he'd been "involuntarily dismissed" by Lake Oswego City Manager Scott Lazenby after 36 years of service. Goff said he believed the reason he was let go was because he disagreed with Lazenby's idea of closing Fire Station 212 on South Shore Boulevard to cut costs.

Asked why he let Goff go, Lazenby told KGW he was looking for "a change in leadership."

Lazenby said his decision had nothing to do with Fire Station 212 or a proposal to close it, which he called a rumor.

"It's not being discussed," Lazenby said. "It's kind of a loaded question, like, when did you stop beating your spouse? It's just not a proposal that's on the table."

Goff declined KGW’s request for an interview Tuesday night. His last day is December 31. Koenig said the chief has his support and the support of his fellow firefighters.

"We have no reason to think that he would tell us one thing and the city manager do another," Lazenby said.