Two people were arrested, a dog was rescued and thousands of dollars in stolen goods were recovered in Clackamas County. 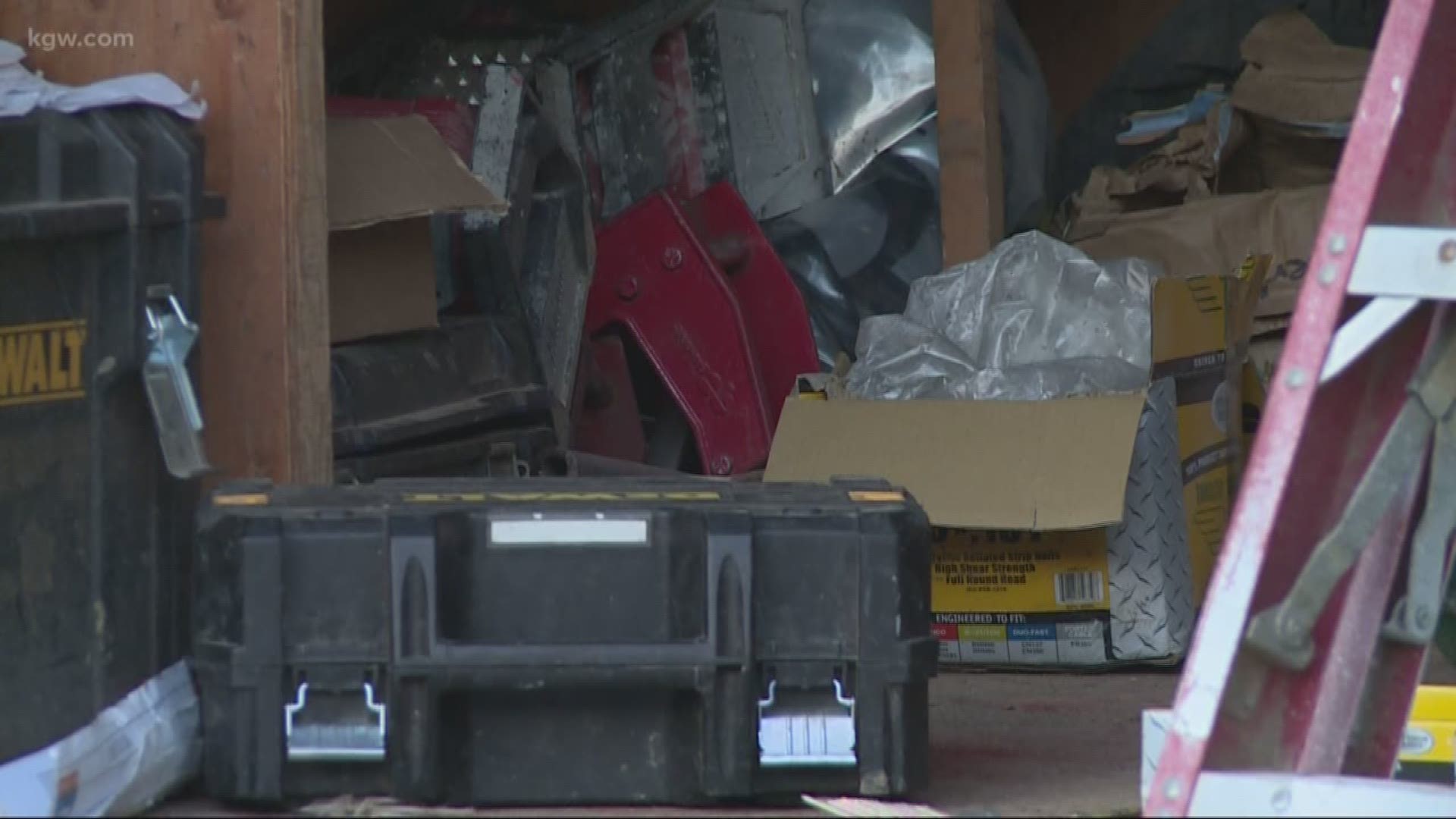 Two people were arrested and deputies rescued a dog abandoned by one of the theft suspects. They also recovered thousands of dollars in stolen goods.

Now, police are working to reunite stolen items with their owners.

The busy night started around 11:15 p.m. Sunday when a deputy working for Happy Valley police saw a driver in a U-Haul van pull out of a construction site near Southeast 147th Avenue and Scouter’s Mountain.

The deputy tried to pull the driver over, but he sped away. A chase continued into Portland until the driver abandoned the van on foot, leaving a woman in the passenger seat.

Inside the van, deputies found about $10,000 in stolen goods from another Happy Valley construction site, near Southeast Sunnyside Road and 162nd Avenue.

Deputies and a K-9 team searched for the suspect but couldn’t find him. The woman in the van cooperated with deputies and was let go.

The sheriff’s office released a photo of the stolen items that deputies found in the van. Anyone looking to reclaim their property should call Happy Valley police.

Theft interrupted and a dog stays behind

Around 2 a.m. Monday, a sheriff’s deputy went to the construction site near Sunnyside Road and 162nd Avenue to investigate the earlier theft when he stopped another theft in progress.

A man dressed in dark clothes was opening a utility trailer but stopped and ran when he saw the deputy. He had a dog with him, but the dog didn’t follow when he took off. It stayed behind and was happy to be rescued by the deputies. It is currently in the care of county dog services.

Anyone with information about the suspect is asked to call the sheriff’s office.

Around 4:30 a.m. Monday, a deputy in the parking lot of Home Depot at Southeast 82nd Avenue and Johnson Creek Boulevard saw a pickup truck driver slowly pull into the lot, turn the truck’s lights off, and pull up to a fenced-off construction site. The passenger then opened the gate after cutting the lock, deputies said.

The driver backed the truck into the construction site. When they left the lot with a trailer attached to the truck, other deputies were waiting for them.

Deputies arrested Jonnie Dean Clark of Gresham and Paul George Caward of Portland on charges of unlawful use of a vehicle and possession of burglary tools.

The trailer, valued at $8,000, was returned to the construction site.

MORE: Police kill man in Southeast Portland after responding to report of person with knife