The change would mean the sheriff's office would no longer work with the four volunteer organizations they use now, including Portland Mountain Rescue. 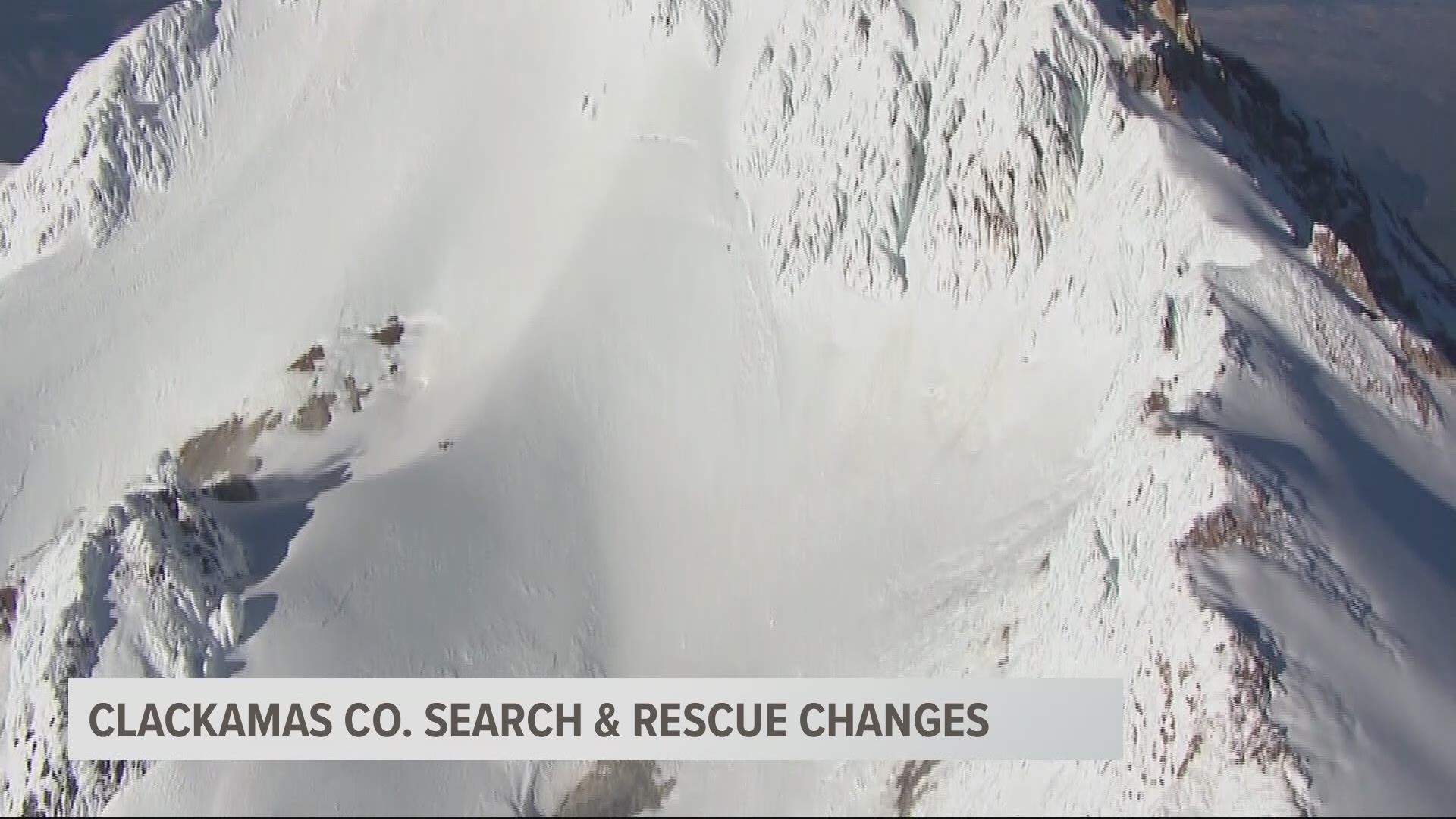 Roberts on Tuesday said he has not completely ruled out partnering with Portland Mountain Rescue.

“Have you considered doing a hybrid model, where you have, like you said, your own team for those 134 mission that aren't on Mt. Hood, but then contracting with PMR to do those ten rescues a year that require a specialized skill set?” we asked Sheriff Roberts.

He replied, “You make a great point and yes, that's exactly some of the things we're looking at because they bring a very unique skill set.”

The family of a man who died in 2017 while climbing Mt. Hood sued the Clackamas County Sheriff's Office, saying it took them too long to get to him. As part of the $25,000 settlement, Clackamas County also had to make a donation to PMR.

Sheriff Roberts said that lawsuit is the reason he wants to create his own search and rescue team.

“What I look at is this last lawsuit was $10 million and that was brought against us, it was settled for much less, but it is a wakeup call for all of us that often times there's future litigations and I don't want to be the sheriff that's saying we got sued and we did not do anything,” Roberts explained.

Many, though, have questioned what that looks like for future rescues on Mt. Hood. The sheriff's office uses PMR for those calls now. The volunteer organization is recognized as one of the leading rescue units in the country.

The lawsuit filed in 2017 was not about PMR, but instead about how long it took the county to call PMR to respond.

“But, my point I want to make is as a result of that case, OEM (Oregon Emergency Management), identified a number of issues that were really not in the best interest of the sheriff's office,” Roberts said.

PMR estimates it would cost at least $500,000 to equip and train a new unit managed by the sheriff's office. The sheriff said PMR does an excellent job, but he wants more oversight of search operations. He said he is still having conversations with the group to see if they can come to some kind of agreement moving forward.

The exact cost of the new team is unclear, but it will require more staff. The sheriff’s office will create its own nonprofit organization to raise funds.