A spokesperson for Portland Mountain Rescue said the group intends to "stand ready to do what we do, and that's rescues on Mt. Hood." 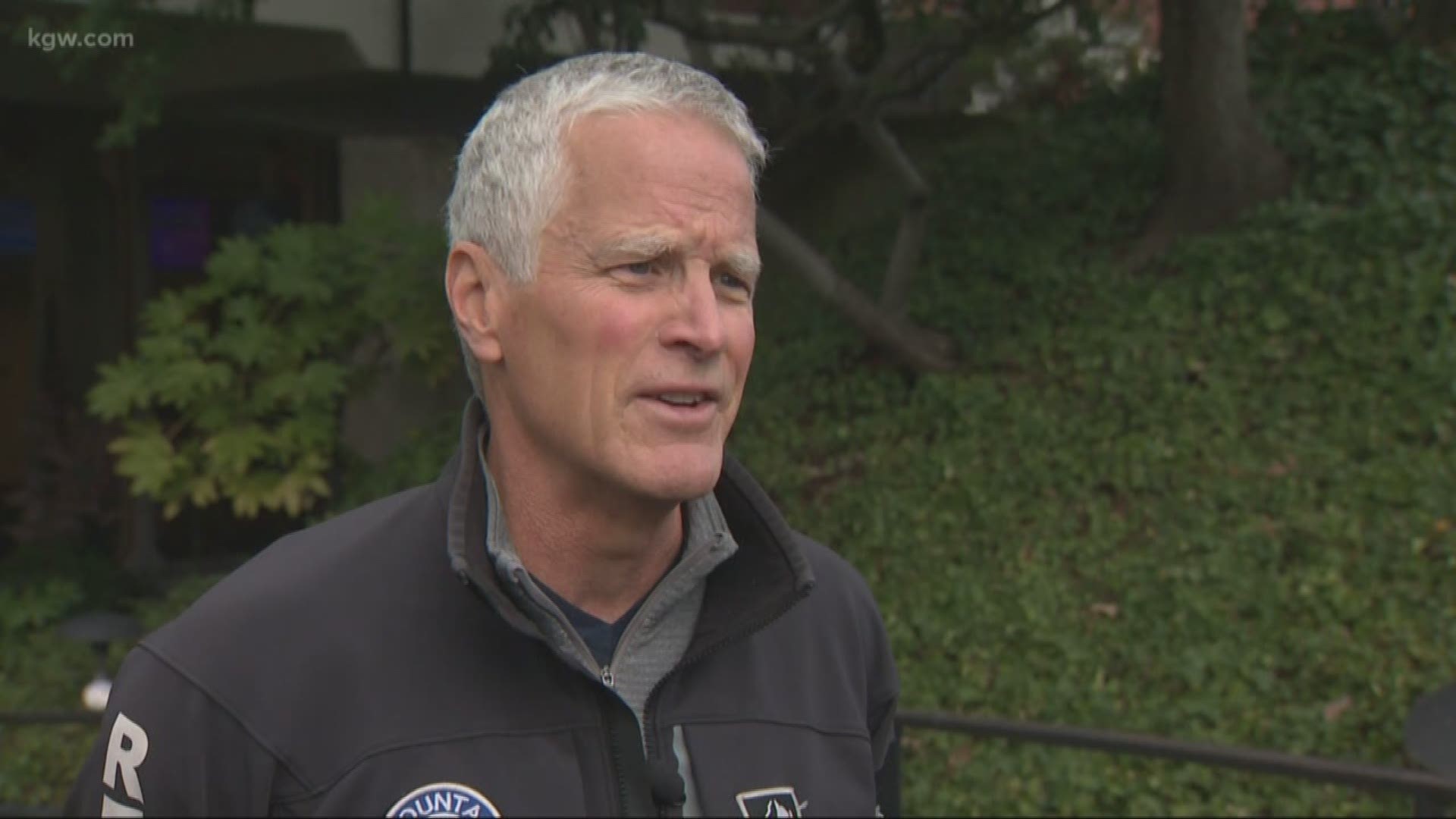 There are a lot of questions about what that will look like, especially when it comes to mountain rescues, but Roberts was not available for an interview. In a memo, he said he made this decision because of a lawsuit and recommendations in a recent study.

That study, though, said it doubts the sheriff's office has the funding and equipment to pull off their own team without help.

When someone needs to be rescued on Mt. Hood, the Clackamas County Sheriff’s Office calls Portland Mountain Rescue.

"When there's a mission on Mt. Hood, right now we're the only unit that can respond," said Mark Morford, a rescuer with Portland Mountain Rescue.

PMR is a volunteer organization made up of about 75 specially trained rescuers, plus support staff. It is recognized as one of the leading rescue units in the country.

PMR said it gets called out on about 20 missions a year. Half of those are for rescues on Mt. Hood. However, PMR’s relationship with CCSO is changing.

"The sheriff has said he's going to stop calling Portland Mountain Rescue," Morford said. "We're still talking to him about that. We intend to stand ready to do what we do and that's rescues on Mt. Hood."

In a statement, Roberts said, "The research says forming this team is the right move for Clackamas County residents. Local response times and communication will improve with a single, dedicated team. Search and rescue in Clackamas County involves much more than Mt. Hood — it's demanding and complex, across wilderness and urban environments. If a major disaster happens here, this will allow the quick deployment of SAR resources dedicated to Clackamas County."

The research study looked at current search and rescue models in Deschutes and Multnomah counties. Deschutes manages its own team and Multnomah County has a hybrid that includes a team of its own and a partnership with volunteer organizations. However, when you look at Clackamas County, one cannot help but think about mountain rescues.

"Mt. Hood is the second most climbed alpine mountain in the world and we believe it has more alpine rescues that anywhere else in the world," Morford said. "That requires a specialized unit, not a unit of general rescuers. Deschutes County does have some mountain rescuers, but they have fairly low demand for that service."

Rescues on Mt. Hood require specialized training and even the research study said it doubts the sheriff's department has enough funds to provide the equipment necessary to run a large volunteer program without any assistance from the volunteer groups it currently uses.

"We've estimated that it would cost about half a million dollars to equip and train a new unit and that's assuming it's all volunteers," Morford said. "We do that now at no cost to taxpayers."

PMR said it is still working with the sheriff's office and hopes to come to an agreement moving forward because at the end of the day, it is about keeping people safe.

The sheriff also said he made this decision in the wake of a recent lawsuit. The family of a climber who died on Mt. Hood in 2017 sued the sheriff’s office, saying they did not get to him fast enough after he fell. PMR said the lawsuit was not about their work but instead about how long it took the county to call them to respond.