The county saw a 400% increase in 911 calls over two days during wildfire evacuations, mostly about suspicious people. Most of these calls are unfounded. 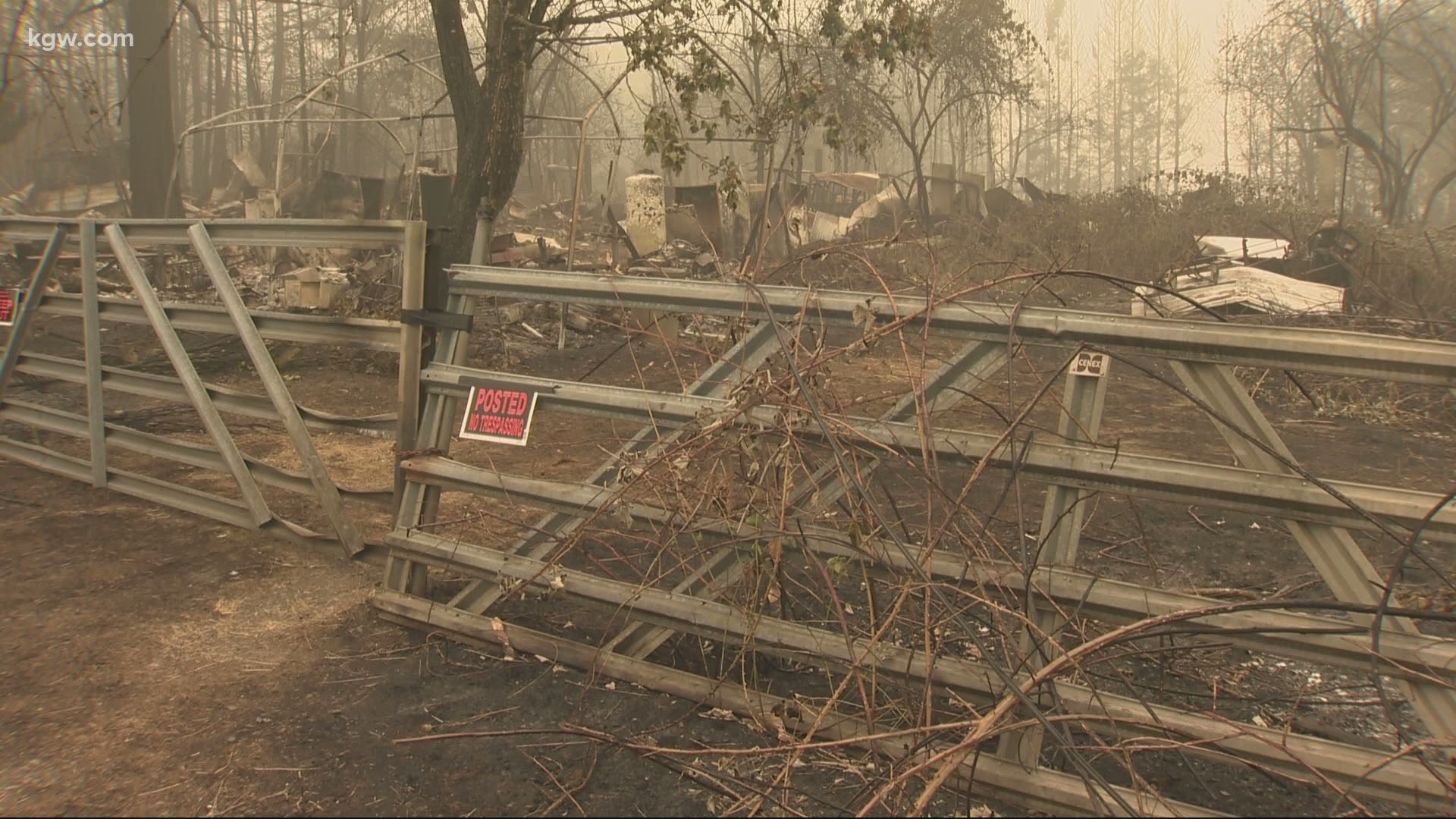 CLACKAMAS COUNTY, Ore. — Misinformation and rumors have run amok for the past week in Oregon, as firefighters battle more than 35 wildfires and thousands of residents are evacuated because of fire danger.

In a news conference Sunday, Clackamas County Sheriff Craig Roberts said deputies responded to more than 330 calls for service over the past two days, which equals to about a 400% increase in calls.

Sheriff Roberts said most of these calls have to do with people trespassing or suspicious individuals being spotted.

"We've made some arrests, but the majority of those calls are unfounded," Chief Roberts said.

He added residents should still call 911 if they see anything suspicious, but warned people against calling just on a whim with the following story:

"We had a truck with gasoline containers in the back of it. A 911 call came in, and folks tracked it down. When we tracked it down, the individual was delivering gas to folks with generators in the area, trying to keep fridges running," the sheriff said. "There's just a lot of misinformation about folks trying to set fires, I want to reassure everybody we're on this, if you see anything suspicious call us."

"Stop that... it's illegal to stop somebody at gunpoint ... many of the people we have seen in these areas are actually going in to get another load of their personal belongings. Last thing I want to see is something tragic to happen, because someone is overreacting," Sheriff Roberts said.

Regarding misinformation the chief mentioned, a conspiracy theory that antifascists are setting fires throughout the state has been proven false.

However, that hasn't stopped these social media rumors from causing real-life headaches for first responders and dispatchers.

Douglas County Sheriff's deputies reported their 911 dispatchers were overrun with people calling about antifascists setting fires, or being arrested for arson.

A Clackamas County Sheriff's deputy was placed on leave this week after he was seen on video telling someone, “Antifa mother-[expletive] are out causing hell, and there’s a lot of lives at stake. And there’s a lot of people’s property at stake because these guys got some vendetta."

A fake post from the Medford Police Department also made the rounds on Facebook earlier this week, that claimed a member of Antifa was arrested for arson. That claim was debunked as well.

KGW News also received hundreds of calls and messages about the false claims and has spent the week debunking those rumors.