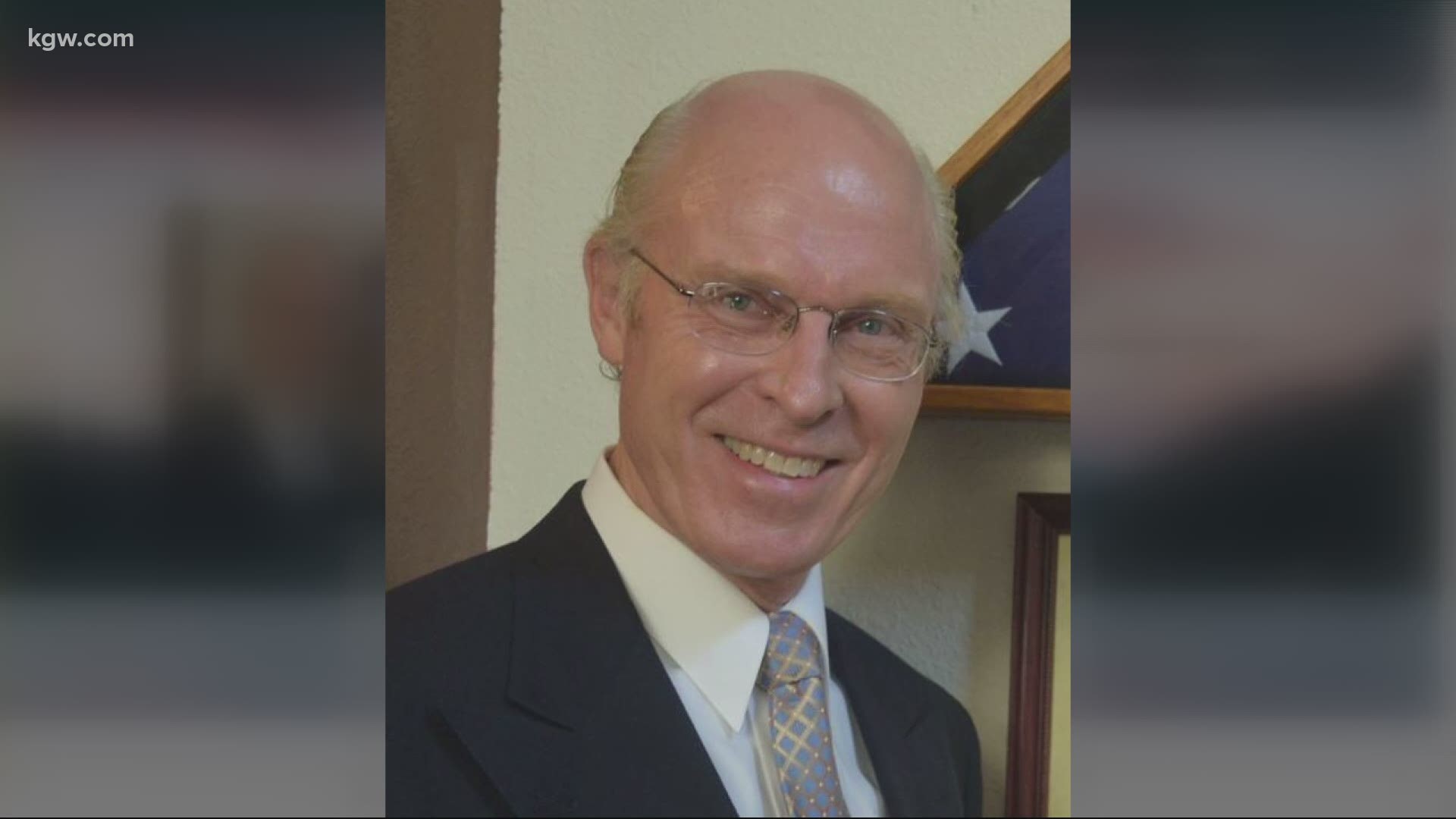 OREGON CITY, Ore. — A newly elected Clackamas County commissioner is under fire for racist posts on social media. On Wednesday, the county's district attorney joined leaders in the Muslim community and others calling on Mark Shull to resign.

"It shouldn't need to be said, but clearly it does: racism, religious intolerance and transphobia have no place in our community and especially among our leadership," said Clackamas County District Attorney John Wentworth.

Shull’s Facebook page is now shut down, but not before inflammatory posts were saved last week by a person who lives in Clackamas County with ties to the local Democratic Party.

Shull indicated during a commission meeting on Thursday morning that he does not intend to resign: "I've heard and understand your concerns, I submitted a statement earlier in the week about the messages. My intention at this time to carry out work of the people of Clackamas County, thank you." .

Mark Shull says he will not resign over racist bigoted social posts, despite three Clackamas commissioners calling for it in meeting happening now. Looks like they will move to censure for now, no recall possible for 6 months. @KGWNews pic.twitter.com/WR5pz5wfJx

Cris Waller said she made it her personal mission to investigate concerns she had about Shull, and his social posts.

"I was immediately aghast at what I saw," Waller said.

What Waller saw were many Islamophobic statements by Shull, including:

Shull also took on immigrants, the LGBTQ community and the Black Lives Matter movement, writing in one post, "BLM is not about black lives mattering or any other life mattering. BLM is a pawn for the rise of neo Marxism."

Waller said she was aghast "that anybody who is a public official could put forth these types of views, and believe that those were acceptable."

"It is, frankly, astounding that someone would not only have these thoughts, but that they would consider them enough to put in writing for others to see, then run for public office with no shame or care that the comments would be condemned," he said.

On Tuesday, the only camera Shull would go in front of was the one at a board of commissioners meeting. He released a statement, saying in part, "I apologize for any concerns in the community related to my comments years ago about problems with integration of Islam into western society. I respect the freedom of religion that extends to members of the Islamic community, as well as to all religious beliefs."

It's important to note that the offensive posts are not from "years ago" as Shull states, but from the past couple of years, including from 2020.

The Council on American-Islamic Relations (CAIR) in Oregon had seen enough and responded quickly.

"I'm shocked, I'm disappointed just reading through those comments … it's hard to get through," said CAIR-Oregon board member Sahar Muranovic. "It's triggering, it's hateful and bigoted."

Muranovic said words have consequences, especially in these troubling times.

“We absolutely think he needs to resign," Muranovic said. "If he doesn't resign, the other commissioners need to take some sort of action.”

Late Tuesday, new Clackamas County Board of Commissioners Chair Tootie Smith, who is not without controversy herself, canceled a roundtable that might have allowed commissioners to discuss the controversy, saying she would take the time to write a statement.  Smith released the statement, which said in part:

“I want to assure residents that I in no way condone or agree with these offensive statements. They do not reflect my values. Such statements are an attack on human dignity and have no place in government. Our role as Commissioners is to serve residents, build trust and create a safe and thriving community for all residents. Bigoted statements by elected officials undermine that work and trust.”

“The real Mark Shull clearly is not the same as the candidate, and voters were deceived. If Mr. Shull does not resign, voters should get the opportunity to remove him from office.”

Both the Portland City Council and the Multnomah County Board of Commissioners have called on Shull to resign.

“This morning, I learned about Clackamas County Commissioner Mark Shull’s history of racist, Islamophobic, anti-immigrant, homophobic rhetoric. These statements are shocking. Some of them invite violence. This is not an issue of a questionable statement here or there. This is a history of expressing views that are abhorrent and antithetical to the values of this country and our state, and are dangerous. The events of last week make this crystal clear. Mr. Shull should resign, immediately.”

As Clackamas County’s District Attorney, I am calling for Commissioner Mark Shull’s immediate resignation from Clackamas County’s Board of Commissioners. It shouldn’t need to be said, but clearly it does; racism, religious intolerance and transphobia have no place in our community and especially among our leadership. Commissioner Shull's comments are not only in direct conflict with Clackamas County's fundamental commitment to diversity, equity and inclusion, they are literally harmful.

It is, frankly, astounding that someone would not only have these thoughts, but that they would consider them enough to put in writing for others to see, then run for public office with no shame or care that the comments would be condemned. In other words, there is no misunderstanding, slip of the tongue, unintended offense or other excuse to be made. These beliefs were thought, considered, written and aired publicly with pride. Clackamas County is better than this, and deserves more from its leadership.