The number of encampments cleared during the pandemic was greatly reduced, now with new protocols it appears clearing will be more aggressive than ever. 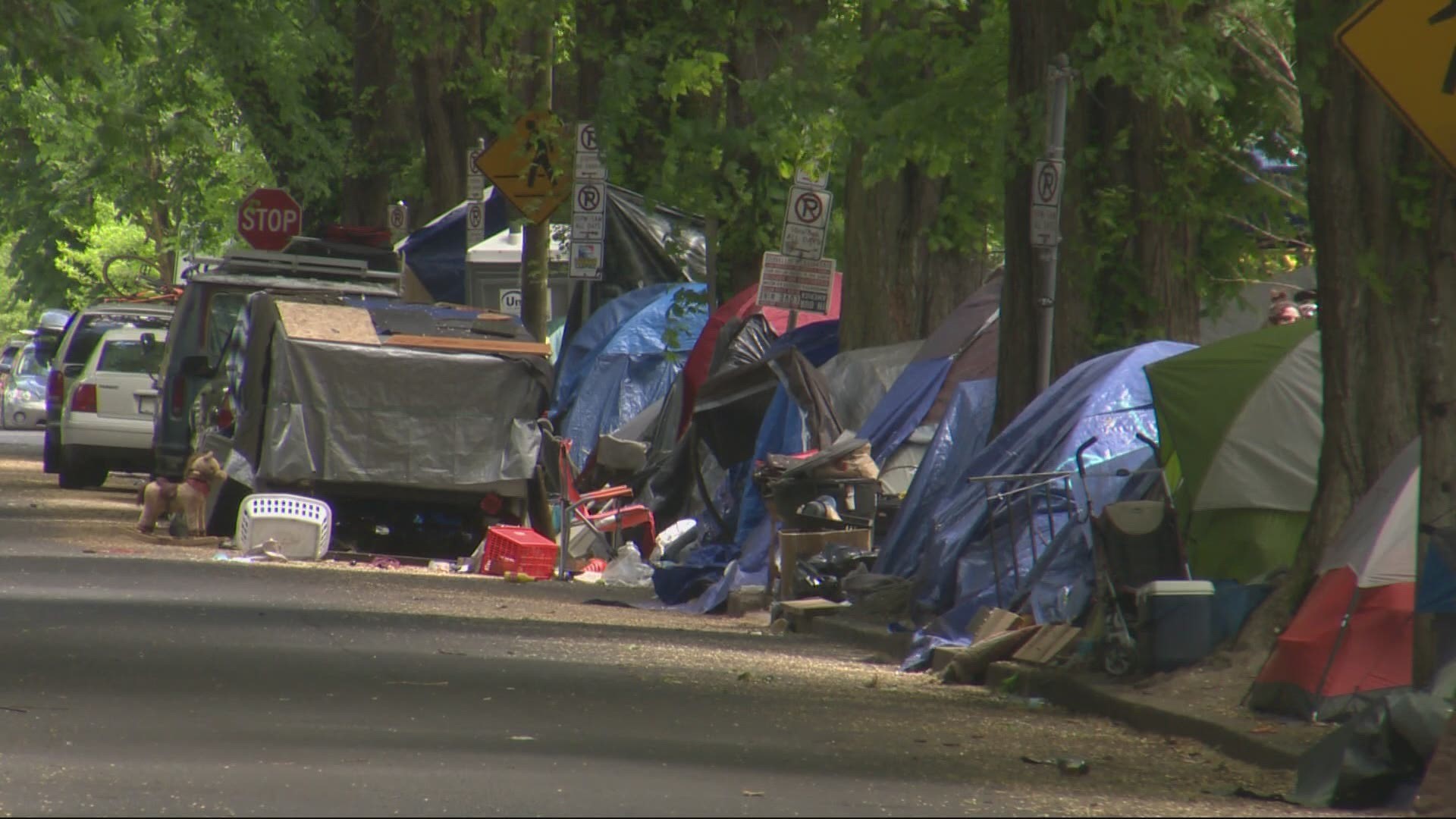 PORTLAND, Ore. — The city of Portland announced Wednesday it will get more aggressive in removing what it deems the most problematic homeless encampments in the city.

Since the beginning of the pandemic, the city had scaled back how many camps officials remove, and how quickly the removal process happens. The scale-back was an effort to limit COVID-19 transmission among people living on the streets and was in line with recommendations from the CDC.

The city stopped all camp removals between March and July 2020, and since then has removed fewer camps than typical and given campers more time to move after an eviction notice was posted.

But on Wednesday the city announced new health and safety protocols for clearing camps starting on Monday. Under these rules, city officials can prioritize removing campsites that meet certain criteria, including:

Homeless camps will begin being cleared on May 24 as the new guidance takes effect.

Before the pandemic the city reported clearing roughly 50 camps a week, but that number today has dropped to five a week.

City officials say that campsite removal is still a “last resort” reserved for encampments that pose the highest risk to health and safety. And due to the growing rate of the number of encampments and the mounting trash issue in Portland during the pandemic, program staff say if removal does not begin again soon it could take two years or more to return to pre-pandemic conditions.

"The Commissioners, Mayor, and their staffs reflected on existing unhoused camps around Portland, solicited feedback from housed and unhoused Portlanders, and worked to develop responsive protocols that balance these competing elements. These new protocols reprioritize public health and safety among houseless Portlanders and aim to improve sanitary conditions until we have additional shelter beds and housing available."