City on Portland Marathon: 'Nothing is normal when it comes to this event'

PORTLAND, Ore. -- After a months-long dispute, the Portland Marathon has finally received a special event permit, three weeks before the race. 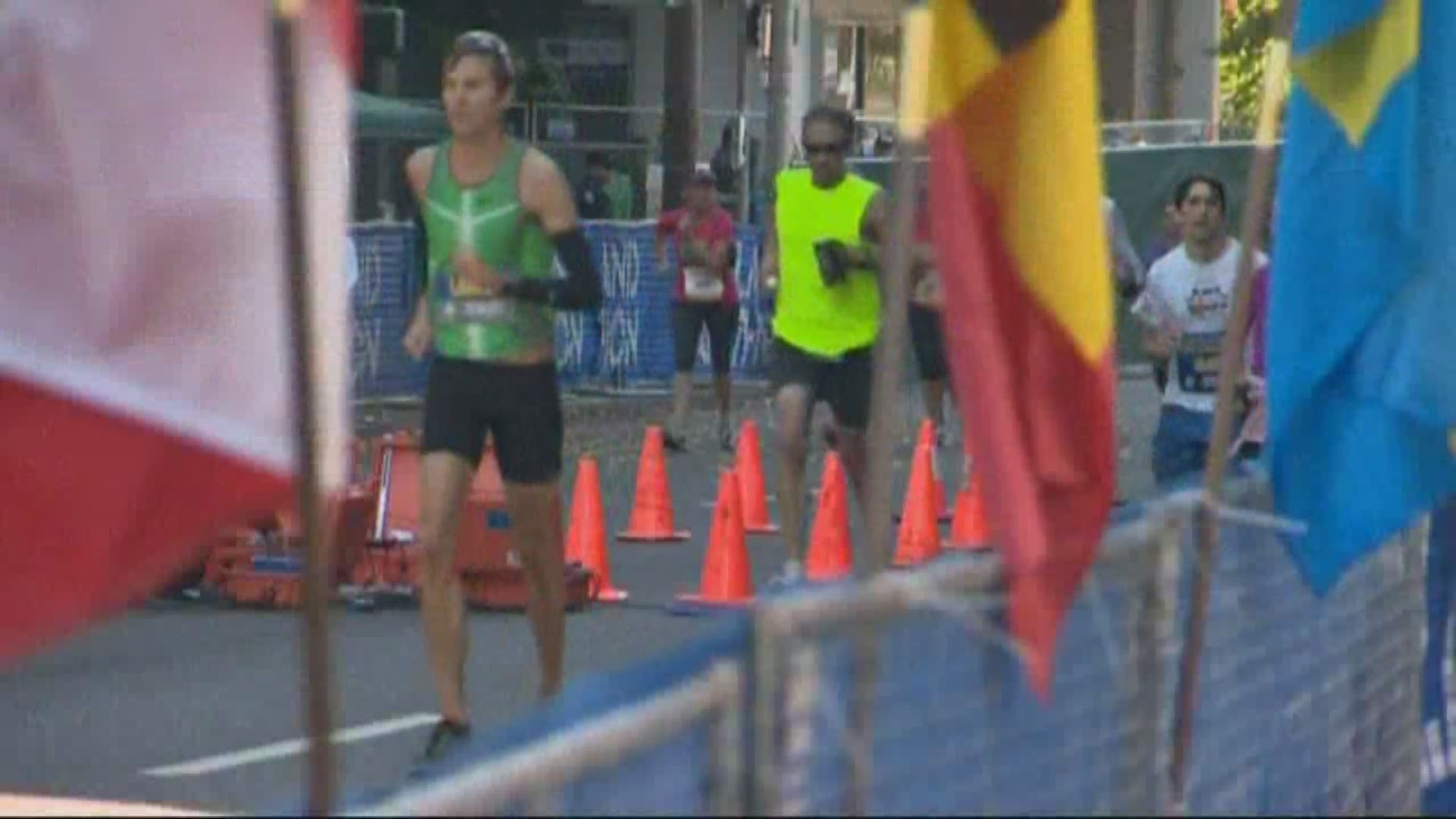 PORTLAND, Ore. -- After a months-long dispute, the Portland Marathon has finally received a special event permit, three weeks before the race.

The race will take place on Oct. 8.

Portland Marathon president Les Smith said his event usually receives a permit the week prior to the event, so this year is exceptional.

"We are pleased to have received our permit for the October 2017 event and note it is earlier than it has ever been received. Normally permits for our event and other running events are not issued until the week before the actual event," he said.

But Portland Bureau of Transportation spokesman Dylan Rivera said normally, the city grants pre-approval six months in advance with events -- which didn't happen with the marathon.

"Northing is normal when it comes to this event," Rivera said. "The marathon got its permit last year two days before the 2016 event because PBOT almost had to deny the permit and cancel the event entirely because the event organizers refused update their medical plan to provide the safety precautions people expect in the post 9/11 world."

Rivera said this year, the marathon never qualified for the pre-approval stage.

"We were forced to deny the permit in June, because they submitted a plan that could not be staffed safely by police and they made no attempt to revise their route to meet city guidelines," he said.

On Wednesday, Rivera said the event organizers finally met all conditions the city needed to in order to issue the permit.

"It was a real struggle and for a while, we didn't think this event would be possible," he said. "Here we are, less than a month in advance, issuing the permit finally. This is not the position we want to be in."

KGW first reported in June that The Oregon Department of Justice is investigating the marathon and looking into a possible conflict of interest with Next Events, which is owned by the nonprofit marathon's board president Les Smith and vice president Mamie Wheeler. The Portland Marathon paid Smith and Wheeler six-figure salaries, according to the latest tax filings from 2014, but the marathon also contracted event production with Next Events.

The DOJ is also looking into whether the nonprofit is operating legally, as it only has two board members instead of the required three. The investigation is still ongoing, the DOJ said Wednesday.

On Sept. 1, KGW reported that the marathon has new leadership for this year's race. Axiom Event Productions took over race operations from Next Events.

"We are excited to have received the marathon permit from the city," said Brad Nelson, race director with Axiom Event Productions. "Everything is on track for a great race on October 8."

In order to receive an event permit, the city required the marathon to prepay $47,800, which covers the cost of Portland police staffing, Portland Bureau of Transportation services and the special event permit fee.

In addition, marathon organizers agreed to follow a medical plan required by Portland Fire and Rescue. The medical plan calls for increased security and a coordinated plan involving the marathon committee and city agencies in case of an event like the Boston Marathon bombing in 2013.

The marathon was also required to select one of three city-approved routes for the 2017 race. Marathon organizers selected a slightly modified version of Option 1, which includes an out-and-back section along Highway 30, crossing the St. Johns Bridge and traveling onto Willamette Boulevard.

Smith praised the marathon course as faster than the traditional route.

"It takes in nearly all the iconic sights and includes nearly all of the route of the prior course, however, it is an out and back course rather than a loop," he said.

Smith said there are about 1,000 race volunteers, and participants hail from all 50 states and about 15 countries.

The 2016 Portland Marathon was rife with issues. The race accidentally sent runners an extra half-mile, likely disqualifying some from the Boston Marathon. It also awarded the winner's trophy to the wrong person.