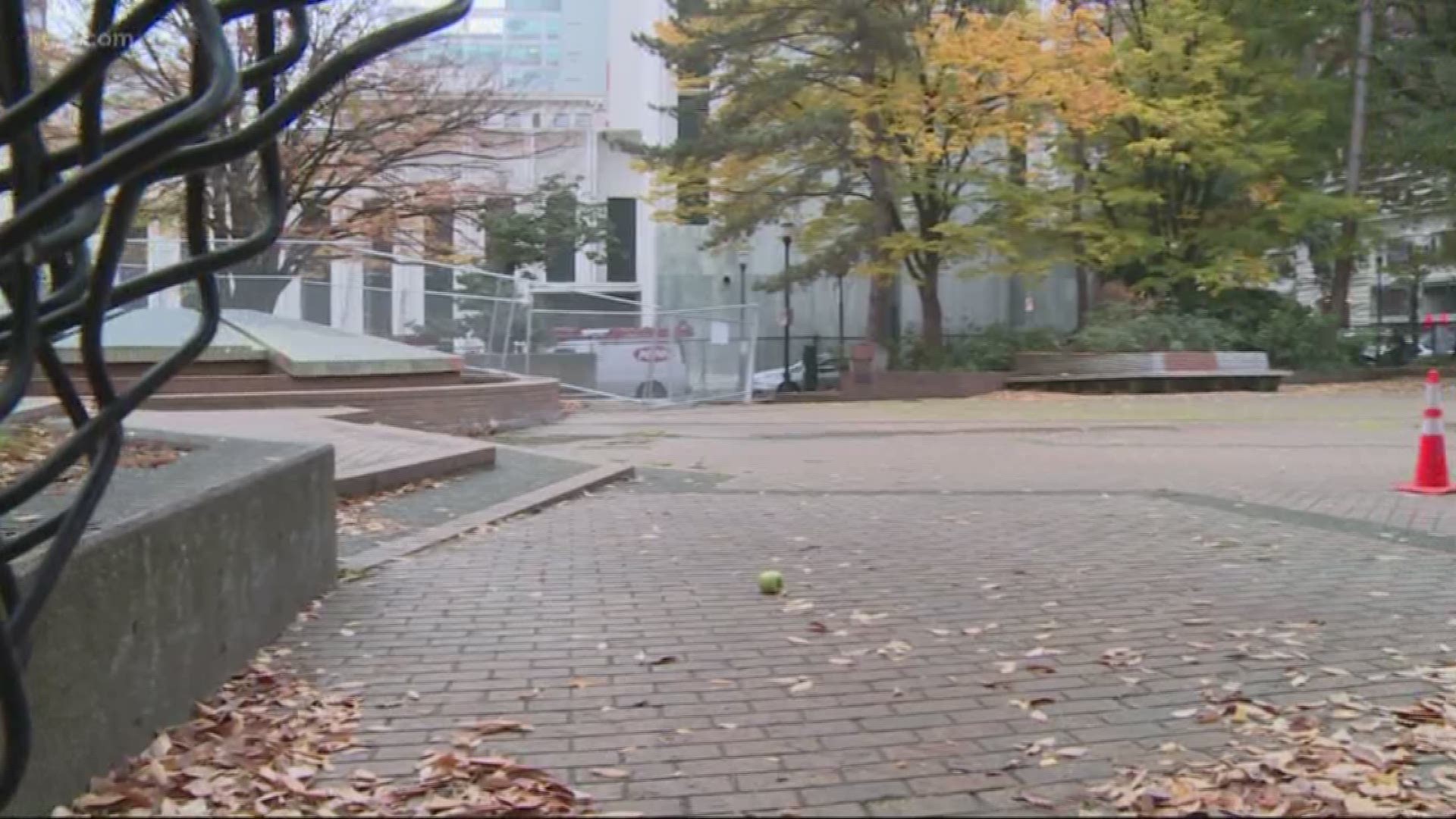 PORTLAND, Ore. — O’Bryant Square has been closed since March 2018 because of safety concerns, but this week the city took the first step to changing that.

O’Bryant Square is a small park located at the intersection of SW Park Avenue and SW Harvey Milk Street. It was named after Portland’s first mayor and became known as a lunch spot for people who visited the food carts that once occupied the space across the street.

However, it also attracted some unwanted activity.

“There's been a lot of people sleeping there and a number of needle drugs,” said Portland resident Erin Lamb. “I've helped clean up needles out of the park, which is sad.”

The traces of the history are still there, but the park has definitely seen better days.

“Yeah, I think it’s an eye sore,” echoed Kyle Leyser as he stood next to the park.

O'Bryant Square sits above a parking garage. The city had to close that in 2017. Water from the park leaked down into the garage and caused damage. By March 2018, it got so bad the city had to fence off the park as well.

Now more than a year later, the Portland Bureau of Transportation is taking bids to demolish the parking garage. It is part of PBOT’s plan to update five of the six SmartPark garages it owns downtown.

Taking bids is the first step in a long process. Once the parking garage is demolished, Portland Parks and Recreation could then redesign the space.

KGW asked people what they would like to see there.

“I think a new park,” Leyser said. “I think another skyscraper is just going to kind of diminish the whole area.”

“I would be happy if you'd turn it back into a park,” said Joel Leonard who lives nearby. “It had some problems before it was turned into this eye sore, but a public park is a great thing and we'll enjoy it again when it gets refurbished.”

Portland Parks will be looking for input from people when it gets closer to the design phase. That is still a long way off though. PBOT said it will not have a cost estimate for removing the parking garage until summer of 2020.

PBOT decided to demolish the parking garage instead of fix it because repairs would cost between $2 and $4 million dollars.

Park staff said they are eager to make O’Bryant Square a popular gathering place again as soon as possible.