City of Portland reveals plan to ease wounds of gentrification

Portland housing officials confirmed Wednesday they are moving forward with a complex, multifaceted vision in an attempt to ease decades-old wounds of gentrification and prevent new ones. 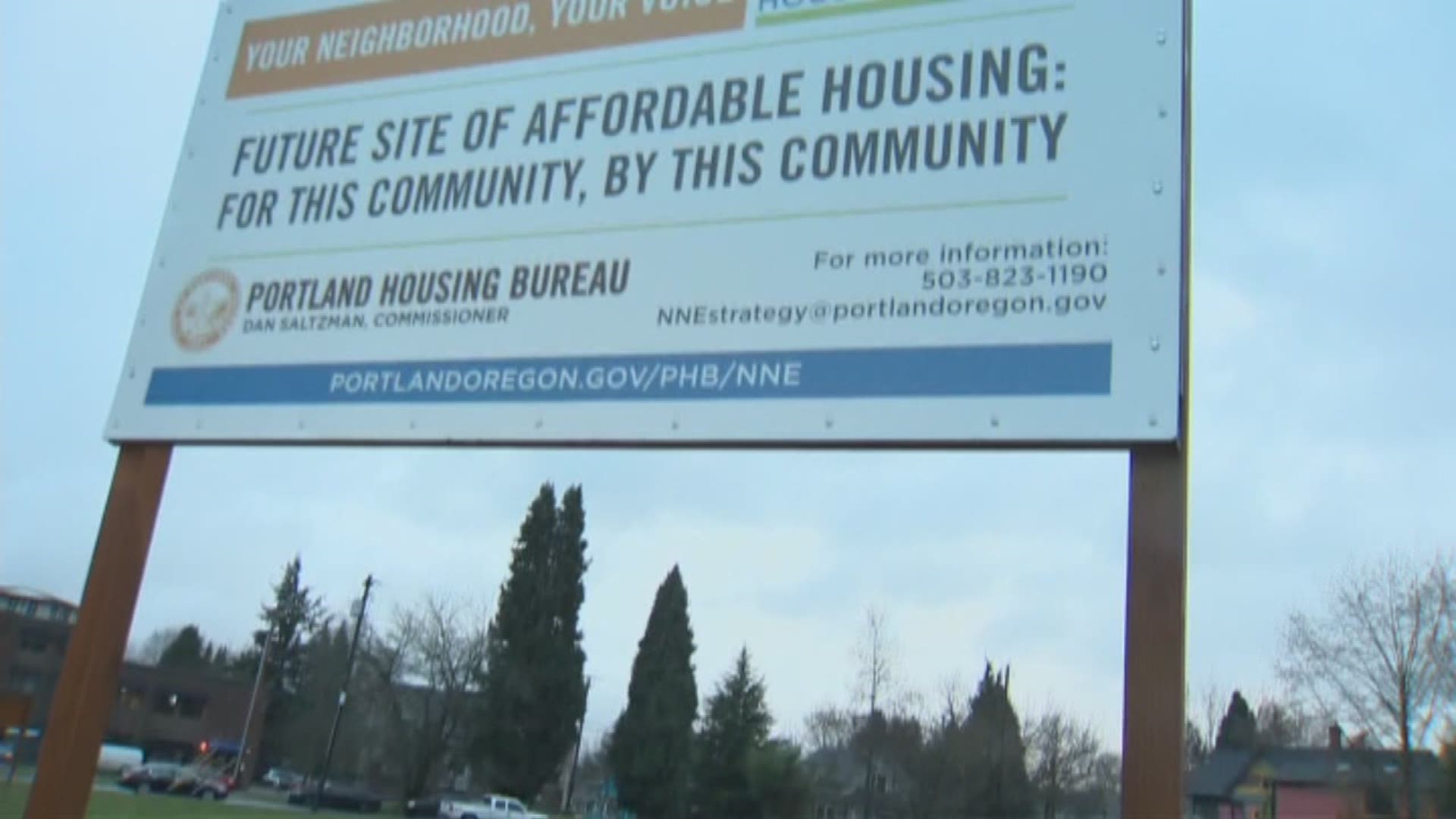 PORTLAND, Ore. -- It’s been dubbed the “right to return," an unfamiliar concept in a city, all too familiar with the pains of growth.

Portland housing officials confirmed Wednesday they are moving forward with a complex, multifaceted vision in an attempt to ease decades-old wounds of gentrification and prevent new ones.

Among their plans is a program that would give previously displaced families preference when applying for city-owned affordable housing.

“They will move to the top of the line for access to housing that we help fund or down payment on home purchases, in the North-Northeast area,” said housing Commissioner Dan Saltzman.

Specifically, the city is focusing on families forced out of their North Portland homes in the 1970s to make room for the expansion of Emanuel Hospital. The complex is now called Legacy Emanuel Medical Center.

“A lot of it’s really just social justice. I mean there are still very real memories of the displacement that occurred,” said Saltzman. “This area has, historically, been sort of the heart of the African American community, and it’s still where people come to worship. There are still businesses they come to patronize, and I think there’s a very real desire, as people are being priced out of that area, there’s a very real desire for families who used to live in that area to return to that area.”

Officials are also zeroing in on those caught in a similar cycle, in the 1950s, ahead of the construction of Veterans Memorial Coliseum.

“You’re talking about a community of people who have been impacted by their roots,” said Bishop Steven Holt. “If you uproot a tree, what happens? If you don't replant it, the tree is going to die.”

For Holt and his family, the policy is personal.

He says his mother and aunt were forced out of their North Portland home, to make room for the Emanuel Hospital project.

Holt, who now works with the city on housing issues, says the wounds run deep.

“It’s not a homerun, but it’s getting on base," Holt continued about the new policy.

He says he doesn’t plan to take advantage, but he hopes others do.

“It's good work. It's just hard work, and it's ongoing work. We’re not going to solve the pain of yesterday. It's not going to happen,” Holt said. “But we can try to make some things right for tomorrow and today.”

The city will spend $96 million over 10 years to execute the plan.

If you believe you or your family should be considered under the city’s ‘preference plan,' contact the office of Commissioner Dan Saltzman.

Event Guide: Where to see holiday lights in Portland