The 2018 Portland Marathon has been canceled and the nonprofit behind the race will shutter, according to a letter from the marathon's board of directors. 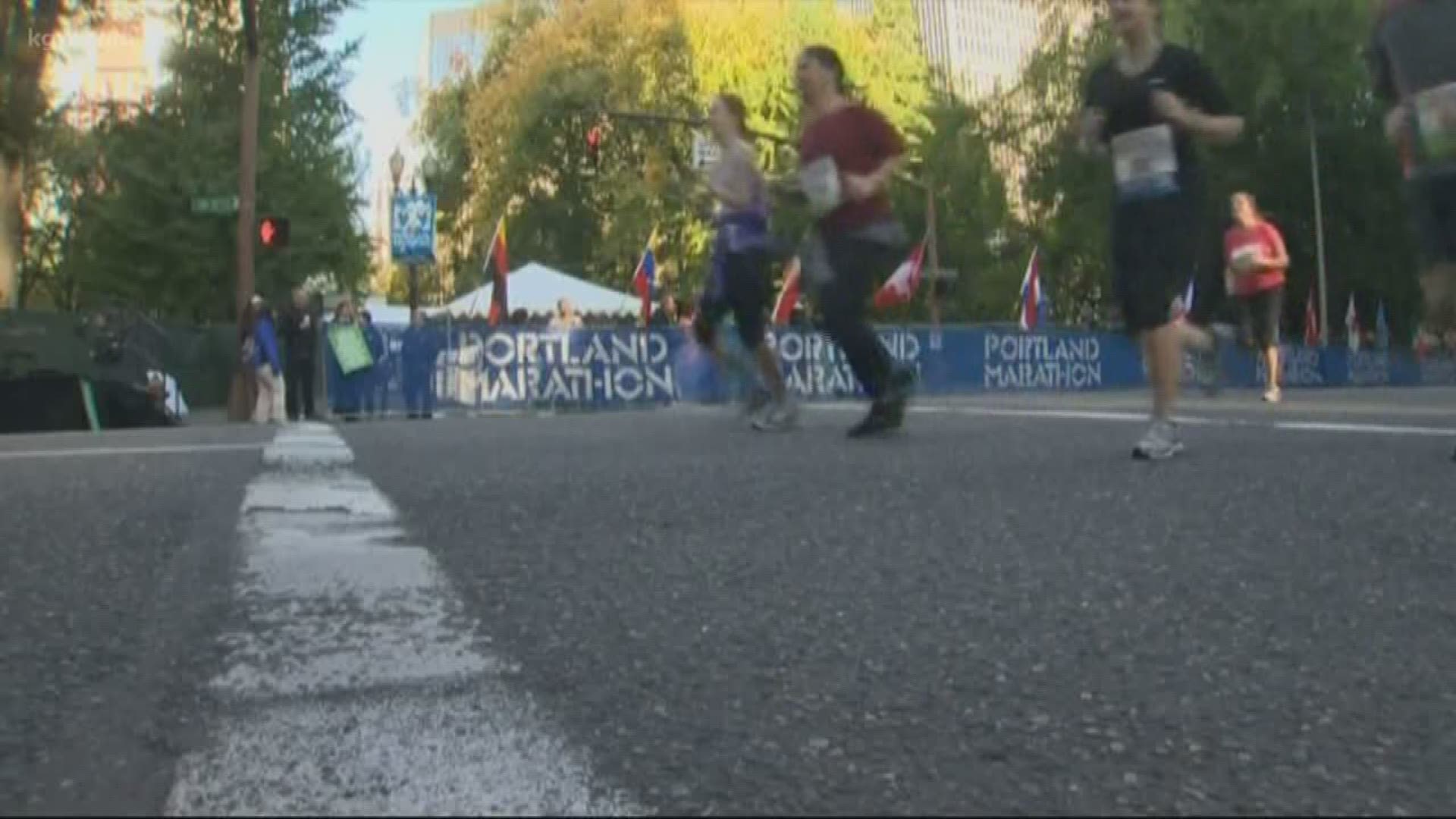 PORTLAND, Ore. -- The city of Portland is officially looking for a new marathon producer, after the Portland Marathon shuttered amid controversy following 47 years of operation.

The city posted a "Request For Information" on Friday, hoping to solicit potential event producers who could handle launching a new marathon in Portland.

The RFI was one reason the current board of the Portland Marathon folded the organization, instead of trying to ressurect it following a Department of Justice settlement involving the marathon's former president and director, Les Smith.

"Earlier this year, the City established a plan to issue an RFI to find a race operator for a world-class marathon for the year 2019 and beyond. The board of the Portland Marathon, having gone through various operational and legal challenges over the past few years, felt that the RFI would undermine their ability to produce a race in 2018," said Michael Cox with the mayor's office. "The City expressed that we wanted to continue to work with them on the 2018 race, but that we understand their decision. While we move forward with our plan for 2019 and beyond, we will also analyze the potential options, if any, for a 2018 race.”

The Portland Marathon nonprofit organization, which has put on the marathon for nearly five decades, announced it would cancel the 2018 race and shutter operations.

The marathon's board of directors sent an open letter to the city of Portland and the Oregonian newspaper on Friday, announcing the news. (Read the full letter at the bottom of this report)

"Our decision was based on a number of factors, including a decline in race registrants for 2018 and the board's understanding of the City of Portland's desire to move in a different direction," the marathon's board said in the letter.

The board said all 2018 race registrants will receive a full refund.

In June 2017, KGW first reported that the marathon was under investigation be the Oregon Department of Justice for conflicts of interest and misuse of funds.

Earlier this month, the DOJ found director and board president Les Smith had loaned himself more than $800,000 from the marathon.

Smith resigned from the board and is no longer allowed to work in nonprofits, foot races or as a lawyer in the state of Oregon, per a settlement agreement.

A new board of directors was formed in Smith's absence.

Smith was the Event Director at the Portland Marathon for more than 30 years. He previously worked as a lawyer in Portland and was a founding partner of the downtown Portland law firm, Bullard Law.

The city of Portland has also encountered several recent issues with the Portland Marathon, although none illegal. In 2016, the marathon sent runners an extra half-mile and awarded the winner’s trophy to the wrong person.

In 2017, the city initially denied an event permit for the Portland Marathon, citing lack of police officers available for the event’s original route, and insufficient communications from marathon organizers.

The Portland Marathon was required to meet a list of demands, pre-pay some costs and agree to a new route. It also hired a production company called Axiom Event Productions to operate the 2017 event.

Full letter from the Portland Marathon board:

Open letter from Portland Marathon Board of Directors

There will be no Portland Marathon in 2018

After much deliberation and thoughtful consideration, the Portland Marathon Board of Directors has decided not to hold a Portland Marathon or Half Marathon in 2018 and to begin the process of dissolving the organization. While this was a difficult and painful decision for all involved, the Board reached this decision after considering input from our many stakeholders and determining what we feel is best for the running community and the City of Portland.

First and foremost, we want to assure all 2018 race registrants – approximately 2,500 – that they will receive a full refund of registration fees through our race registration platform, Active.com. All remaining funds from the organization -- after accounting for expenses and consistent with state law – will be donated to local charities.

The Portland Marathon has operated in the City of Portland for 47 years, building the race from a small, local event into one of the premier marathons in the world. We are proud of the event’s tradition as a marathon of the people and are grateful for the opportunity to have been part of successfully hosting this great event in the Rose City for so many years.

Our decision was based on a number of factors, including a decline in race registrants for 2018 and the Board’s understanding of the City of Portland’s desire to move in a different direction.

Upon taking oversight responsibility, we made diligent efforts to move the Portland Marathon organization in a positive direction and resolve past challenges. The state of the organization, however, has proved too fragile. We concluded that the only responsible choice is to dissolve the organization and distribute the remaining funds to charitable organizations.

We are grateful to the Oregon Department of Justice and Attorney General Ellen Rosenblum for working tirelessly to assist us in recovery of funds taken from our organization. As a result of their work, remaining funds will be used to support important causes and organizations in Oregon.

We extend our deepest thanks and most sincere gratitude to all of our participants, volunteers, charitable partners, sponsors, vendors and city leaders who, over the last 47 years, have worked tirelessly to ensure a successful race. We cannot begin to express what a pleasure it has been to work with you all and how grateful we are for your commitment to our shared tradition.

As longtime supporters of the Portland Marathon organization, today represents the bittersweet end of an era, but we remain hopeful that a new organization will take up the torch and give Portland an annual, world-class marathon for years to come.