The mayor, per his latest budget proposal, wants to wait and see the data. Commissioner Jo Ann Hardesty wants to approve the full funding now. 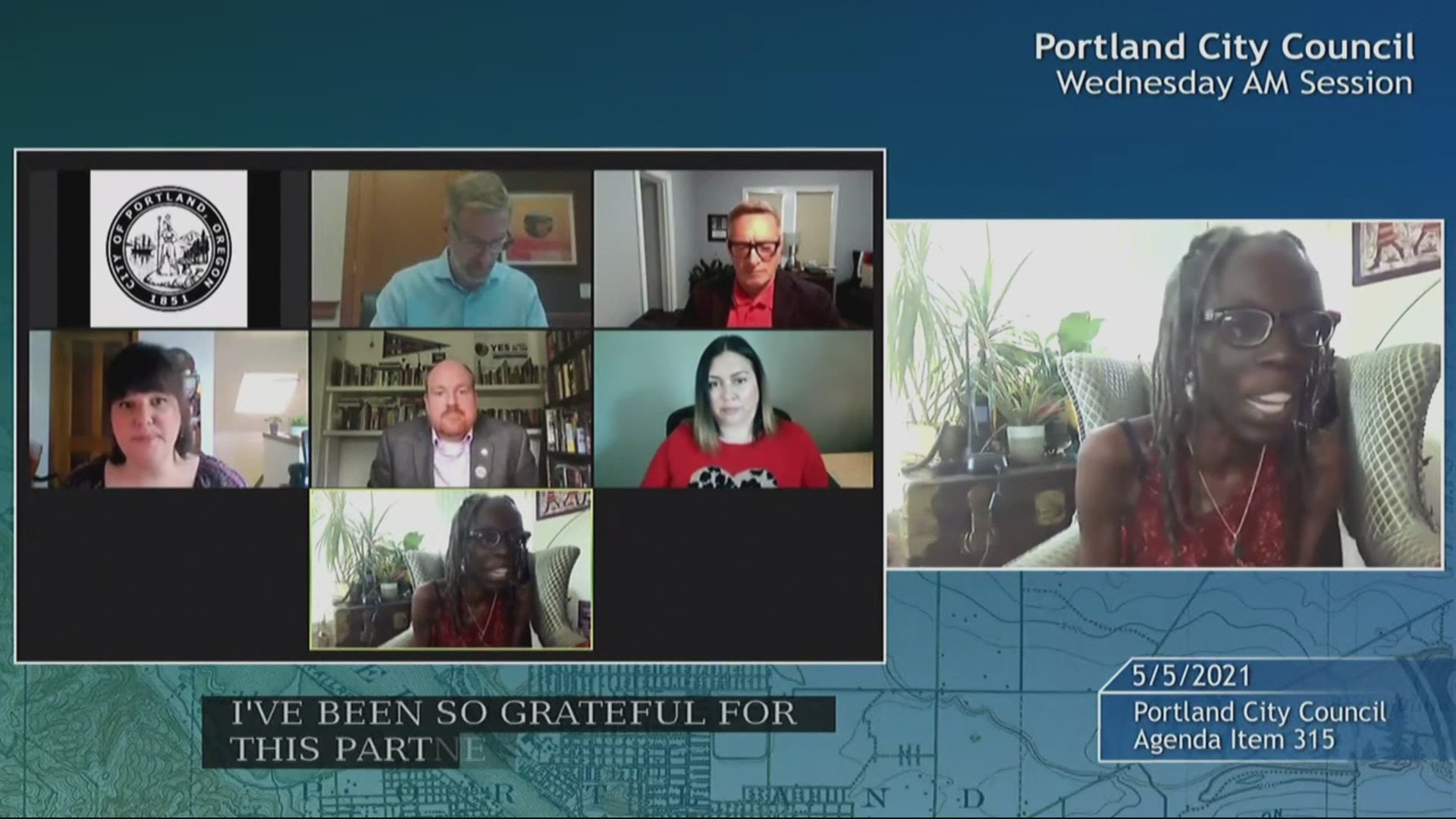 PORTLAND, Ore. — Months-old plans to expand Portland Street Response (PSR) citywide in March 2022 may have hit a crucial snag in the form of Mayor Ted Wheeler’s 2021-2022 budget proposal. As part of that proposal, the mayor wants to hold off on greenlighting spending all the money set aside for the alternative policing program earlier this year, most of which was aimed at that spring expansion.

In short, he wants to wait and see the data. Commissioner Jo Ann Hardesty, who oversees PSR, wants to approve the full funding now.

“The community is just thirsty for a Portland Street Response,” she said in an interview Thursday.

Mayor Wheeler wasn’t available for an interview Thursday, but in a statement his office told KGW, “The Mayor’s proposed budget fully funds continuation of this pilot through the next fiscal year and proposes Council check-ins at the 6- and 12-month marks to learn how the pilot is performing and make data-informed decisions about full implementation.”

Based on a decades-old model in Eugene, Portland Street Response sends a paramedic and a crisis counselor to non-violent calls involving mental health or addiction. Portland police were among many who supported the idea, arguing it frees up officers to deal with actual crimes.

When officials launched it in February, they thought it best to start small, as a pilot project Southeast Portland's Lents neighborhood.

Following historic cuts to police funding, city commissioners set aside $4.8 million to fund PSR. After launching the program, staff confirm about $3.6 million remains unspent. They'd planned to put that toward that citywide expansion, to cover things like hiring staff and buying equipment and vans.

Now, that plan needs final approval in the city’s next fiscal budget, and instead of signing off on spending that money, the mayor wants to hold back. He's proposing greenlighting just under $978,000 to keeping the program in Lents through the fiscal year and revisiting whether to spend the rest once council has had a chance to review data on the program.

Hardesty told KGW Thursday, she fears waiting until March or close to it, will delay the expansion by several months. Without approved spending, she said the city can’t hire anyone.

The debate is marked by rocky moments for PSR. Last month Willamette Week reported PSR was being vastly underutilized, with 911 dispatchers sending the teams on one or two calls a day. New data from the program's online dashboard shows the call rate is increasing. PSR went out on 63 calls in April, up from 43 in March.

Also last month, a deadly police shooting in the same neighborhood Street Response serves pointed a spotlight at the program. A Portland police officer shot and killed Robert Delgado in Lents Park. They said he was armed at the time, later saying it was a replica gun. Critics argued Portland Street Response should have been sent, perhaps with police, to try and deescalate the situation. A spokesperson for PSR, who declined to comment on the budget debate, said staff reviewing their criteria for calls moving forward.

Met recently with @PDXStResponse & @JoAnnPDX about better responding to crisis situations. I’m fighting for federal funding to expand these programs nationally. I hope the City of Portland demonstrates the value of this critical program by fully funding it in its next budget. pic.twitter.com/pqSZkjs4UO

Wednesday night, city commissioners heard public testimony on the issue. They're also getting feedback on social media. Congressman Earl Blumenauer and Senator Ron Wyden both tweeting support for Hardesty’s plan to fund the program in full.

The people of Portland have made clear their desire to rethink public safety and I’m urging the City Council to fully fund the Portland Street Response pilot project. pic.twitter.com/19oChLtL9z

Tuesday, the local paper Street Roots published an op-ed calling for the same.

“Yesterday on the streets of Old Town, a lot of people who work with Street Roots and are unhoused were discussing this,” said executive director Kaia Sand, in an interview Thursday about the mayor’s plan. “There was a sense of betrayal like that their very lives actually are on the line.”

City commissioners will hold their initial vote on the mayor’s budget proposal and amendments next Wednesday. A final vote is set for June 17.