A new Portland chocolate house is facing sharp criticism before even opening its doors. The owner said he is taking the concerns seriously. 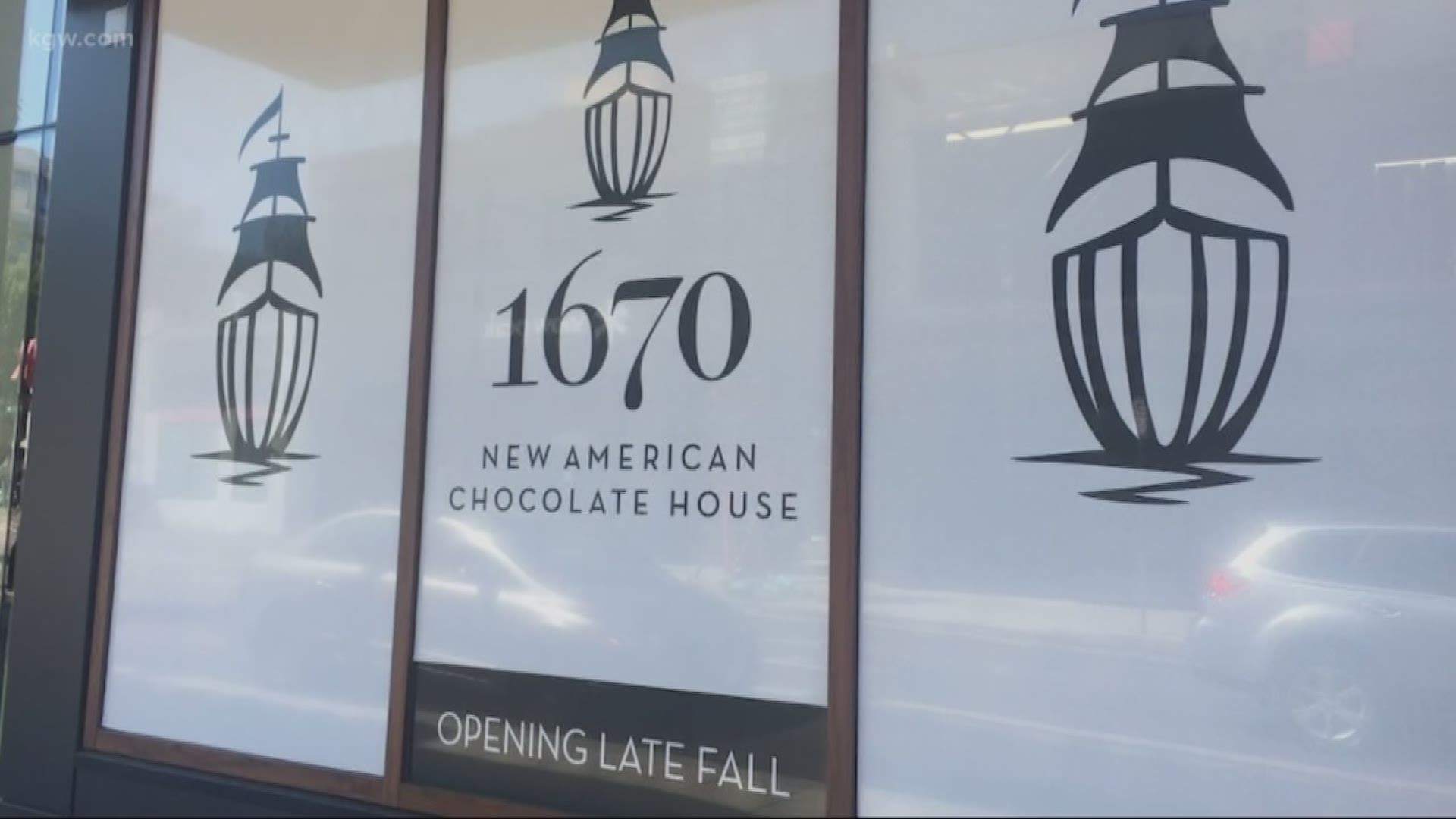 PORTLAND, Ore. — A new Portland chocolate house is facing sharp criticism before even opening its doors. Critics said 1670 New American Chocolate House ignored a connection between its name and branding and the slave trade.

The shop is still under construction at Northwest 14th and Glisan in Portland’s Pearl District. Owner Michael Arnovitz plans to roast his own fairly traded cacao beans and use them to make single origin chocolate for eating and drinking.

“We used to have chocolate houses in this country the way we have coffee houses now,” said Arnovitz. “The first known American chocolate house was created in 1670 in Boston.”

Arnovitz said that’s how he came up with the name 1670.

“Using it just connected me to the history of American chocolate.”

It also created a disconnect with some. A few days ago, someone altered Arnovitz's window display that included three trade ships. They added a timeline illustrating what else happened around 1670—a rise in the transatlantic slave trade, genocide and land theft connected in part, to the cacao industry.

“I just looked at it and I was like, 'Wow!' I was just kind of stunned,” said Arnovitz, adding that it was not at all what he’d meant by his name and branding. Still, he decided to take it all down.

“It's not the community's job to understand what my motivations are or the meaning this has for me,” said Arnovitz. “It's my job to care about the concerns of the community. This thing offended a lot of people in the community and that's all I need to know.”

Local artist and activist Molly Alloy claimed responsibility for changing the window display. We invited them to comment for this story but didn't get a response before our deadline.

Alloy later tweeted, "I have so much respect and appreciation for this business owner's response. Can't wait to see you in January over some tasty fair trade chocolate."

In an open letter, Alloy suggested the community should have learned from protests over the now shuttered Saffron Colonial restaurant in north Portland. Its owner, Sally Krantz, faced criticism for the name itself and menu items like Plantation Punch. Moreover, Krantz called the protests over them, “nonsense.”

For his part, Arnovitz said he now plans change the name of his chocolate house, though he doesn’t have a new name yet.

“If you make a mistake, I think you just need to own it,” said Arnovitz. “We have to do some re-branding.”

Arnovitz hopes when his shop opens in January, the only debate will be what to order.

“I'm going to turn it around and make a chocolate house they're going to love and the community can be proud of.”

RELATED: Cafe owner in North Portland says business is suffering because of past owner's reputation

READ: Get the new KGW app before severe weather hits!