A 10-year-old boy in Kentucky was recently adopted and asked to have his legal name changed to Darius Russell Wilson Birt. 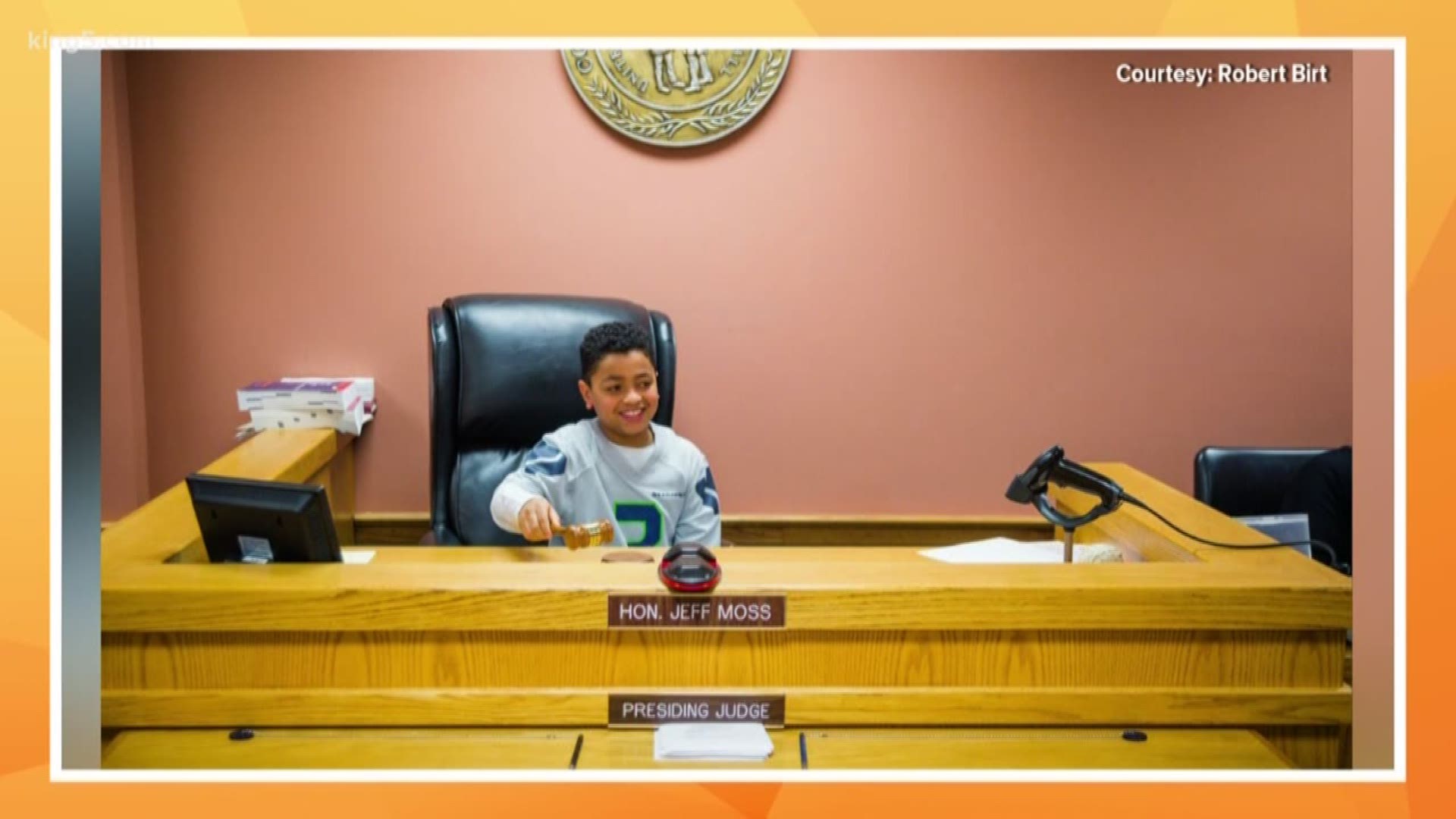 A 10-year-old boy in Jessamine County, Kentucky had a very rough upbringing, but now he has a permanent home with a loving family. He also is happily sharing his new legal name that pays homage his idol-- Seahawks quarterback, Russell Wilson

Nowadays, Darius Russell Wilson Birt spends most of his time playing sports, getting straight As and singing in youth choir.

He spent a year and a half in foster care. His mother and father were in and out of jails and prisons, and the only life he knew was the streets and abuse, according to his family.

"He went from thinking drugs and abuse and everything was the norm. It's not. This kid right here is going to be somebody," said Robert Birt, Darius Russell Wilson's new father.

The Birts took Darius in as a foster child in 2018.

They made him a permanent member of their family just in time for the holidays.

"I had a blast," Darius said when thinking back about his adoption. "I couldn't stop smiling. My cheeks were hurting from smiling so much."

Darius said he chose his namesake because Wilson is "a good scrambler and a good quarterback and he's Christian."

His newly-adoptive parents said they loved the name change because they believe Russell Wilson is a great role model for Darius.

"He's a pillar of his community," Robert Birt said. "He's actually a leader on his team. He's one of the best quarterbacks ever and he's a great person and for him to have that role model. It's very important."

The Birts grew up in Washington state and they have been Seahawks fans since 1978.