It's unclear at this point how much of the crop may be lost, but even cherries deep within the trees were damaged by the heat. 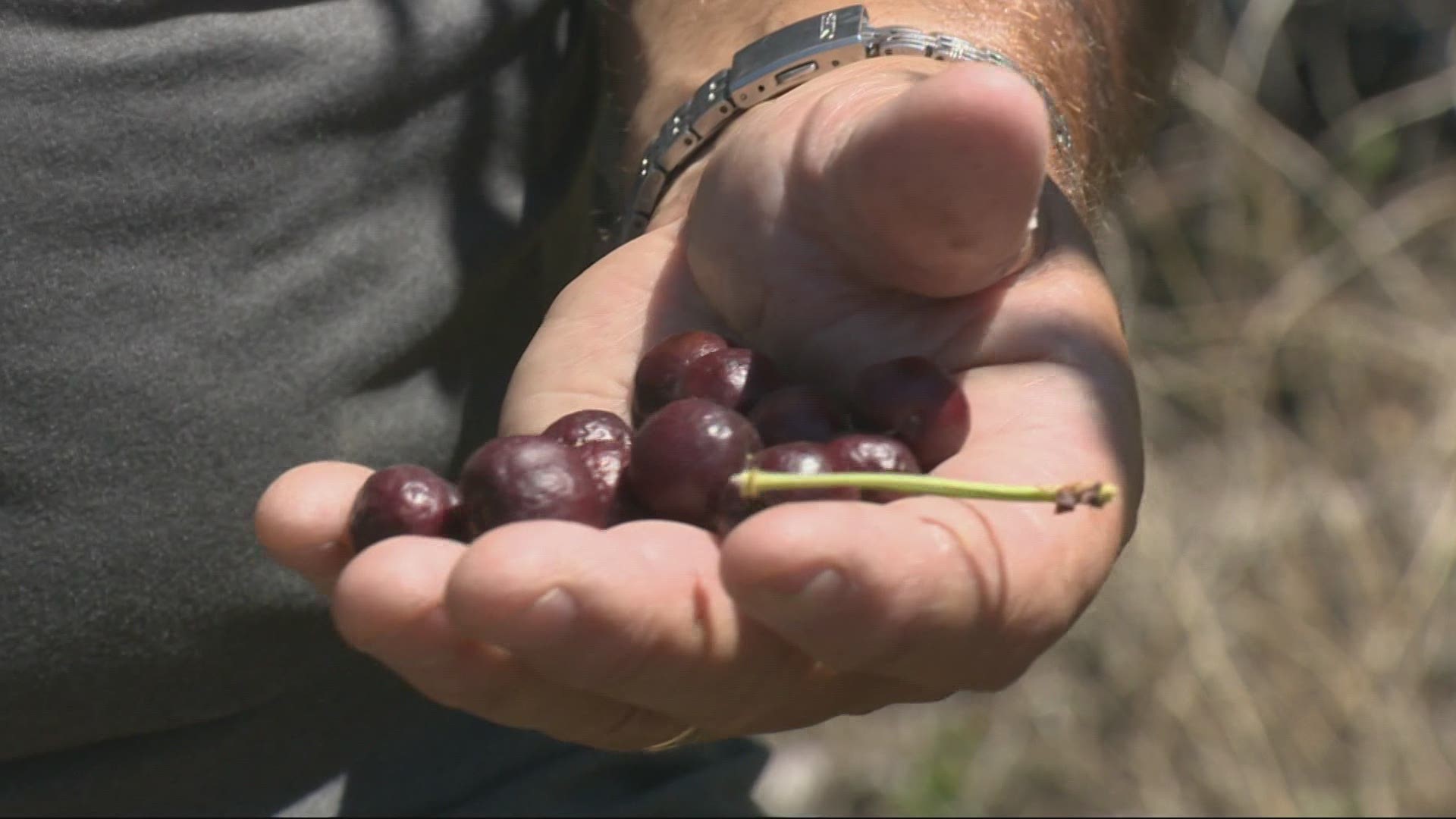 DUFUR, Oregon — The scorching heat wave in the Northwest at the end of June destroyed an unknown amount of cherries nearing harvest in the Columbia Gorge.

Over the last 24 years, Jim Woods and his 30-acre cherry orchard near Dufur have weathered good and bad years, but he's never experienced anything like the extreme heat that cooked much of his cherry crop.

“Last week they were real cherries and they were growing," said Woods. "And now they look like Craisins."

Woods said the heat proved more than his fruit could handle. He said it was 115 degrees two days in a row, then got even hotter.

All across his orchard, withered cherries hang on stems across the outside of the trees. But the heat also penetrated deep into the tree, reaching even shaded berries. It stunted their growth, and Woods said if picked, many would be thrown away because they are damaged or too small. Another term for that is “culled."

The intense heat reduced a crop that Woods expected to bring in as much as $150,000 to zero.

“It would just be foolishness to try to pick 'em,” said Woods.

Credit: Pat Dooris
Unprotected cherries on a young tree show the impact of severe heat on the fruit as its nearing harvest.

Across five states in the Northwest, including Oregon and Washington, 2,000 orchards are harvesting an estimated 22 million boxes of cherries. It’s unclear how many the heat destroyed.

“We certainly lost fruit. And along the river there in Oregon is no exception,” said James Michael, VP of Marketing for Northwest Cherry Growers, a state agency in Washington funded by growers that supports growers and promotes cherries. Michael said it’s important for consumers to remember there are plenty of cherries untouched by the heat in stores now, and some far enough from harvest that they were not damaged by the temperatures.

But it’s also clear that many others were hurt.

“We see heat stretching from British Columbia all the way down to California. I don’t think there was a cherry grower out there that was spared on the Pacific coast in one form or another,” Michael said.